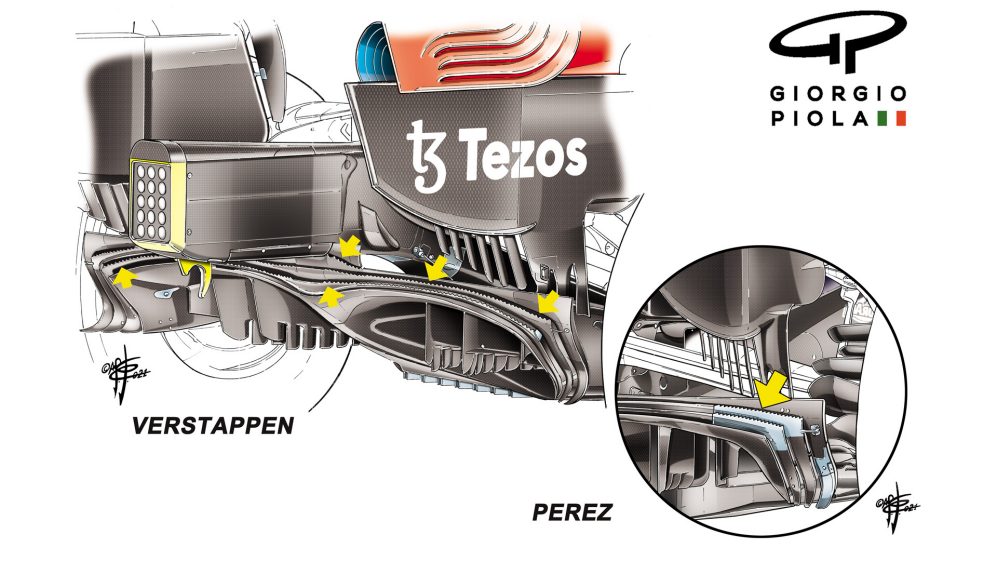 Engine Upgrade is the buzzword in the paddock right now. Mercedes is finding ways to gain the 0.2 sec that its deficit on the Redbull after the Styrian Gp In this section, we look into how Mercedes is trying to upgrade its engine through a loophole.

Mid-season engine upgrades are not allowed in the Technical rules and regulations of 2021. According to the regulation, changes to the engine to increase performance are prohibited. But every engineer 👷‍♀️ knows that with improved reliability, sharper mappings can also be activated without damaging the drive.

Alpha Tauri, has a Honda as the engine supplier like Redbull. Pierre Gasly and the team, in general, have found out the Honda Engine in the car is lacking reliability. So Honda is working on the engine found a way to increase the performance of the engine. That’s why Redbull had a new engine in France rather than in Baku.

According to the report from AMUS the german media outlet, the Redbull upgrade has increased the power output by 10 Kwh which in turn translates into 14bhp. Though many critics say that AMUS is a german media outlet and it’s putting out information without confirmation, recent upheaval by Toto proves the same.

After a heartbreak 💔retirement, Williams, a Mercedes Customer team is also facing reliability issues. Mercedes are now planning to use this to their advantage. But will it work?. Engine upgrade in general takes two or so weeks. So the Austrian Gp will have no changes in the Mercedes Engine.

Red Bull has responded to questions about its impressive straight-line speed by attributing the gains to its low-drag set-up and smaller rear wing. Toto Wolff has been on his toes with Redbull criticizing the backlash from Rebull about the Engine Upgrade Questions.

Sergio Perez in his recent press conference said ” The team is pushing hard Everyone back in the factory is trying to develop the car as best as possible, bringing upgrades pretty much every single weekend. You can see the results on track. Obviously yeah, we’re running a smaller rear wing than the competition. So hopefully that can be an advantage come race day”

Consequently, the development parts just keep arriving and of late they have centered around the car’s diffuser. At the Red Bull Ring, Max Verstappen had a further-developed version of the ‘shark’s tooth’ diffuser first seen during practice at Monaco.

Since there is a complete overhaul of the regulations in 2022, everyone at some point should stop developing this care and go on to the next year. Redbull in the wake of fighting this championship might be losing out on the car development for the next year. Mercedes in the recent press conference has revealed that they have stopped developing this year’s car. 🚗 But the fight is far from over. Allison has other ideas in mind. In the recent Podcast to F1 Nation, He revealed that the fight is far from over.