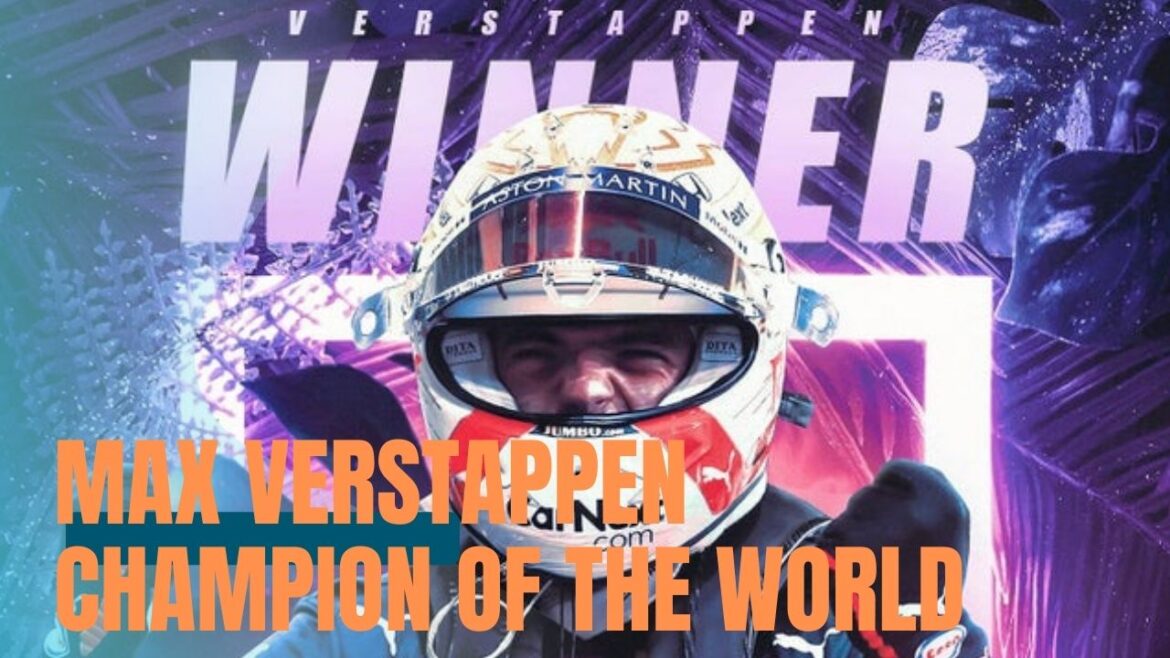 Max Verstappen, it was a drive worthy of a champion. He lost the lead at the start, and until the VSC, seemed to be out of the running. But the VSC period gave him fresh tyres on which to chase – which he was doing. Again it didn’t look like he’d just manage to get there, until a Safety Car left him on fresh tyres with one racing lap to go. And he made the move stick. Under huge pressure. What a drive !

This is how it went down!

It’s finally here, the championship finale. One race decides all. Abu Dhabi is the venue for this epic showdown, the first time since 2016 that the championship will be decided at the very last race of the season. As if that wasn’t dramatic enough, the two title rivals are tied on points, the first time that has happened heading into the final race of the season since 1974.

The Dutchman struck the first blow of the weekend when he grabbed the pole yesterday. He won here from P1 on the grid last season and will be looking to emulate that result tonight. Win, and the title is his. This race has been won by the pole-sitter every year since 2015.

We’re feeling good, let’s see what the tyres will do in the race. We’re confident the tyres will be decent. It’s the right tyre for the start. A lot of things can happen, yeah, looking forward to it!

As for Lewis Hamilton, he didn’t make a mistake, but simply lacked the pace to compete yesterday. He did grab P2 on the grid, and as he said at the time, at least he can see where his rival is.

I’ve just got to prepare in the best way possible, I’ve given it absolutely everything. I’m doing what I absolutely love. Best energy I can. We don’t know what the strategy will be, we did a good job getting through on the medium tyres in Q2. I think it’s the right strategy. We’ll give it everything with what we have.

Down to the first corner, it is a good start for Max Verstappen, but Hamilton has got the jump on his rival! Side by side and Hamilton gets the racing line into Turn 1 and takes the lead. Perez has picked off Norris for P4, as the McLaren man runs wide.

Hamilton ran wide into Turn 6, and Verstappen comes up and takes the lead. Or does he? Hamilton returns alongside and now Max Verstappen is crying on the radio that he needs the position given back… A replay should clear that one up.”He pushed me off track,” says Hamilton.

Hamilton leads by 1.9s now, but Max Verstappen has put his foot down and set a purple first sector.” We’re a little bit shocked at that,” says Christian Horner on the Red Bull Pit Wall. “We’re not best pleased.”

Hamilton does extend his lead the next time around, and now has 2.4s of breathing room behind. “Rears are starting to struggle a little bit,” says the Max Verstappen. That’s not good news. That pit stop window might open earlier than expected tonight – remember, tyre degradation was higher than expected on Friday in practice.

Red Bull are in the pit lane – and Max Verstappen pits! This is early, and he gets a fresh set of hard tyres. Just 2.1s, the team nailed that stop. he comes back out behind Norris in P5.

Mercedes are mirroring Red Bull’s strategy here, and pit Hamilton. He too swaps to hards, after a 2.4s pit stop. That promotes Perez to the lead, and Hamilton returns in second. Verstappen picks off Sainz into Turn 6, and to be fair, the Spaniard didn’t fight that one over much. Back up to third for the Red Bull man.

Unbelievable driving from both here, and Perez remains in the lead. Hamilton gets past Perez now into turn 6, but that has cost him Verstappen is right behind, and understandably, Perez now lets his teammate through.

Tyres done, Perez pits. That’s his involvement at the front done and dusted for the night, and what an important contribution that could prove to be. The gap at the front is 1.7s. Game on.

Giovinazzi stops VSC What does Lewis Hamilton and Max do !

“No shifting,” the Italian is told, and he pulls off at the exit of Turn 9. Who will pit? Not Hamilton – he continues, but Verstappen pits! Here we go, this is about to be very exciting. New hard tyres for the Dutchman, another swift stop and he comes back out between two backmarkers, but still in second.

They are back racing its Lewis Hamilton Race to loose

Twenty laps to go, and can Hamilton make these hard tyres last the distance? He leads the race, and Verstappen is second – the gap is 16.9s. This is it, this is for the world championship.

This one is now set for a barnstorming finish – do not go anywhere. Verstappen is going to chase, chase, chase. Hamilton has to protect the gap whilst protecting his tyres. A nigh on impossible seeming task at the moment for the Mercedes man, who is sounding very disgruntled on the radio. It will all come together in the last few laps.

The gap up front has now increased not decreased – and that is because Verstappen has hit the back of that Alpine – Leclerc – Ricciardo know of cars, and is trying to lap them.

Latifi has crashed and the Safety car is out !

The Williams man has crashed at Turn 14 and the has Safety Car is out. Latifi is okay which is good to hear, and Hamilton stays out as Verstappen pits. Red Bull had nothing to lose by pitting both cars, whereas Hamilton may have given up track position had he pitted immediately. Mercedes gambling that there won’t be a restart tonight.

What a finish. What a race. Verstappen has just won the final race of the season, and barring any protests, is the 2021 Formula 1 World Champion.

Max Verstappen became the fourth youngest world champion tonight, after a series of incredible drives this season. He will be back next year, still with Red Bull, looking to defend his title. Hamilton will be hungry to reclaim his crown, and there will be a whole host of other colourful characters with stories to tell as well.Thank you for your company, enjoy the break, as we’ll be back for pre-season testing before you know it.

2 thoughts on “Max Verstappen – Champion of the World”