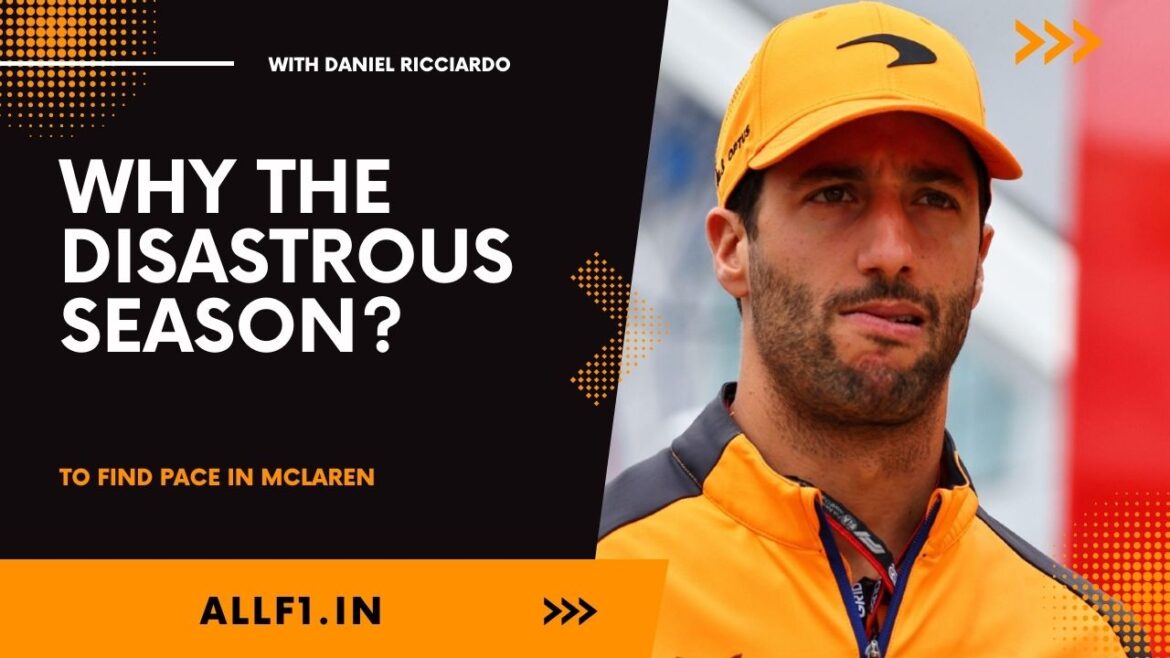 Daniel Ricciardo’s 2022 season has been marred with issues, unlucky scenarios, and basically a question on his capability. In this section, we look into areas of concern, the team dynamics, and what’s in store for the Australian next season.

Daniel is a 7-time race winner. Daniel moved from Redbull to Renault and to Mclaren. Tired of being the second fiddle in the team centered around Max Verstappen, he is now in the same position as he was before.

We keep cursing Bottas last year-round for staying in second fiddle for Mercedes, but the reality of the issue is that there isn’t anywhere he can go. Back to Daniel Ricciardo after his move to Mclaren, everyone thought he would wipe the floor with Lando. But boy was we wrong. Lando pretty much wiped him over the floor when he lapped Daniel in Monaco last year.

From there it is a downfall to this day. The car is adding to his troubles this year. I know everyone is well on board with the Ricciardo hate week in and week out, and while he hasn’t been driving spectacularly this year he has barely had any clean weekends this season.

We are in Race 11 at the time of writing but Daniel hasn’t had a clean weekend yet. In Saudi, he qualified right behind Lando but there was a pit wall miscommunication leading to a penalty. In Australia, there were a few team orders but by far the best weekend he had.

There were some issues or others over the weekend in Miami, Spain, and Monaco but he has shown paces matching Lando almost in 4 instances out of 10. It may the car or it may the inconsistency but because of the car, he has earned a get out of jail free card this year.

In 2021, he was new to the team, the new working environment and he had not been home due to travel restrictions. Based on all these factors, it was partially acceptable that he needed time to get used to the car. Still, no one expected him to be thrashed by Norris.

This year though, Daniel Ricciardo has had everything a driver could have wanted. A fresh set of regulations, cars that are easier to follow and more driver-dependent. He has been and even raced at his home Grand Prix in Australia and yet he is failing to deliver. I think McLaren would be definitely looking at options. He is hurting the team in the Constructors Championship. If Alpine (don’t shoot their foot with reliability) continues to score, they will most likely finish higher than McLaren.

F1 circus is Helping him

Danny’s seat in F1 is as safe as it ever was. Current F1 is a well-tailored show meant to attract as many fans as possible. Some who care more about the sporting side of it follow Max, Leclerc, and the guys who fight for wins every time. But many who arrived at the sport via Netflix want to see a combo of drama and comedy, driven by TV-styled celebrities, Daniel Ricciardo Instagram and Daniel Ricciardo Twitter will prove the point that the rather dull aforementioned drivers don’t provide. Behold Ricciardo’s important (yes it is commercially important) role in F1.