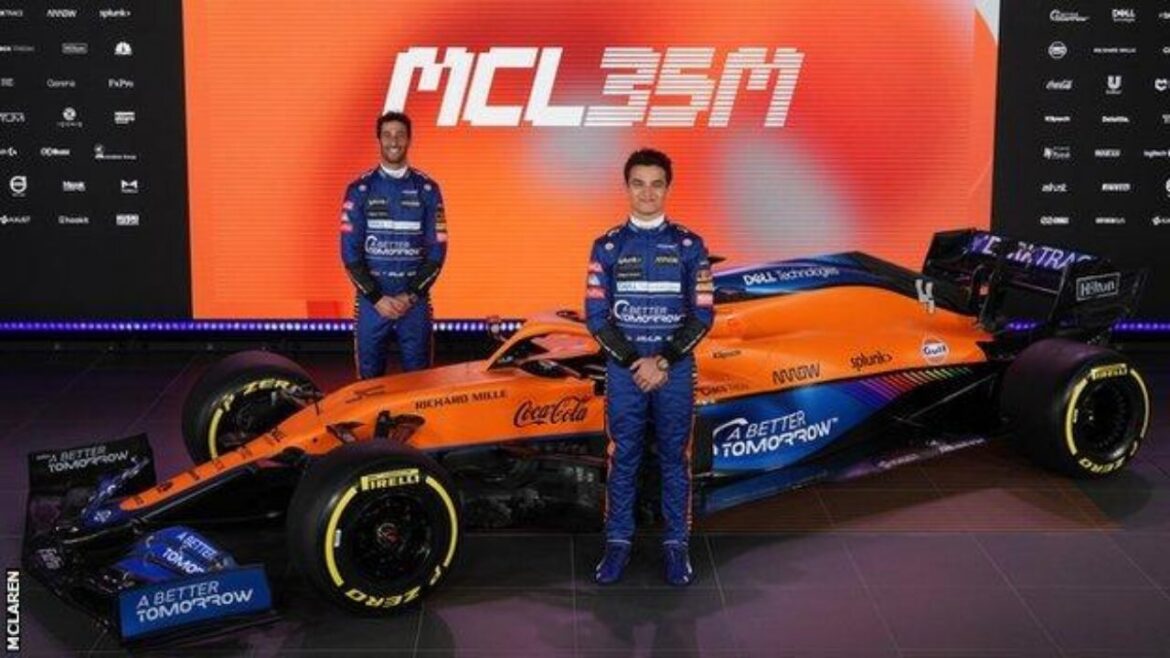 Mclaren F1 has a car to compete in the top, But everything is not going as planned. The Lando and Riccardo team dynamics are coming into a constant discussion as the two drivers’ performance is compared repeatedly. In this section, we look into the team dynamics and the future of Ricciardo in the team.

Mclaren F1’s favorite driver thus far, Lando Norris is outperforming his expectations in the team. His impressive performance saw him a multi-year deal handed to him recently. This in hindsight is good for Mclaren than Norris, as there is no guarantee that the car 🚗 next year would be as good as this year. But Norris has nowhere to go realistically as the second seat in RedBull and Mercedes is pretty much settled.

Norris is the only driver to score points in all the races this year. With all top 5 positions except Spain, and two podiums one in Monaco and one in Italy this year. He is on form now. Is it the peak of his career? No, I would say. He is just 21 and his prime is yet to come. But we can’t be so sure because he hasn’t been in a race-winning car yet. The Team dynamics of Mclaren give him a safe environment to perform.

Daniel is a 7-time race winner. Daniel moved from Redbull to Renault is because he is sick and tired of being the second fiddle in the team centered around Max Verstappen. But according to me he should have stayed a little longer even a year and wait for a good opportunity to show up. Like Ferrari or straight to Mclaren skipping Renault.

We keep cursing Bottas, but the reality of the issue is that there isn’t anywhere he can go. The news of Hamilton retiring would be honey to his ears. Back to Daniel, after his move to Mclaren, everyone thought he would wipe the floor with Lando. But boy were we wrong. Lando pretty much wiped him over the floor when he lapped Daniel in Monaco.

Joining a new team is never an easy task, no matter how good you were. 4 Time World Champion Sebastian Vettel and 2 Time World Champion Fernando Alonso can vouch for that. Daniel is one of the best drivers on the grid, but the guy is still human. He needs adjusting to the teams and how they work. It’s effectively a new job. You need time to settle in.

But there are exceptions to this like Carlos Sainz who when moved to Ferrari, quickly find his pace. So is Sergio. This is where the car and driving style comes into play. Time and time again it has been said Ricciardo reporting car control at slow speed corners. Daniel Ricciardo’s Redbull in 2018 has a driving style of trail braking into a corner. The Mclaren F1 car doesn’t gear towards riding the brakes in the corners and in turn suffers understeer in those corners. So they slightly changed the setup of the car in Spanish Gp

This worked perfectly but in the next race in Monaco, all hell broke loose as Daniel Ricciardo was lapped by Lando Norris in the same car. So the trail braking is just one piece of the puzzle.

So in theory Daniel has to unlearn his 10 years driving style and relearn the new driving style for Mclaren MC35. So it’s not the matter of if he will be successful in Mclaren F1 but is a matter of when. It’s been 8 races and my guess is by race 10, Daniel will be in getting his grips.

It’s all well and good in terms of driving style but will he be able to compete with Lando is another question. Lando in his recent press briefing said and Quote ” What Daniel is going through with his car is not something that concerns us” and after the Spain Gp.

“If there had been tarmac or something on my right, then I wouldn’t be complaining. But because there were all these vibrations and bumps, I couldn’t take my corner and I had to go straight because he squeezed me out. I’m not looking to complain about it but for sure we’ll discuss it.”

. Ricciardo known not to play any second fiddle in the team will not tolerate any nonsense from anyone so when Daniel is in full form, they are going to be a handful for Zak and Seidel that’s for sure. Meanwhile Zak Brown, Andreas Seidel, and everyone involved in the team has their minds clear.