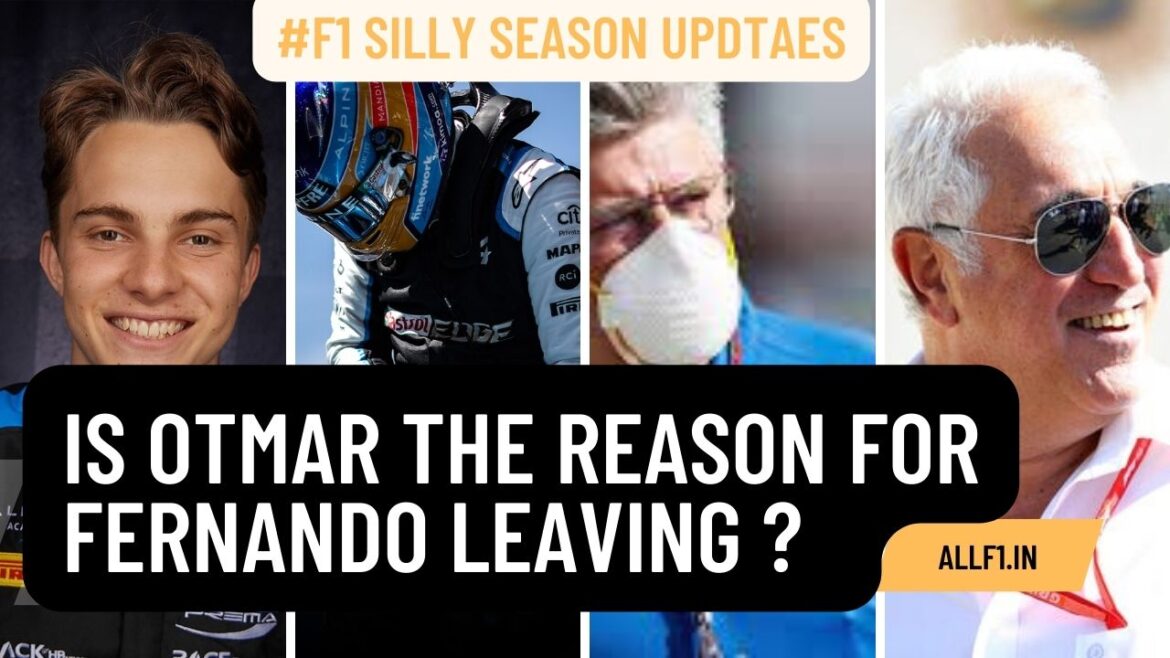 Alpine and Otmar Szafnauer are in a huge PR disaster after the departure of Fernando Alonso and the dismissal of acceptance from Oscar Piastri. What made Alonso take this decision? Was it influenced by the methods of Otmar Szafnauer or is it something else? In this section, we look into the possibilities of the decision and why Alpine has to get its act together.

During the Hungarian Gp Press conference Otmar was asked about Fernando’s contract extension, he said and Quote

” Because the season goes so late, in the old days, when we finished in October, the silly season was a bit earlier. He’s driving brilliantly and qualifies well, races well. That’s what it’s really about. But let’s think about that it very straight forward and a 10 mins job signing Alonso”

Given the timescales set for negotiations with Fernando and the uncomfortable silence from the outfit is a clear indication that the team was not expecting this announcement from Fernando. After Vettel’s retirement, Aston Martin would plan to recruit an experienced driver.

Suggested Reading: Who is Going Where? Silly Season Updates

Otmar while announcing the move to Alpine last year went on the same route and the decision was immediate. This would have left bad blood between him and Lawrance Stroll and the “two popes” remark that went viral after the Baharain Test.

Is Fernando Alonso’s move done to get back at Otmar or did it turn out this way? If history was any indication Lawrance’s stroll was always the ruthless businessman. So the former might be true.

But why would Fernando Alonso move to a team that is going downhill? But then like Ricciardo, Alonso is the master of bad career moves. Alonso’s move, conversely, is entirely consistent with his career-long talent for shafting, without warning, those who have supported him and switching to the wrong team at the inopportune moment.

Oscar Pisatri was set to come to Alpine by the start of 2024 as per the talks but after the surprise bomb from Alonso, everything changed. Otmar believed Piastri, who they have given financial support and an extensive private test program to prepare him for his F1 debut, is their driver and announced him.

But how hard is it to get it in writing and announce it? But in the haste of Alonso’s decision alpine wanted to announce to the world that “Fernando Alonso” is of course replaceable and pulled a mockery out of themselves. A few hours later, Piastri said the team released the announcement “without my agreement” and that he would “not be driving for Alpine” next year. It was bad. This episode of DTS should be a must-watch.

But should McLaren want to place Piastri in a race seat, that brings even more complications as they would need to find a way to end Daniel Ricciardo’s deal early, as the eight-time race winner has an option on his side to continue into the third and final year of his arrangement next year.

As it stands, Ricciardo intends to race with the team next season and is committed to finding solutions to end his tricky run of form. So there’s a lot up in the air right now. What is certain is that Alpine has announced Piastri will drive for them in 2023 – and he says he won’t. We now await their respective next steps.

Former driver Massa on Skypsorts said what everyone is thinking: Aston Martin has a lot to gain, Fernando doesn’t! Need to see the remuneration to see if it is true!

Word of Advice to Alpine: Don’t start the game that you cannot Win!

One thought on “Alpine’s Ultimate disaster, Is Otmar szafnauer responsible?”