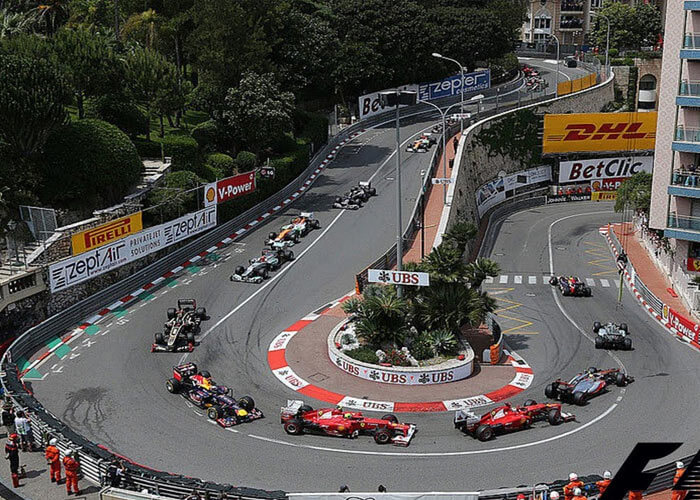 As we head into Baku GP this week, there is a lot of question about why Monaco is important? In this section, we explain the reasons why Monaco is the home for many drivers.

The country in the french riviera is tiny. with just 2.1 sq km’s smaller than Central Park, it has 38,300 residents. People who are Monaquase are only 9486 people. The rests are nationals from other lands like Germany and Italy and other neighbouring countries. It is the second smallest principality after The Vatican. Evidently, the Grimaldi Family who was the early rulers of the region were collecting too much taxes that part of their territory declared independence or joined with other nations.

The unrest continued until Charles III of Monaco gave up his claim to the two mainland towns (some 95% of the principality at the time) that had been ruled by the Grimaldi family for over 500 years. These were ceded to France in return for 4,100,000 francs. The transfer and Monaco’s sovereignty were recognized by the Franco-Monégasque Treaty of 1861.

In 1869, the principality stopped collecting income tax from its residents—an indulgence the Grimaldi family could afford to entertain thanks solely to the extraordinary success of the casino. This made Monaco not only a playground for the rich but a favored place for them to live.

Since 1869, it has not levied a personal income tax on its residents. To be considered a resident, one must intend to stay longer than three months in a year. Considering the strategic location, which is easily accessible by airplane, boat, or train, it is very common for residents of the principality to work and even live in other countries in Europe.

There is no Capital gains tax on Wealthy Tax even. That means if you invest your money and gain profit from it you need not pay taxes on the profit. There is only goods and service tax like VAT at 14%. Since the rich and famous come and settle here in Monaco and they do not care about prices, everything is ridiculously expensive. The rental market is through the ceiling.

The Russian oligarchs’ oil Money and most politicians who hide their wealth are in Monaco. Monaco is known for financial secrecy—maintaining a high degree of data privacy within its banking system—although it has been signing agreements with other countries of late.

Apart from the barrage of F1 drivers living in there, the celebrity list is the worlds who and who of rich and Famous. Several celebrities fall in love with the country so much that they decide to settle here permanently. Some of the celebrities living in Monaco only live here parts of the year and have a house here, others live permanently, and some just visit frequently for their vacation. In this article, however, we’ve focused on those that live in Monaco parts of the year, or permanently.

When talking about celebrities living in Monaco, how could we possibly neglect the biggest celebrity of them all? Prince Albert II is the current prince of Monaco, the ruler of the principality, and is one of the wealthiest Royals in the world valued at $1billion. Albert II has two children by the names of Jazmin Grace Grimaldi and Alexandre Coste. Albert is obviously a native Monegasque and it was his ancestors who founded Monaco. Albert lives in the Prince’s palace which can be found on the rocks of Monaco, which is the old town of Monaco.

One thought on “Monaco, An Excellent Tax Haven for F1 Drivers.”