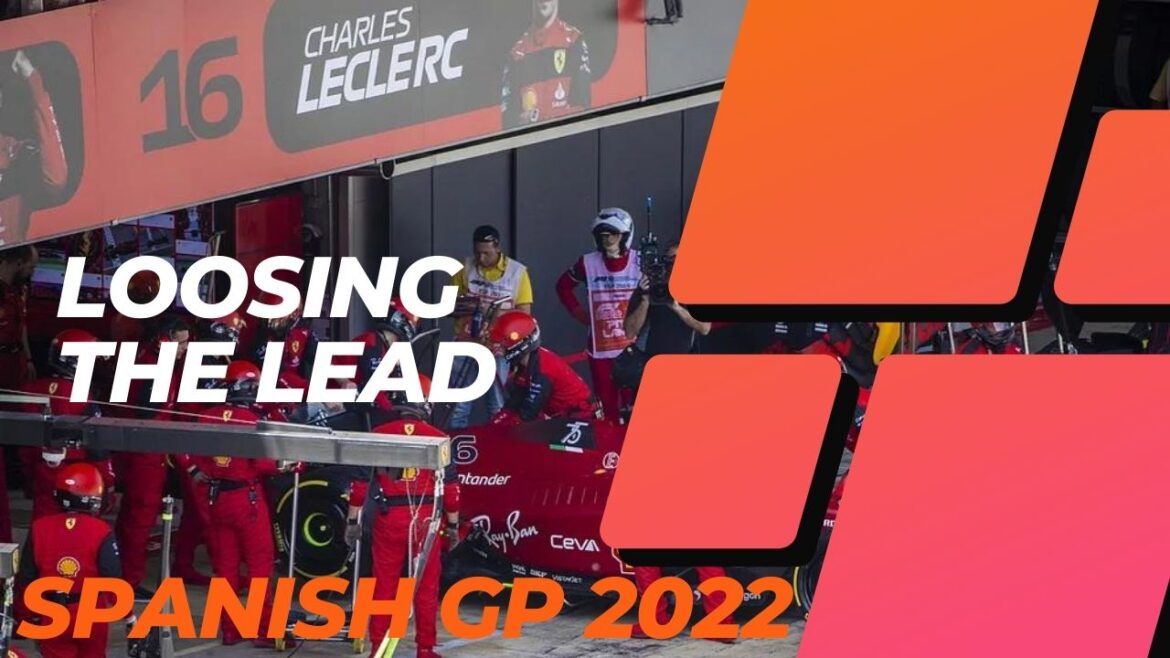 Spanish Gp 2022 was an emotional roller coaster throughout the race. Leclerc fans, the Tifosi, and the orange army knows what I am talking about. There were so many instances of interest in the Spanish Gp which need some thought and processing.

When everyone was doing a three stopper, somehow Alfa decided to put bottas in a two stopper to gain track position. This made him a sitting duck at the last part of the race though he had pace in that Ferrari powered car, the strategy was considered sub-par. If Bottas has extended his medium stint and soft stint by two laps each he had an excellent chance of being on the podium.

On Lap 27 the whole of the Tifosi was in shock as a sure shot win ground into a halt. When the “NOOO” call came through the radio, the images of Bahrain Gp 2019 flashed before everyone’s mind. Ferrari has analysed Charles Leclerc’s broken engine from Spain and found the turbo and MGU-H are damaged and cannot be repaired. They say they are satisfied it did not occur through a design fault or reliability issue with these two components or any other elements of the Power unit.

Leclerc was already on his second engine. Ferrari says they don’t want to predict at this stage whether this will mean he gets a grid penalty later in the year. The statement is confusing as to what caused the problem but Ferrari is reluctant to share more information.

The onboard shows an over boosted turbo when it gave out, maybe too much air was let in due to a sensor issue? We will have to wait for more information.

We have criticized Bottas many times for not standing up for himself. We are in 2022 witnessing the same thing happen in Redbull. Max’s DRS isn’t working, he is behind a brilliant defending George Russel lap after lap. Checo catching from behind radioed in for the move past Max Verstappen but was denied.

When the pit stop eventually came, Checo was asked to give the position to Max. Though it’s early in the championship Redbull has two DNFs already, with Leclerc out of the race, the mental boost that it can give to Max in regards to the championship is huge. Remember there was a 46 point deficit at one point.

The alternate strategies. Cars are already on the edge in high temps. Not to mention the fact Max, whether it’s written or not, is the team’s #1. But the momentum shift against Ferrari and Leclerc which came from a Max 1-2 over a Checo 1-2 is huge at this point.

Things change pretty quickly in this sport and going by anything we have seen in Spanish Gp 2022 Merc’s are slowing carving their way back into the fight. The proposing issue seems to have been sorted and the pace has improved a lot. Though not as fast as a Redbull or a Ferrari but easily in the top 3.

If the collision with K-Mag has been avoided, Hamiton and Russel both had a fantastic chance of a podium. Starting with C2 for Hamilton bogged him down a little bit but nothing too drastic for that tyre. Not to mention the Oxymoronic statement on Lap 8 and the finish.

Whatever was said and done Spanish Gp 2022 was one of the most interesting and thrilling races of this Formula One World Championship 2022.