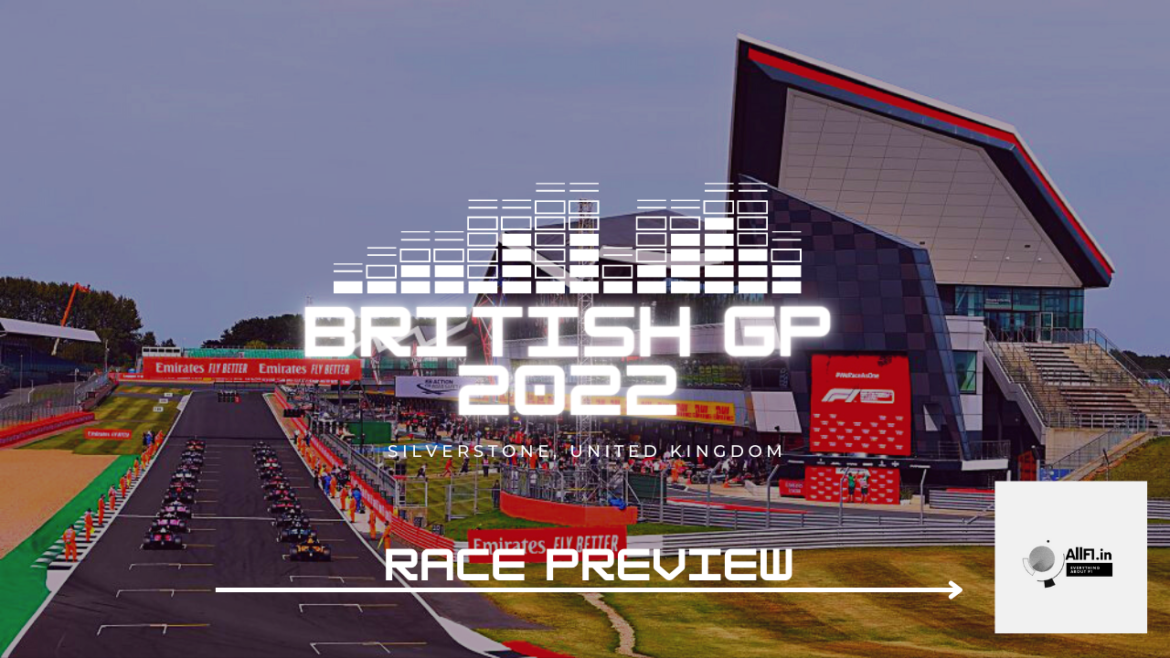 British Gp 2022 is back this week and everyone is expecting Mercedes to come on top like 2021. But realistically it will be Ferrari and Redbull in the front as Mercedes’s performance gains are not enough to them up to the pace. In this section, we look into all the things that you need to know before the start of Round 10 of Formula One Lenovo British Grand Prix 2022.

The Silverstone Circuit hosted the first British Gp in 1950 and has been a permanent home for British Gp since 1987. A wholesale renovation in 1991 saw the ultra-high-speed circuit forever changed. Further alterations followed three years later in the wake of the Imola tragedies.

Year after year Silverstone’s place on the calendar was put into doubt, and for 2010 the race was set to move to Donington Park. But when that fell through Silverstone conclude a new long-term contract, part of which included further development of the track.

The track was resurfaced in 2018, but drainage problems at that year’s Moto GP event forced the event to be canceled. A different company was brought in to resurface the track again ahead of the 2019 race and the circuit management is suing the old company for the damages for the cancellation of Moto Gp.

Three teams are bringing in upgrades at the time of writing, Mercedes, Alpine, and Aston Martin. Mercedes after the recent founding of pace in the car after the Canadian Gp is optimistic about clawing back some real performance in the car but also staying realistic about the gap between them and the top teams of F1 2022.

But after three consecutive street races, Silverstone represents a return to more conventional circuits in Formula 1 and, after showing potential at the last circuit of that like in Spain, Elliott hopes to see Mercedes elevate themselves further and put on a show for the drivers’ home supporters.

After a significant upgrade in Spanish Grand Prix, the team has enjoyed some upswing with 6th in Azerbaijan Gp and some sensible pace in Canadian GP so the team is bringing some upgrades to stay relevant in the high-speed traditional circuit like the British Gp said the team.

Alpine on the other hand has found some pace in the car and both Ocon and Alonso are hopeful that the A522 pace is as fast as the Mercedes in the dry. They are realistic enough to understand that beating Mercedes in a single race is entirely not the case but to be the top midfield team.

Some light rain is expected on Friday but nothing like Canada Qualifying it stay pretty dry for the rest of the weekend is what met department says at the time of writing.

Will the Mercedes claw back to the top? Will there be a battle royale between Max Verstappen and Ferrari? Will Sergio be back on top again? Will Mercedes Russell get a podium in the home grandprix?

Let the excitement begin and stay tuned for allf1.in for all the updates on British Gp 2022