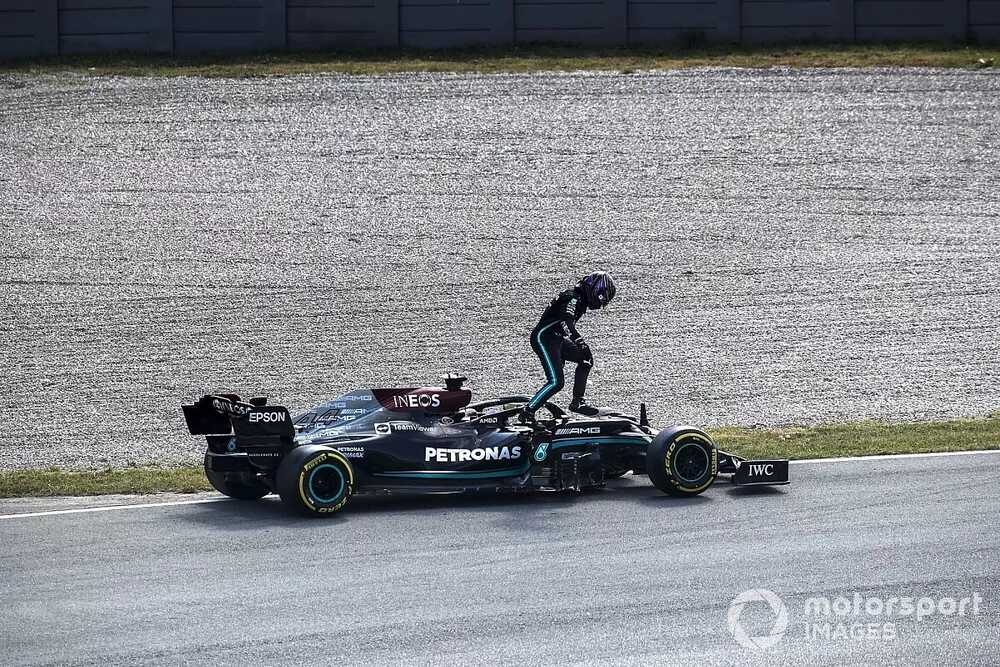 Mercedes and Redbull are in the title fight of the decade. Honda and Mercedes, the Engine manufacturers of the respective teams are locking horns. With Honda revealing the power unit secrets and the upgrade that it implemented for Max Verstappen from Belgium Gp after the summer break, it begs a question that what Mercedes had in store. In this section, we look into why Mercedes might consider 4th Engine.

Mercedes title fight and hopes are very much alive. Though founded in the bad luck of Verstappen and Redbull in general, it is the part and parcel of the sport. Mercedes lost some valuable points in Azerbaijan from an uncharacteristic error from the 7 time World Champion Lewis Hamilton.

Mercedes strategy call in French Gp and pit stop debacle in Monaco Gp puts them in a position that, if under pressure it does break down. Mercedes has been on top for too long comfortably that they forgot how to compete under pressure. For once the blame truly does lie in Valtteri Bottas, The Sharp focus during the ages of Nico Rosberg is missing in the team.

But credit where credit is due, if any team can bounce back from a bad weekend it is Mercedes, they shake up, dust themselves and come back stronger like nothing happened. This is the morale that created 7 World titles and the Constructors title year after year.

Red Bull in the Mix

With Honda, fantastically keen on winning the Drivers Championship this year, and this might be the only chance to do so it is coming out with upgrades in record time. So much so that it is a year early on the battery tech than its competitors.

The factory units for 2022 engine and this year’s engine are handled by separate teams that it has become an advantage for Red Bull in terms of the upgrade. But the W12 team does also need to work into 2022 car and most of the upgrades for this season has been done. Mercedes is now playing to its strengths of effectively cooling the engine and this has lead to an FIA Enquiry which has no updates at the time of writing.

Wolff and the team are perfectly aware that it will only benefit from the upgrades and track adaptations, while Red Bull keeps pushing the upgrades like my grandmother who had 9 kids, RedBull is on the desirable side to further increase the competitiveness of their car.

Max Verstappen will go to Russia with a 5 point lead into the championship, and a three-place grid penalty. Thought considered Mercedes stomping ground, Lewis Hamiton and the team weren’t able to cash in on points following the collision in the Variante chicane. this thought considered advantage RedBull at the time of crashing after the grid penalty becomes Hamilton’s advantage.

And Russia being another Mercedes favoured track, it must focus everything on its strength. With only 8 races to go, the engineers back at the base are evaluating how far can they push the turbo boost to make Honda cold feet and push it again to destroy the engine life even more and get Verstappen the Penalty that resulted in the crash in Silverstone.

Hywel Thomas, Managing Director of Mercedes High-Performance Power Train Programme recently said that “Performance can still be obtained from the engine by exaggerating certain parameters of the turbocharger without running the risk of reliability”

When one of them wins the championship, there is going to be a shitstorm. One side will say Lewis won because Max was unlucky. The other side will say Max won because he kept crashing Lewis. Meanwhile, I’m just happy we have a championship. Let’s wait and see how the engine situation unfolds after the Russian Gp.