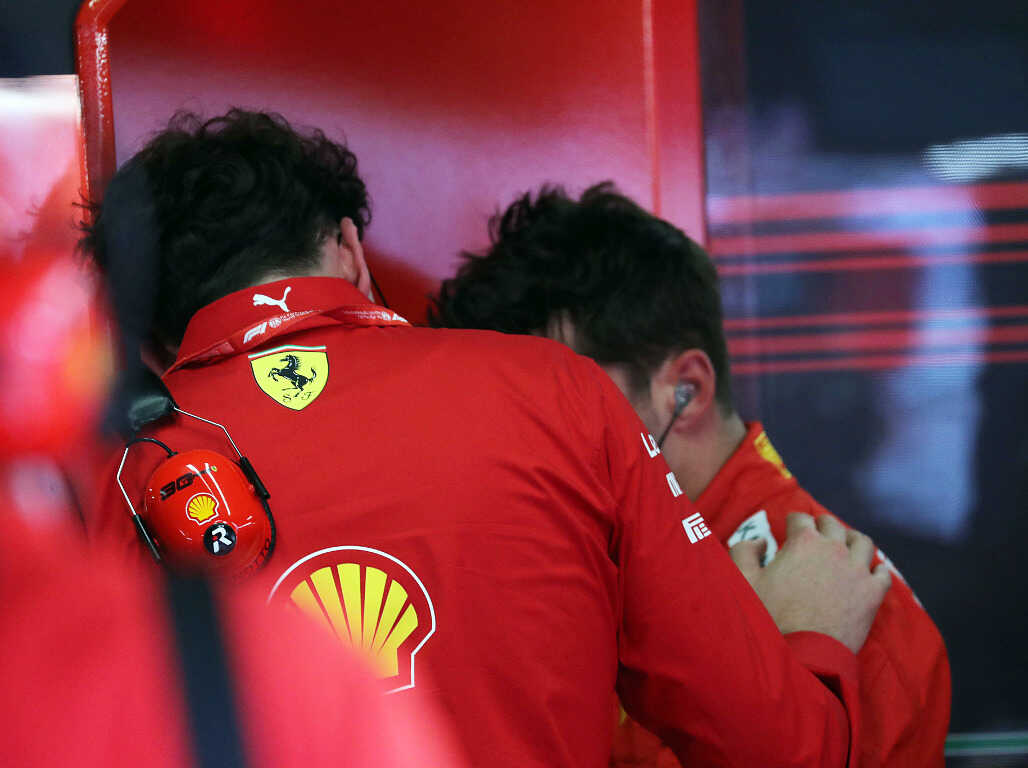 Leclerc and Binotto were in a heated argument after the Italian Gp, reports Fanpage, an Italian Media Outlet. Though according to many sources inside Ferrari says it’s not unusual to have a fallout between the team principal and the driver, happening between Leclerc and Binotto is definitely something.

In this section, we look into the dynamics of Ferrari and what caused this dispute.

Leclerc has a multi-year contract in Ferrari until the end of 2024. Carlos is in on a two-year deal with Ferrari. This proves that for the team Leclerc is the top priority for the future. But that doesn’t mean Carlos is just a support driver. Team boss Mattia Binotto was very crucial in bringing the team into contention within the next two years. With a young and calm driver like Carlos, they have a package on his hands.

There is no explicit mention in the contract or the briefings that Carlos is in a support role. But Ferrari for the longer term will have Schumacher in the Red suit one way or another. It is a given. But like in Mercedes the pace in the car sets your place in the team. If Carlos can extract more out of the car then we have an issue in hand.

Carlos pace is on par with Leclerc in the Ferrari. He has struggled in some places but overall his performance in the team is on par with Ferrari’s team expectations. When Carlos is faster than Leclerc rather than the bitter rivalry that arises it will push Leclerc to even greater form. It is the ideal situation.

There will be a tussle but the team will not control it until it changes the outcome of the race. Like the Crash of Leclerc and Seb in the 2019 Brazilian GP. Then the dynamics of the racers and attitude will change no doubt. Let’s be honest selfishness and opportunistic tendencies are need for F1 Champion.

But that being said Ferrari has a win-win situation in their hands. If Properly played Carlos will improve Leclerc’s performance and in turn will bring the team up to the top 3. Then this plays perfectly to Ferrari winning the championship in the next 5 years. All this can be high expectations, the team can spill the soup anytime.

Has the Soup has been Spilled ?

Multiple sources have witnessed the war of words between these two. Both of them were animated and ended up taking digs at each other. This tussle was seen by Nicholas Todt, the son of Jean Todt who calmed them immediately. Nicholas Todt is the Manager of Leclerc.

According to FanPage, Leclerc is unhappy with the way things are at Ferrari and he thinks he is constantly compared to Sainz. The shouting also suggested Sainz is more reliable than Leclerc is another point of contention between them.

But guess in news in the paddock is different. Leclerc thinks Ferrari’s resources have been concentrating too much on Sainz, to get him more adaptable with the car after his FP3 crashes in Zandvoort and Monza. This eats up the fine-tuning time for both. Many also suggest that this is one of the many and the fallout are quite frequent over the past few months.

“I Need to Box I Can’t Explain it here”

Ferrari’s explanation is that Charles Leclerc is slightly un-well. But paddock people it was nausea and Headache because of the “tension and anger that accumulated in the previous hours”.

“The most important thing to understand is that this is a unique family, a unique phenomenon. I always tell my guys: it’s more important to be Ferrari than to win, because victories are just a consequence of being Ferrari”

“I cite the example of Gilles Villeneuve, He was a fantastic driver who actually won very little.But his demeanour, his driving style, his passion had a huge impact”

Overall, this shouldn’t be a cause of concern for Ferrari, especially amidst Leclerc’s desperation to extend his already huge contract. So, the duo will have to manage it and put an end to this fallout in the coming weeks.

Time is a Great Healer !!