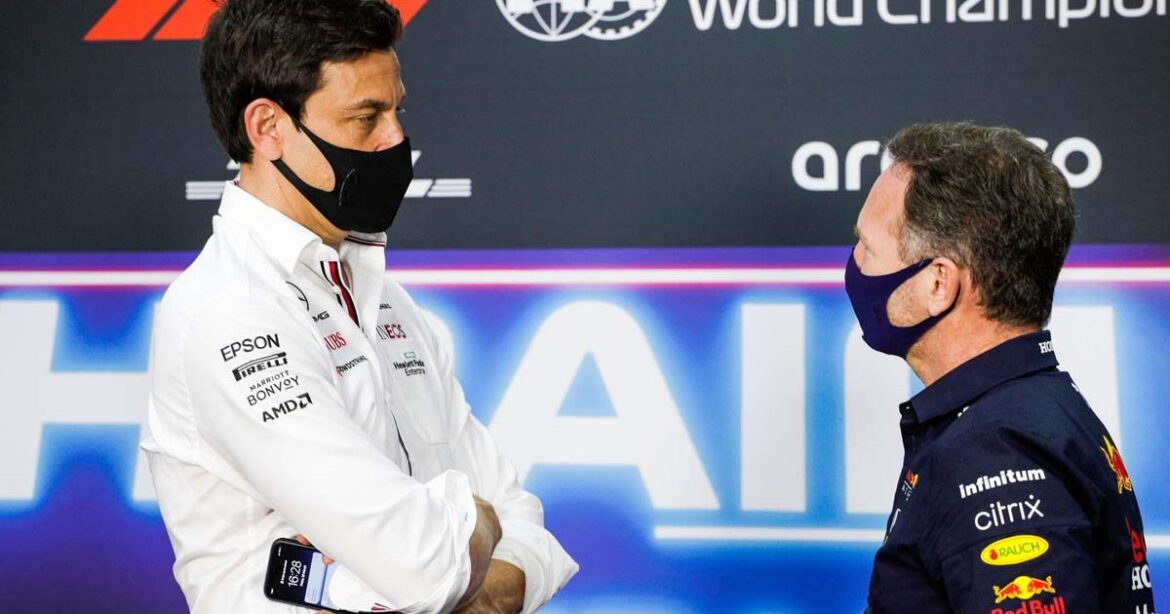 Ahead of the Dutch Gp, it has emerged that Red Bull has lodged a query with the FIA regarding a design concept that it believes Mercedes Engine is running. This is after recent performance gains in the early acceleration phase-out of corners. Red Bull as eager as ever to find out what has happened did some digging and what they found out has ended up in a Query.

The lower the temperature, the more dense the oxygen content and the greater the combustion will be. By regulation, the plenum air temperature must be at least 10-deg above the external ambient temperature (as an average over the lap) and the FIA sensors track this to ensure compliance. – Article 5.6.8

The Mercedes Engine inlet plenum is believed to have walls that can be filled with super-cooled liquid. This would more effectively cool the air within the plenum chamber, which would be useful in the acceleration phase but would only be a brief burst as the super-cooling of the liquid would not be sustained. This would be consistent with the observation Red Bull has made that the Mercedes power unit has a big power delivery on initial acceleration phases which then dampens out.

It is important to emphasise that super-cooling of the liquid in walls in the plenum does not imply that the air within the plenum is below the legal minimum temperature. But it would certainly cool it more effectively.

It was done before

Ironically, Honda did something similar with the ’88 engine whereby they moved the wastegate away from the collector flange on the exhaust manifolds so they could engineer in a little boost creep and go over the legal limit by a few PSI. Mercedes Engine could be placing these sensors in the lowest part of the plenum close to the MGUH assembly to fool the reading with a little heat soak and radiation.

Since the measurement is over only one lap and an average is calculated thereafter and the rules mentioning “When assessing compliance, the temperature of the air will be the lap average recorded by an FIA approved and sealed sensor located in an FIA approved location situated in the engine plenum, during every lap of the qualifying practice session and the race.

“The first lap of the race, laps carried out whilst the safety car is deployed, laps with a time at least 20% greater than the fastest lap of the session, pit in and out laps and any laps that are obvious anomalies (as judged by the technical delegate) will not be used to assess the average temperature.”

So, yes there Mercedes Engine will be on an initial boost of power for a couple of seconds max off the line. on checking to see if the position of the sensors is specified but they are not because there are 4 different PU’s on the grid each with a different plenum design, so any sensor location rule would have to be generalized by nature.

Ferrari Engine in 2014 has a water-cooled intake plenum as the rules of Monitoring temperature in plenum began with the 2018 season.

Speaking of Ferrari, Mattia Binotto has questioned why the current issue over Mercedes Engine has not stirred the same controversy that his team faced in 2019. While the Ferrari’s design was subjected to investigation by the FIA, the governing body was unable to prove that the Italian outfit had broken regulations.

Instead of a lengthy court case, a secret deal was reached which included Ferrari helping the FIA with guidance to improve the monitoring of F1 Power units. This outcome prompted a huge outcry from rival teams with some threatening to find out more about the deal. This lead to a constraint in the relationship between Toto Wolf and Mattia Binnotto.

Suggested Reading : How Ferrari got Better without Cheating