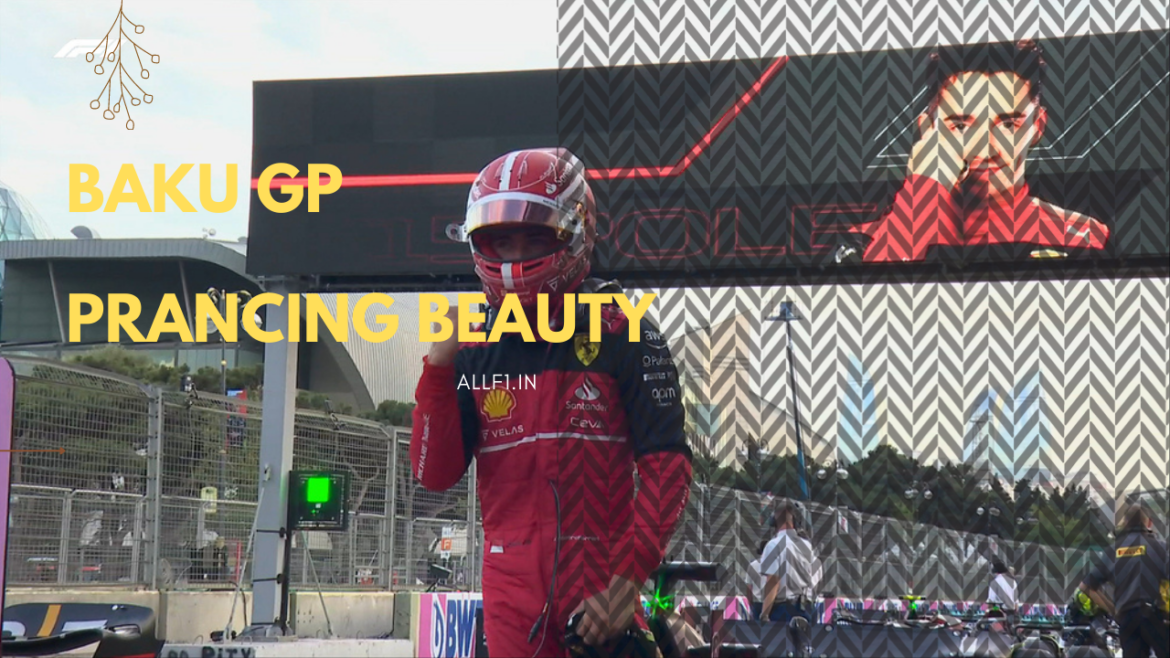 Baku Gp, Round 8 of the Formula One World Championship 2022 delivered a stunning qualifying. Redbull and Ferrari are on each other toes all through the Practice sessions in Baku Gp both yesterday and today and it was Charles Leclerc with the mightiest of laps has the pole, followed by Perez and Verstappen.

As qualifying looks set to be sensationally close. Not just at the front either, all the way up and down the field. But starting at the sharp end, it looks to be a straight fight between Red Bull and Ferrari. With Leclerc now trailing Max Verstappen in the championship and having not won since Australia, they could do with a strong result here. Pole would be a good start to that – but he’ll have his work cut out.

The tow that is worth half a second is the lucky coin for the drivers. The past slip stream orchestration did not go well since it is very difficult to pull off without screwing the second sector of the lap. so we will have to see who is the lucky one in Baku Gp 2022

Speaking of the conditions, it is still around 25 Degrees Celsius while the track has cooled off to 37 Degrees, much lower than it was for FP3. The shadows are lengthening, and the teams will be hoping for no red flags here with sunset not too far away.

Here we go, qualifying is a go. Off goes Norris, albeit rather slowly as he leisurely takes to the track. Norris will be without a tow on his first flying lap unless there is some jostling on the out-lap.

Norris sets 1m 45.061s, Red Bull is next to set a time – Verstappen grabs P1 with a 1m 42.938s, two tenths quicker than Perez. Leclerc can’t match that – he goes third, Sainz fourth. The Spaniard is nearly a second behind Verstappen.

With 6 mins to go, Verstappen is back on top, ahead of his teammate Perez now. The track temperature is dropping fast now, and the tyre warm-up is an issue. Plenty of drivers have had to go onto the second set of soft tyres here, which could compromise them later on in Q2 and Q3 in Baku Gp Qualifying.

Stroll has damage to the front of his car. The Aston Martin driver has stopped on track after clouting the wall with his front right at Turn 2, Red flag is out in Q1.

Green light and outcomes the bulls. First times are incoming – it’s a 1m 42.258s for Perez, and Verstappen goes 0.031s quicker. Ferrari who are last to cross the line last time around, Sainz goes to the top! That’s more like it, he sets a 1m 42.088s, and Leclerc slots into second. 0.170s separate the top four as it stands.

Hamilton is getting a slipstream from his teammate and crosses the line to go sixth!. Incidents are coming thick and fast – Tsunoda has locked up and touched the wall, Norris has been wide too and that isn’t ideal preparation for his final lap.

Here are the gaps – Sainz has half a tenth to his teammate, as replays show Leclerc got a bit wide on his lap and almost drifted through one of the corners. There was only half a tenth between the Red Bull teammates too, with Perez 0.126s back on Sainz, and Verstappen 0.175s behind.

Replays show that Perez clipped the wall at Turn 5. Sainz goes top with a 1m 41.814s. Leclerc is next to cross the line and can’t beat it, 0.047s back. Here comes Perez – third! Verstappen is next Fourth!

What a lap that was. He absolutely nailed every single corner, and his 1m 41.359s is just a tenth off his time from last year to boot. He will line up alongside Perez tomorrow, with Verstappen and Sainz sharing the second row.