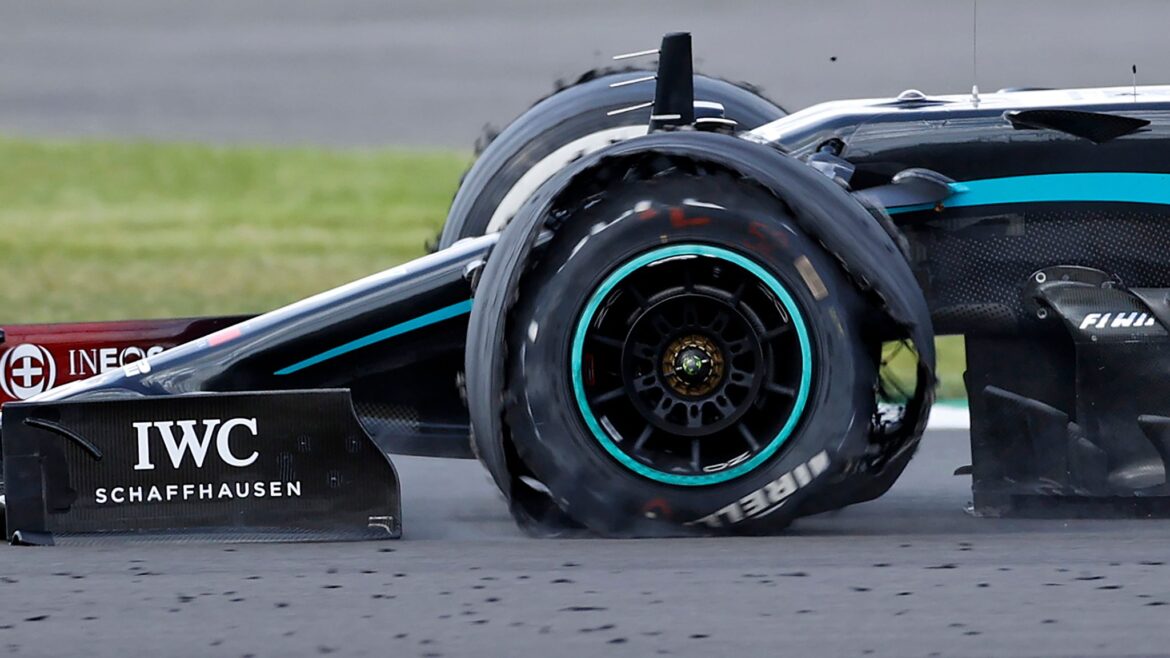 When you are reaching 320 kph on the straights of Baku in Azerbaijan Gp and your Pirelli tires blow up. You don’t want to be in the crash. In this section, we discuss the Pirelli tires, their construction, and their role in F1.

You might be wondering the slick tire doesn’t look like it has thread but it does have the tread. The pattern is empty that’s it. Dry tires have a ‘slick’ tread — meaning that the entire surface is smooth to maximize the amount of rubber making contact with the road. Maximum contact between rubber and road equals maximum grip.

As with most of our normal tires, the construction of the F1 tires is a closely guarded secret. Pirelli is very secretive about these tires because of the competition. Pirelli is the F1 tire supplier for 10 years now. Goodyear, Bridgestone, and Michelin are knocking on F1 doors with an improved sample if they know how Pirelli is constructing the tire.

As we know there are 3 different tires Soft, Medium, and Hard. The main difference between these tires is the tread thickness. The softer the tread the easier the heating and greater the grip. Since tread is small it wears out faster.

F1 tires have an operating window for each tire. The tires have a minimum temperature of 80 degrees, the teams can warm them up using tire warmers in the pitlane. But even at 80 degrees, the tires do not function at peak performance. In qualifying we often see the drivers working hard to warm up the tires. They do this to reach the ideal temperature of 100 to 110 degrees.

If 1 of the 4 tires is still below that temperature the drivers will notice the difference immediately. When the tires get too hot you slide in all directions and they wear out faster meaning the drivers could be heading to the pits prematurely. Each tire has 4.5 G’s cornering performance and 5.0 G’s braking grip. The tires life is determined by two factors degradation and End of Life (giving up it is called). A combination of these factors will be used to determine the tire life.

Degradation is when due to running the tread thickness decreases and in turn, the grip decreases. Since the soft tire has a tread of 2-3 centimeters it degrades very quickly. But Giving up is a concept in which the tires are overheated and the tread becomes soft. This soft tread doesn’t grip and has an oil effect on tires with drivers slipping and sliding. This is why you see drivers weaving and heating tires in the warm-up lap and behind safety cars.

The FIA has requirements that are under constant monitoring. Pirelli has 150 odd engineers in their R&D Department in Milan. Each tire is tested at 280 mph testing rig at 300 Fahrenheit. The force applied to the tire is 2,200 lbs during testing. Each tire is subjected to x-ray testing and these reports are accessible by FIA and F1. 20% of tires are destruction tested as per the FIA rules and regulations. Read more about the R&D here

The 2020 British Grand Prix saw 5 Tire blowouts in the last 2 laps. Pirelli said the failures were the result of an unusually long stint on one set of tires, coupled with the increased speed of the 2020 F1 cars, meaning the tires were subject to the “biggest forces ever seen”. It then took its analysis to change the construction a little bit to suit the circuits.

After this, it is Azerbaijan Gp in 2021. Pirelli’s Head of F1 and Car Racing didn’t believe that tyre wear had been the issue in either incident, with Mario Isola telling the media: “I believe I can exclude that failures were due to tyre wear because it’s not a matter of tyre wear. The rear-left tyre is not the most stressed in Baku because it’s obviously the rear-right.

Meanwhile, Pirelli announced that they’d also spotted a cut in the hard tire of Mercedes’ Lewis Hamilton, discovered when he pitted under the red flag caused by Verstappen’s crash.

“We found a cut on the inside shoulder on the rear-left used by Lewis Hamilton in the same stint [as Verstappen],” said Isola. “The cut was quite deep and big, probably 6-7cm, but not cutting the construction, so the tyre was still in one piece, just with this cut. And when there was the red flag and Lewis and came to the pit lane and changed the set of tyres, we were able to find the cut in the tyre.”

Pirelli will now air freight the tires back to their Milan laboratories to perform a full investigation, with Isola adding that he would push to have a report for the teams in time for the French Grand Prix in two weeks.

2 thoughts on “Pirelli -What Caused the Deadly Blowup in Azerbaijan Gp?”