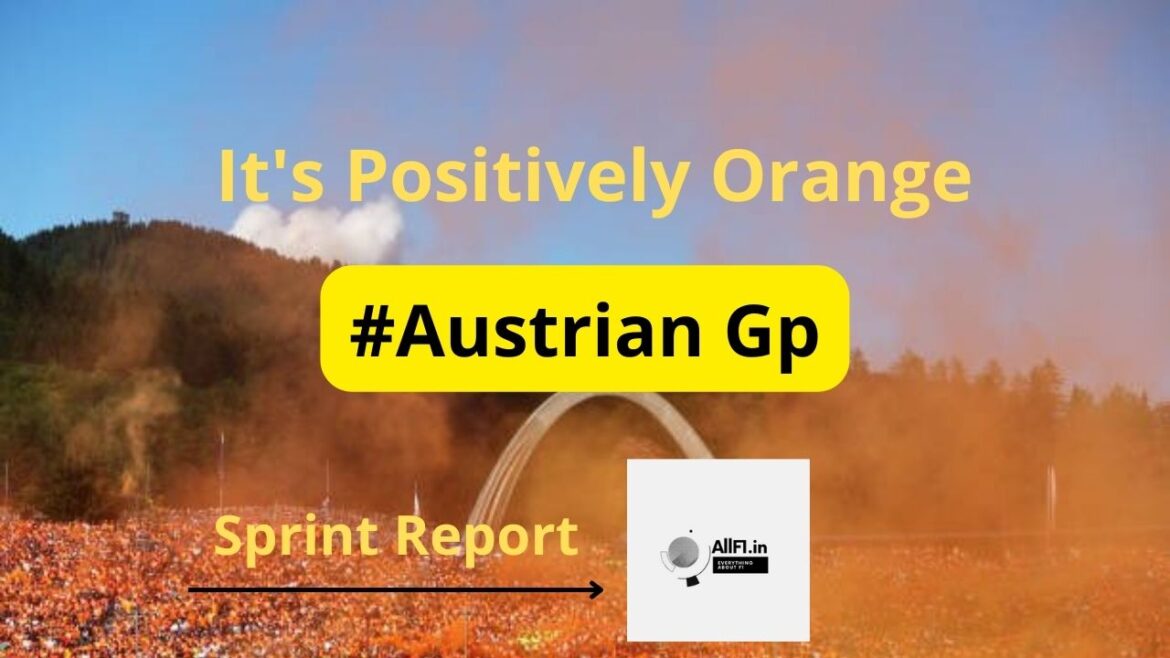 Austrian Gp Sprint Race was positively amped and it was Max Verstappen. A brilliant drive from the Dutchman – but apart from the first few corners, Verstappen never looked troubled. Leclerc and Sainz cross the line to round out the top three, as Russell comes home in fourth. In this section, we look into the important things that we learned from the Austrian Gp Sprint Race.

Before the start – The Austrian Gp Sprint

Starting at the front of the grid today is Verstappen, which has tended to be his regular position on this circuit in the last few years. He narrowly edged out both Leclerc and Sainz in qualifying yesterday, with not even a tenth separating the top three. His teammate Perez is starting in 13th, after all his Q3 laps and a Q2 time, were deleted for exceeding track limits.

Mercedes if not for the crash would be in the top 3 as expected but will they have the long-run pace as well we will find out soon enough. Medium tires are the way to go but some are gambling on softs like Albon in 11th Alonso was on the jacks and tire blanket and wheeled into the pits and Zhou has stopped on the track and there is an extra formation lap and Zhou has to start from the pits.

Start of the Austrian Gp Sprint

Verstappen gets a good start and covers off Leclerc which allows Sainz through but there is a spin at the back. Sainz is looking to make a move on Verstappen but that lets Leclerc through at Turn 4. Gasly at the back has spun also.

Replays show that Gasly wandered across to the left-hand side and was hit by Hamilton. That explains why both have fallen down the order. Verstappen is now over two seconds clear at the front, as Schumacher is looking to make a move on his teammate for sixth.

Lovely by Perez who has now got ahead of Magnussen and is now up to sixth. He will begin his hunt of Ocon ahead. Hamilton is closing in on the Haas duo now but stuck behind for the time being.

Hamilton is still on the back of Schumacher who looks as vulnerable as he ever has in this race. Hamilton is so close to Schumacher that he nearly hits the back of the Haas driver at Turn 3 but still can’t make it past. Bottas is also closing in behind him.

Hamilton has taken to the team radio to complain about Schumacher’s driving. But the fans are loving it. Awesome scrap but Hamiton goes through with two laps to go. Verstappen is crossing the line now to start his final lap. He has barely got out of first gear today – figuratively speaking that is – especially after the Ferrari drivers started to squabble. Vettel has been told to box with car damage.

We cannot wait for more of this tomorrow. But the Mercedes is lacking race pace by the looks of it.