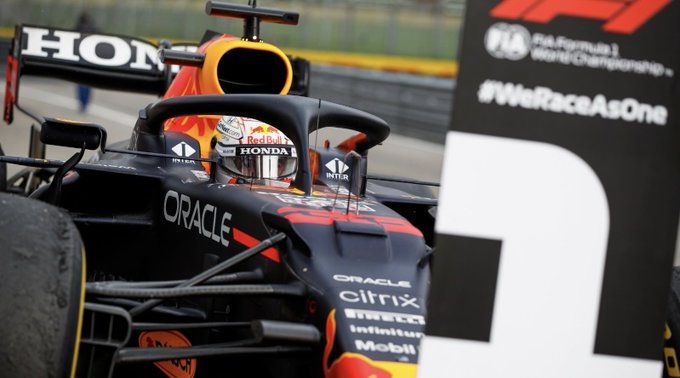 Emilia Romagna Grand Prix 2021 quite literally was an edge of the seat Thriller for Lando, Leclerc and Hamilton, Horror Movie for Bottas and Williams and a consolation for the Tifosi in 4th and 5th and a fantastic race for the fans.

The second outing for the Cars in 2021 after a good three weeks we are back racing. The Track Autodromo Enzo e Dino Ferrari is among few circuits which are anti-clockwise and the highest corner exit speed in any track in F1. This means lots of Snaps, Oversteer, Understeer, and Running Kerbs resulting in lap time deletions. All three practice sessions have been chaotic, with lap time deletions left, right, and center. Ferrari is somewhere in the mix favorably with Leclerc and Sainz in the top 5 constantly. In short, there were no clean sessions for any team.

Q1 was Red flagged with Yuki Tsunoda crashing into the barriers. Williams have two cars in Q2 after Hungary last year. Giovanazzi wasn’t thrilled about Mazepin’s behavior in the final stages of Q1. Q2 saw Alonso, Vettel, and Sainz for Ferrari misjudging the chicane. Ocon and Stroll were in good shape than their veteran teammates. Perez’s soft tire means he is not comfortable in the car yet. A medium tire is a good option since the pit lane entry is so slow and the time lost is 27-30 seconds in the pit.

Q3 was a heart attack in making with Perez in P2 out qualifying Verstappen in P3 and for the 99th time, it is a pole for Hamilton. Lando was purple 1 and 2 but lap time is deleted due to track limits. Charles Leclerc in 4th has filled the Tifosi heart with a warm feeling. The Emilia Romagna Grand Prix 2021 gird was so unexpected it’s shaping to be the battle of strategies between Redbull and Mercedes.

The Lap to the grid was chaos, Bottas had a puncture, Stroll has his breaks on fire and Vettel had to start from pit lane for working on his car until the 5 min mark and attracted a 10 Sec penalty. Formation lap saw Leclerc spinning but kept the engine running. Vestreppan had a fantastic start, the trick is to start in 2nd gear for better grip in inters. Hamilton lost his front wing endplate in this battle. The safety car was out when Latifi went into the barriers and Sergio made a blunder behind the safety car that earned a 10 Sec penalty.

There were some fantastic midfield battles and overtakes and it all started to go down southwards when Seb over the radio said “It is the time for Slicks”. Redbull pitted Max for Medium compound. Hamilton then pitted to overcut max but the 4 Sec pit stop ruined that. Then came the backmarkers when overtaking them Hamilton overshot went into the gravel and stuck. He managed to unlodge the car and reversed onto the track and one lap down into the pits but shit is yet to hit the fan.

Then Russel dipped the wheel in grass ran into bottas during overtaking into the first corner and halo doing its job again saving bottas from the tires crashing into his cockpit. The race was red-flagged. Rest in Peace Charlie and Thank You. At the re-start, max checked out in front. Mclaren’s soft tire gamble paid off in the 3rd.

The Emilia Romagna Grand Prix 2021 saw Max winning by a huge margin. Hamilton’s stellar recovery drive made it possible by the red flag rules. Sergio and Yuki ended up rallying and spinning all the time. Alpha Tauri is making too many mistakes. Alpine upgrades did nothing. Aston’s whining won’t stop anytime soon and Good for Kimi in 9th (Investigation Pending at the time of writing). The race had it all.