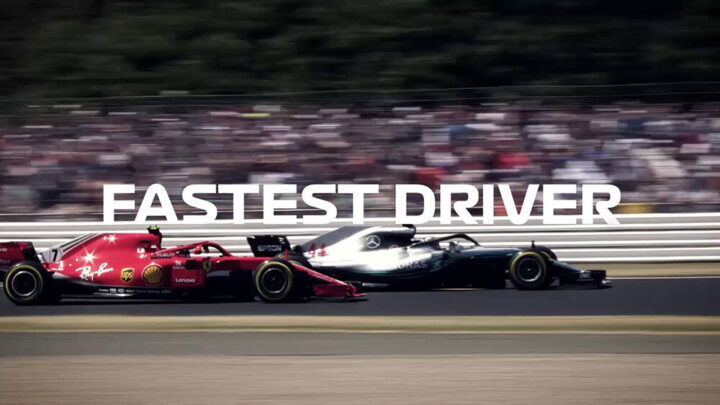 With Lewis Hamilton’s comment on F1 becoming a Billionaires Club. In this section, we look into the Skill Gap and the meritocracy of the sport, and the direction it is heading.

Let’s be honest if you want to become an F1 Driver and your age is 20 I am sorry to say your career is over before it started. To become an F1 Driver you should have a Karting Carrer very early in your life. Karting is cheap if your dad has money but if he doesn’t your career is over before it started. To go to the nationals in Karting you would have to spend 5 or even six-figure sums for a season. So how will the Sport be equal if only Rich dads and Rich Families are the only way to enter into the competition.

If you are any good at Karting then you can go to F4, F3, F2, and Finally to the F1 holy grail competition. Mia Sharizman, director of the Renault Sport Academy, which identifies and recruits promising young drivers from age 15 onward, told The Verge in 2018 that kids have to start their karting careers as young as seven, and each season can cost between €50,000 and €75,000. This huge cost burden means that parents, overwhelmingly dads, serve as the seed investors for Formula 1’s next generation of drivers. It’s also probably the biggest stumbling which leads to an eventual Skill Gap.

F1 is not a specification Series. There is a huge inequality in the budget and resources between teams. Mercedes and Haas are not equal teams. Mercedes spent 484 million in 2019 compared to 173 million for Haas. How could you equate both teams? So even Before racing starts there is Tier 1 team and Tier 2 teams. Why wasn’t this addressed no Clue?

Money to the F1 teams comes from sponsors too. A team which wins a lot will get more sponsor and more money. How will the low teams survive? They get sponsorships from the big investors who push their sons and Family as a driver. Haas stayed in Formula 1 by doing the same with Michael and Nikita. Callum Illot though a much more successful racer than Nikita is still waiting for his chance. This makes F1 a “Pay to Compete” sport. As far as I am concerned there is still no “Pay to Win”

Liberty Media has come to terms after the Covid Pandemic and formulated terms for equal racing. Teams will have to operate within a $145 million budget cap this year, reduced to $140 million for 2022 and $135 million for 2023-2025.

If Formula One drivers are to selected based on Merit as in some other sport. 80% percent of the grid will be different. I am not saying that these drivers are skilled but they are not the best that is available. Imagine that F1 is a spec series and all cars have the same power and same engine output and same aerodynamics the difference between them would be 0.2 – 0.5 seconds. How do I know this? F1 Esports is the answer.

Though Esports doesn’t paint a full picture of the skill gap it is a good starting point. Plainly speaking as a driver in an F1 car you are feeling everything, the turbulence, the air pressure, and most importantly the dangers as well. I think these matter because they can affect the reaction and instinctive choices of each driver simply based on the survival instinct, whereas in Esports you know that if you make a mistake and you start rolling, crashing, etc., nothing will happen to you.

What if you compare the two teammates on the same car for Skill Gap. It gives a fair understanding of the driver skill gap but yet the parts and upgrade path might be different or on a different strategy. The Q3 clean pace between cars might be a good starting point. One might be a newcomer and his bonding to the team needs time. The Drivers currently you can compare are Hamilton and Bottas. Kimi and Giovanzzi cant be compared as Kimi according to me do not have the will to win still. He is more of a north star guiding the team to the mid-field.

According to Amazon Web Services who do insights for F1 the Skill Gap is as Follows. According to them the data is corrected for Engineering Accuracy, Weather Conditions and all the Variables that are applicable. Topping the list of rankings of fastest drivers are the esteemed Ayrton Senna, Michael Schumacher, Lewis Hamilton, Max Verstappen, and Fernando Alonso. This is delivered through the Fastest Driver insight, which produces a dataset ranking based on speed (or qualifying times) of all drivers from the present day back to 1983, by simply ranking drivers in descending order.

Today’s Formula 1 is fundamentally different from the one I remember from my childhood, and, in my opinion, the change has been for the better. The race series is still far from perfect, but it’s moving in the right direction. And as it does so, it’s providing fuel for excitement and inspiration to millions of young fans, while also giving hundreds of talented and passionate racing enthusiasts a job that feels like a calling rather than a chore.

Suggested Reading: Ferrari – How it Got Better without Cheating and its Team Dynamics.

The FIA’s job has been busier than ever.

Hamilton has been summoned post-FP3.

FIA: "The FIA is currently finalising the assessment of the 2021 financial data submitted by all Formula 1 teams. Alleged breaches of the Financial Regulations, if any, will be dealt with according to the formal process set out in the regulations.”