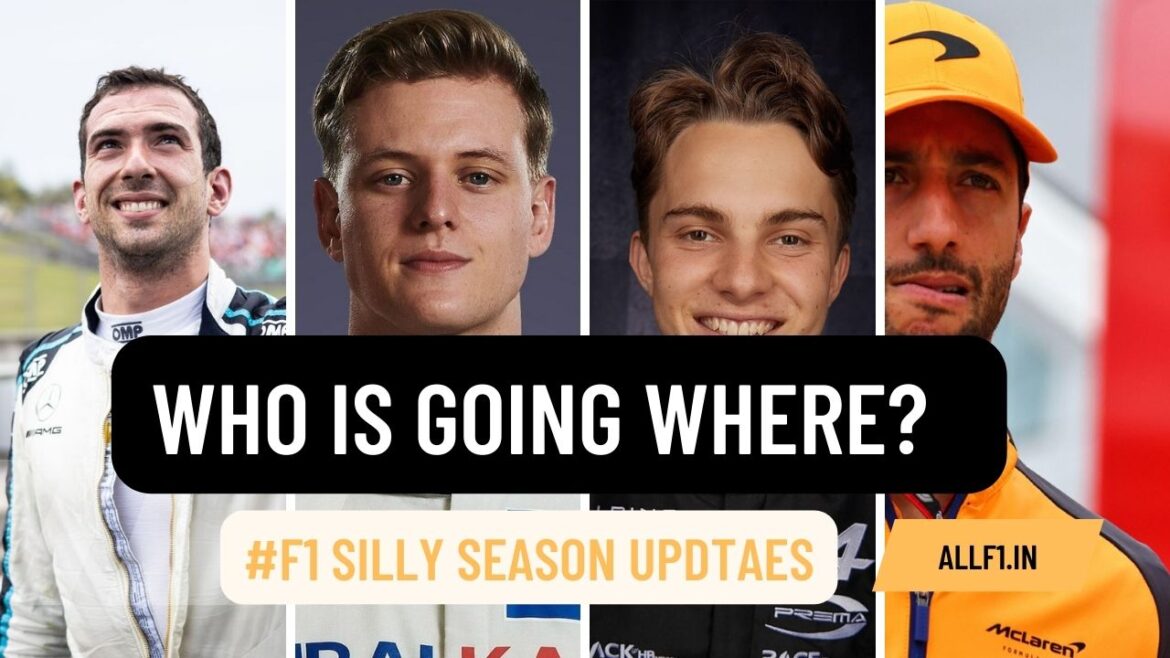 This year’s F1 silly season is upon us in full force and it is going to be silly as expected. During the start of the season, everyone envisioned two great retirements of Sebastian Vettel and Fernando Alonso, one came through but the other went a completely different route. In this section, we look into all rumors and facts linked to F1 silly season.

As thought before Redbull’s Sergio Perez will be the trigger point to start the F1 silly season but his impressive form from the start of 2022 saw him bag a two-year deal after his Monaco Gp win. His teammate and defending world champion is locked in until 2028. A month before Perez secured his future, Carlos Sainz signed a fresh two-year deal that means his contract is as long as Ferrari’s teammate.

This also thought Pierre Gasly to react silly in a way and move to Mclaren as Daniel Ricciardo’s 2023 season was in doubt because of the performance clause in his contract but Pierre Gasly was confirmed for 2023 in Alpha.

At Mercedes Lewis Hamilton’s current contract runs to the end of the 2023 season. The bomb exploded when out of the blue Fernando Alonso signed with Aston Martin just after the Hungarian Gp.

Max Verstappen’s lucrative deal has him locked in until at least 2028. while Geroge Russel joined on a long-term deal and is regarded as the future of the team. Charles Leclerc who penned a five-year deal during the 2020 season has his sights on Ferrari until 2025, and so is Lando Norris in Mclaren.

Alonso and Sebastian’s teammates are also set to stay put. Ocon is contracted at Alpine through 2024, while Lance stroll’s Aston Martin seat is considered relatively safe for the foreseeable given his father owns the team.

After showing signs of the consistency he lacked in his rookie campaign, Yuki Tsunoda is expected to be retained for a third campaign at AlphaTauri with Red Bull’s highest-placed juniors not exactly setting the world alight in F2.

Alfa Romeo has one driver under contract for 2023 in the shape of Valtteri Bottas, who arrived on a multi-year deal following his Mercedes departure. Zhou’s quick adaption into F1 and his points finish in more than one race serves as a double whammy as F1’s Liberty media is eyeing Chinese markets.

Will Theo Pourcharie will come into the picture is a big if. Haas has K-Mag locked in for a Multi-year deal but Mick is highly doubtful because of his costly crashing habits. Will he be replaced by Antonio Giovianzzi I don’t think so, but german funding and german driver will be lost. Mick is likely to survive next season but he has been recommended by Vettel to go to Aston Martin.

When Oscar Pisatri confirms where is he going, Otmar will be in trouble for announcing a driver without a contract. It will cause a massive ripple effect. It will be fascinating to see and watch. I hope DTS justifies it.

2 thoughts on “F1 Silly Season is upon us”