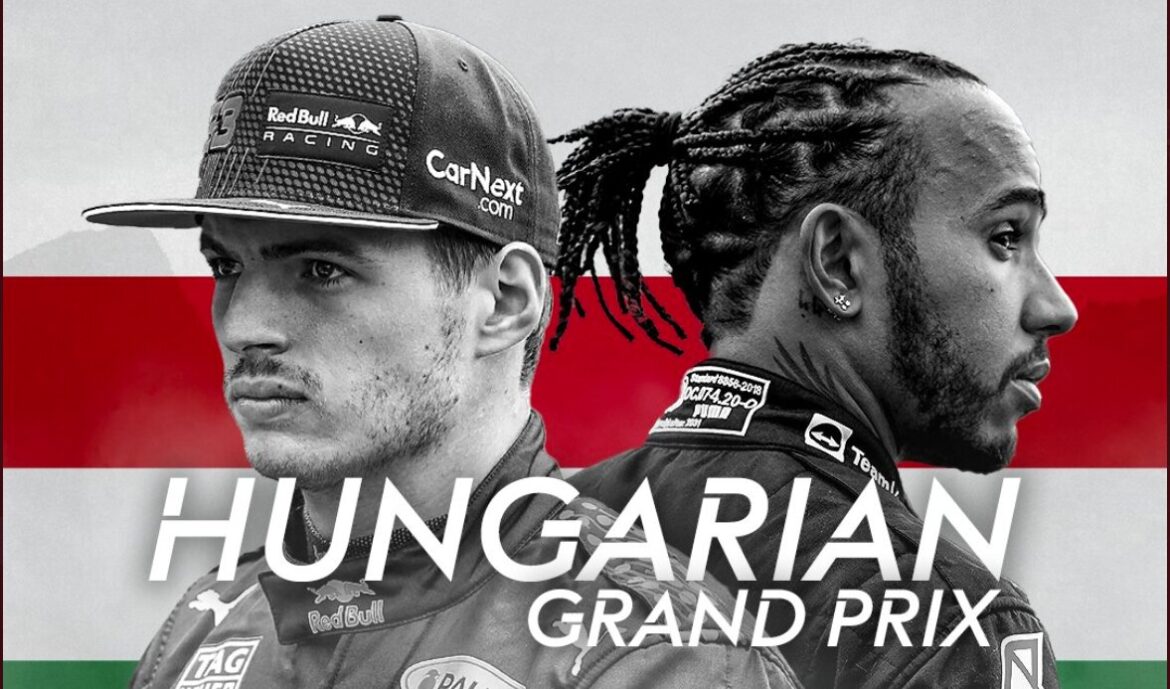 It’s Race Week, and the Hungarian Gp is on this Week before a long summer break. In this section, we look into the track, the expectations, the weather, and everything in between.

The Hungarian Gp Track was built in 9 months in 1986, it is a purpose-built track for F1. The circuit has since then have evolved many times and this iteration of the circuit is 4.381 Km long and 14 turns it a difficult circuit to overtake. So Qualifying is very important here. With 70 Laps there is a DRS detection zone in the middle of turns 13 and 14, which is the slower section of the track. This means that slower cars that are good in slow corners can get out of the DRS range for the last straight.

But there is another DRS zone in the 2nd straight where all goes down to who is braver on the brakes. The lack of straights at the Hungaroring often sees it compared to a karting circuit – and it’s true, the resemblance is uncanny. With several series of corners to string together, teams opt for Monaco levels of downforce, with a well-sorted chassis tending to be rewarded over horsepower given the short straights on offer. It’s a challenge many of the drivers relish, however, finding a good rhythm is a key to fast lap times.

Normally, an underused circuit becomes faster over the weekend as the track surface gathers more rubber residue; however, with the Hungaroring, this generally does not happen, because the track can get dusty so quickly. The track frequently becomes faster during a qualifying session, which leads competitors to try for their best lap as late as possible.

By 2 July, 5.5 million people in Hungary had received their first vaccination against Covid-19 (and more than 4 million both), making it the second-largest vaccine in the EU and one of the safest travel destinations. It will be a full crowd event as in the British Gp.

The Expectation in Hungarian Gp

Since the incident, both camps are mudslinging at each other and expect this drama to intensify on what comment and tone do Max and Hamiton come out with on Thursday. Max would be roaring to prove himself on the track and so is Lewis in the Hungarian Gp.

Checo Perez is not doing his job, it is the feeling that many Redbull fans have. If for a second there was a Redbull along with the mix in 3rd or 4th spot. He would have won the race. Everyone even max expects him to step up the game.

Since there is a lot of rumors about Geroge Russell and Mercedes there might be a knock-on effect in the midfield teams during the summer break. So the rookies and the newcomers in the team will be on steroids trying to prove their worth.

Daniel and Sainz will be the ones to watch as they are constantly improving, Mainly Daniel after a superb performance in P5 in the British Gp. If he does well in the Hungarian Gp he has turned a corner in his abysmal year till now.

It’s sunny and Dry all week long. The Grand Prix is held in the middle of summer, which is usually extremely hot and dry in this region. Its first wet Grand Prix race was in 2006. The circuit is normally dusty due to underuse throughout the rest of the year and its sandy soil.

Either the stage is set for an Epic Duel between Mercedes and Redbull or both of them will tone down and play it safe. We will have to wait and see as the action unfolds in the Hungarian Gp.