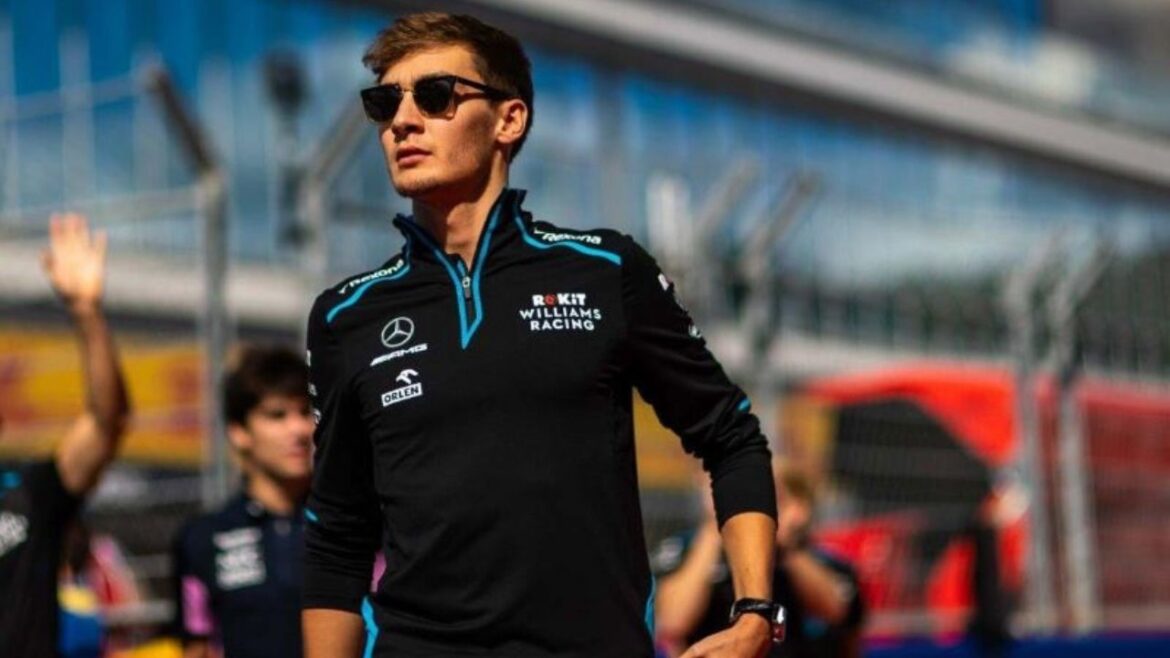 George Russell news, We look into all the latest news. Trust me we got a lot of ground to cover. Let’s dig in.

Despite his blistering speed, constant performance, and immaculate talent, logic dictates that Mercedes won’t sign him for the next season in 2022. Let me explain. George Russell made his debut back in 2019 when he joined the Williams F1 Racing Team. Since then he has proved himself to be one of the most talented and quick drivers on the grid. He has outperformed the car many times since his debut. None of the teammates at Williams were able to out-qualify him since.

Back in 2020, ever since George Russell was given a chance to cover for Lewis Hamilton, who contracted covid 19 at that time. Despite the short notice, George jumped into a new car, that actually didn’t fit his size. He missed pole by 0.026s to teammate Bottas, moreover, Russell could have won the race if it wasn’t for the pitstop mistakes.

Mercedes just renewed Lewis Hamilton’s contract for another two years and they are looking for the right candidate for the second seat. The Right candidate is a driver that has a good Qualifying pace, race pace, and is also a team player. Someone who can play second Fiddle to the 7-time world champion.

Neither Mercedes nor Hamiton wants a driver who can challenge Lewis and cause chaos within the Team. George Russel fit the bill in terms of Qualifying pace and speed, but there is a concern that he might disrupt the team’s harmony. Remember the Rosberg and Hamilton tensed vibes?

This is where Bottas has an upper hand on George Russell. Bottas has been on the team since 2017. He has been doing his job perfectly since he joined the silver arrows. He has a good Qualifying pace and Race pace and he picks up wins when Lewis is not in form and most importantly on two aspects. Lewis got him covered and he helps the team win the constructors championship.

Lewis right now isn’t worried about Valtteri, he has his full focus on Max and charging bulls. Why would lewis or anyone agree on having a young teammate who is the next generation driver, who will be more skilled? There is no logic there. That’s why most of the paddock think Mercedes will extend Bottas contract for 2022.

At this point, everyone thinks it’s best for Geroge Russell to look elsewhere if he wants to be in a quick car in the near future. it would be a waste of talent if he doesn’t join a competitive team.

All the fans and everyone in the F1 community wants Mercedes to sign George Russell.

Sure Geroge Russell would take some of Hamilton’s points but also from Verstappen at the same time. Therefore no reason to postpone a contract conclusion with Russell. Otherwise, another team may try to get him and Mercedes would be screwed once Hamilton retired. Many think George Russell would be willing to be second to Hamilton to show the ropes of the car and team for two years and take his place when Lewis retires.

Many thought the announcement will happen in the British Gp, but none was announced. In a recent interview, Toto Wolf drops more hints about the 2022 driver line-up. He explained how he has to have the difficult conversation/

“To tell someone that’s it is one of the very difficult discussions and something that you would rather not do, But it’s a part of my role that I also have to have this conversation for the sake of the team”

He signed off by saying he needs to find an alternative for whomever he is talking to, in order to make the conversation easier.

Willams team Principal Jost Capito in a recent interview said we have a long list of drivers in the waiting if George Russell leaves us.

The main thing is, we want to have the best drivers that are available and interested to drive for Williams and interested in doing the job for Williams. It’s not definitely the driver who wants to be world champion next year – for us, he would be in the wrong team,”

“We need drivers who are willing to support the team, to get the team back, to lead the team, and to improve performance. At the moment we can see the interest in drivers to get to Williams is increasing.

Whatever happens, it is going to be a topic of discussion and the one that will trigger a lot of driver changes around the paddock.