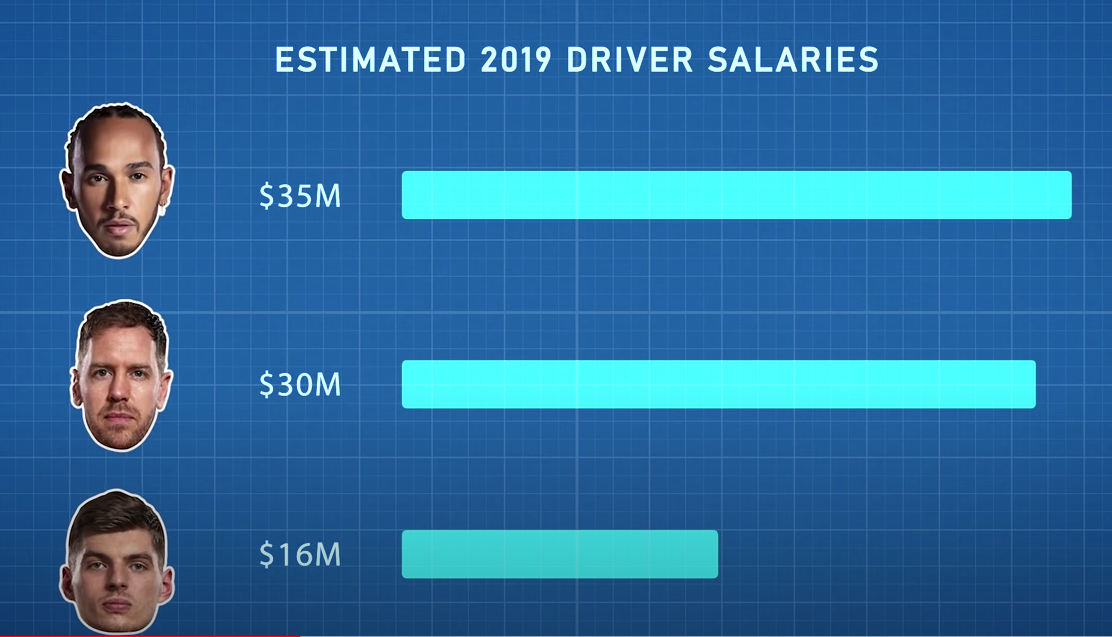 It is no big surprise that Drivers in F1 earn big money. F1 being an expensive sport, it is inevitable that it will come under budget constraints after the Covid Pandemic. The Economics of F1 is at a state that revamping the sport is the only way to stay afloat and keep the sport relevant.

Originally the driver’s salary along with the three key members of the Team such as Team Principal, Technical Director and Team Manager are not included in the Team’s budget. So the teams and drivers were able to negotiate terms as per their wish and settle the agreement.

In 2023 though, changes to the rules are being made, and 30 Million USD is the soft cap of the driver’s salary. This means any more excess salary will come out of the team’s budget. This salary soft cap is applicable for the Team principal and 3 key members as well.

So if in 2023, if Lewis Hamilton is paid 25 Million and Valtteri (Read Russell) is paid 15 Million it the total is 40 Million. The extra 10 Million is coming out of the team budget. It’s like having Max and Hamilton in a Williams car. It’s ridiculous. With the budget cap for teams reducing year on year the Driver Salary cap in F1 is inevitably coming.

Driver’s salary is paid in many ways. Sometimes the sponsor directly pays the driver on behalf of the team. So in theory Petronas can pay Hamilton directly for Mercedes but judging by the rules of NFL and PGA rules this option will also be banned or scrutinized but right now is the grey area.

Drivers like Hamilton have brand recognition. Any additional revenue they earn for advertisements other than the sponsors of the car is not limited. Petronas on sponsorship deals would driver promotion of products at certain points. Pierre Gasly does fashion shows for The AlphaTauri Fashion brand and Charles Leclerc for the Ferrari brand.

Then there are drivers like Lance Stroll and Nikita Mazepin and Latifi, who are the co-owners of the car as they bring sponsorship and money how is it going to be handled is another grey area in the Driver salary cap in F1.

Leading athletes in other sports earn millions every year. Neymar Transfer is the cost of the whole F1 Team. How will it affect the morality of the drivers is another question. But it is a known truth that passion in racing is the only thing that these drivers are counting on. If they are interested in the money they will do oil business like their fathers.

The interesting knock-on effect of this Driver’s salary cap in F1 is that the Driver market has been dipped in hot sauce. Imagine if Bottas asks 30M to stay in the team and they have no choice to let him go (Read Russel in Mercedes). Suddenly an experienced number 2 driver is available in the Market. This is an interesting proposition in the Driver salary cap in F1 argument.

Another effect is that Drivers will stay no matter what and ugly firing techniques might have to be deployed. This can also force people into retirement. Salary caps for athletes only work in team sports where more than two players are in a team. The idea is to avoid making one dominant team made up of all the bests. If an F1 team can have five or six drivers, then it would be a useful idea, but as of now, it doesn’t make any sense.

The same for capping the three highest-paid employees of a team. Sure the senior aerodynamic expert might contribute a lot to any given team’s success, but the reality is that most teams have multiple experts working together to deliver any single part of a car. There are non-compete clauses on all sensitive employee contracts, so capping the salary won’t achieve much especially when it’s limited to only the top three earners.

“In general, I am in favor of a limit on drivers’ salaries. We have an upper limit on the chassis. We have one on the engine. Why shouldn’t there be one for the drivers? The problem is very simple: how do you manage something like this? You could say that the drivers have to show the adjustment of the annual income. This is possible in all countries where it is controlled by the tax office, but not in Monaco. Or in other countries where this tax does not exist. Therefore, control is the biggest question mark for me,”

3 thoughts on “Driver Salary Cap in F1 – An Authentic idea to spice up F1’s driver market.”