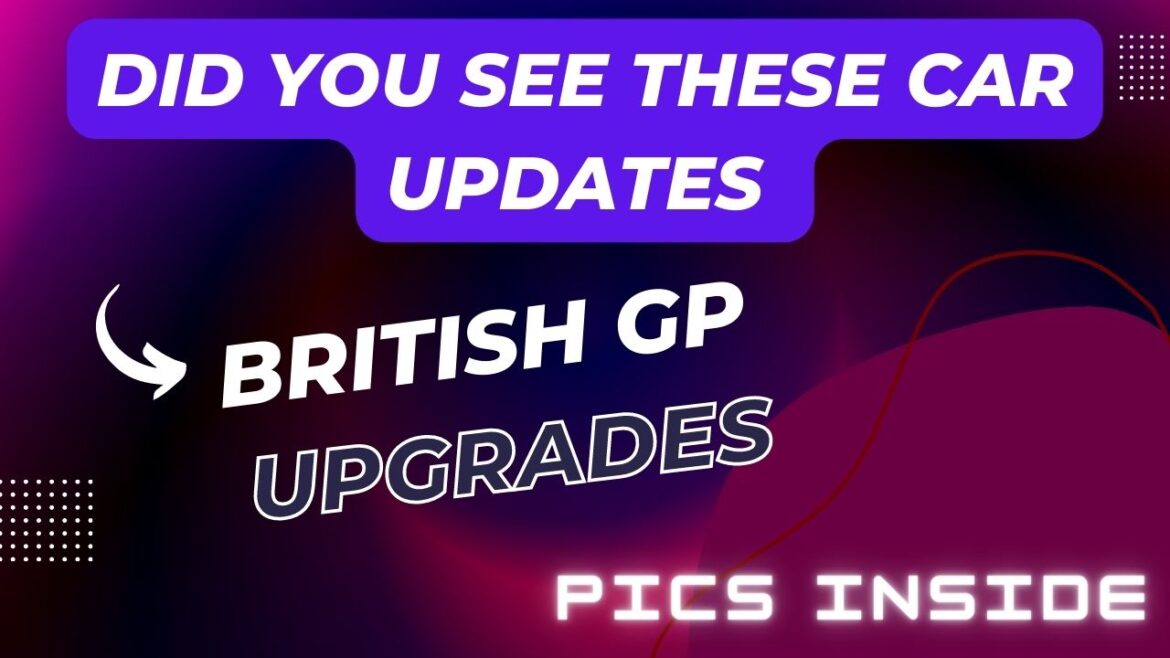 British Gp, The Round 10 is almost the halfway point in the Formula One World Championships 2022. There are plenty of upgrades up and down the paddock and as always all eyes are on Mercedes camp. In this section, we look into all the upgrades and will they make a difference.

Mercedes after the recent founding of pace in the car after the Canadian Gp is optimistic about clawing back some real performance in the car but also staying realistic about the gap between them and the top teams of F1 2022.

But after three consecutive street races, Silverstone represents a return to more conventional circuits in Formula 1 and, after showing potential at the last circuit of that like in Spain, Elliott hopes to see Mercedes elevate themselves further and put on a show for the drivers’ home supporters.

It’s Friday then but the Mercedes is not revealing any upgrades that are on the car. There are no photos that are emerging. The Brackley-based team is playing catchup with Ferrari and some photos suggest that the Mercedes W-13 has a new low-downforce rear wing similar to Alpine.

Whether or not they are going with the double floor like in Montreal is still to be revealed. Stay tuned to allf1.in for all the updates

Ferrari is going on the Alpine route by fitting the thinner leaner and meaner rear wing endplates. This was introduced to both drivers in Canada. Thursday pictures reveal that there are new fins in the mirror assembly to help with the vortices going under the car.

It is interesting to note that so far we have seen five specs of rear wings in nine races on the Ferrari F1-75 car, as compared to three of the RB18. A sign that Maranello is working hard on the development side. From the data collected, the design of all the wings updated by Ferrari now guarantees an increase of 7 km / h compared to the standard ones, when the DRS flap is open.

But we should remember that Binotto at testing “we agree that mirrors shouldn’t be aerodynamic devices” or something along those lines? About the merc mirrors on the crash structures.

But if Mercedes has a second floor there is going to be a huge protest first from Alpine followed by Redbull and Ferrari.

There are not only aerodynamic interventions; but pictures that many of the car’s components have been redesigned over the last three months, to obtain a functional and weight optimization. After the introduction of the Techincal Directive 39 for Porpoising, there is a new floor construction design that is implemented.

In Baku, there were problems with the RB18’s DRS actuator. At British GP, alongside a revised version of the rear wing, a new DRS actuator, an evolution of the current one, has been introduced and a new engine cover as well to regulate the airflow.

A major sidepod and floor redesign for Alpine’s Formula 1 car was revealed on Thursday.

There are significant and visible revisions to the sidepod, which has a Ferrari-Esque valley between the sidepod edge and the engine bodywork, in which the top body creates a down washing effect to the rear of the car.

The floor also has a new shape with many cut-outs along the edge.

Williams has made extensive changes to the FW44 that will be trialed by Alex Albon at the British Grand Prix, as the team makes a concerted effort to increase the car’s performance. There’s a heavy influence in design decisions from both Ferrari and Red Bull, with the sidepods completely altered to take onboard a mixture of the design features seen on the leading pair.

Latifi seems to be angry and disappointed as he sees the left out as a sign of his departure from the team.

3 thoughts on “British Gp – All about Novelty Upgrades”