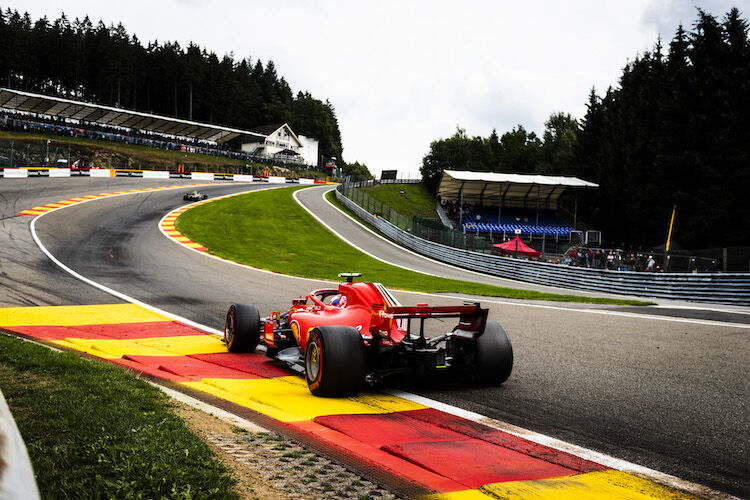 With Belgium Gp this weekend, F1 is back after a long summer break. The summer break though expected to be filled with driver rumours was a bummer. No information on the Redbull or Mercedes second driver. But on Thursday during the media day we will have some answers I suppose. In this section, we look into the famous Spa Francorchamps and the preview of Belgium Gp.

The Belgium Gp boast one of the famous corners in Formula One, the Eau-Rouge. A flat out downhill and uphill section followed by the long straight with DRS. Though after the recent crash in 24 hours of SPA, on top of the hill many are concerned about the safety of the corner.

But race director Michael Massi remains confident that the Spa-Francorchamps is safe. In the early years, the Belgium Gp track was a treacherous 14km track designed for speed and mainly uses bumpy public roads. The fatalities increased in the 1960s and eventually the track was redesigned into a 7km circuit in 1983.

The spa is among Formula 1 drivers’ most loved tracks, with its mix of long straights and challenging fast corners allowing them to push their cars to the edge of their capabilities – if it’s dry, that is. The size of the track and the nature of Belgian weather means it can sometimes be raining on one part of the track and dry on another, meaning grip can vary from one corner to the next. Keep an eye on the thrilling Eau Rouge, arguably the most famous sequence of corners in the world, as the drivers flick left, right and then up the hill through Raidillon.

The forecast remains quite consistent from the last one with cool temps and good chances of rain for this weekend. A large Low-pressure system to the northeast of the area is bringing in moisture from the north that will keep overcast skies and occasional gusts of wind over the site.

Storms are expected to be moving through the area throughout the whole weekend, so we are expecting a wet track out there as of now. It is hard to say where exactly these storms will be and how long they will last, but teams can expect moisture out on the track either way.

I will keep watching this closely and update you all with developing information. As always, the metric graphic is below.

With Lewis Hamilton and Bottas running Redbull chance in Silverstone and Hungarian Gp, Redbull will be roaring to go into the race with the hope that luck changes in their favour. With the rain forecasted this weekend, Redbull doesn’t want to be anywhere other than the front. Another point of concern is the Engine penalty that may happen somewhere in the season.

“I’m not focused on records, my goal is to win the championship, it’s all I care about. Overall we’ve had a good start, we’ve been really competitive, but we need to keep up until the end of the year, we hope it continues. Sergio is a great teammate, the first few months have been good together, we get along very well We can talk about anything and not just racing, it’s always good for things to be shaped like that “.

Sergio needs to prove if he wants the Redull Seat a seat that is eluding for all. with Piere Gasly beaming down Perez’s throat and Bottas doing huge favours after taking two red bulls and Mclaren in Hungarian Gp. His contract is pretty much through is what the paddock rumours suggest. Russell I am afraid has to wait it out.

Mercedes want to keep the momentum going. After suffering a lot of abuse for the crash in Silverstone and Hungary, both Bottas and Hamilton are keen on winning comfortably to prove that they are indeed racers and not foul players.

Whatever might be the case, a rain-soaked Belgium Gp as a return from the summer break is spectacular to look forward to.