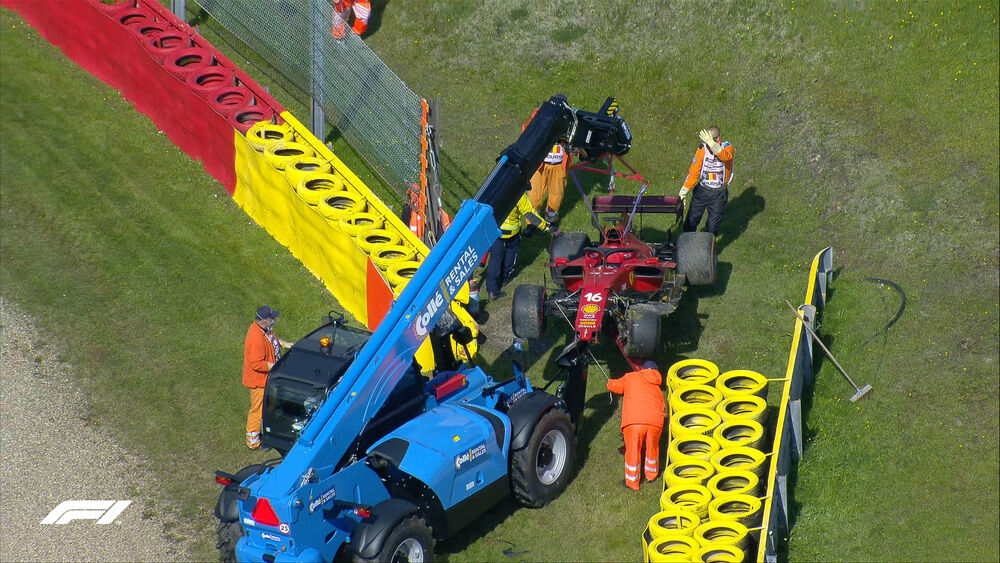 Belgium Gp, F1 is back! The summer break is over, the sun lounger is a distant memory and it is time to go racing once again. This is the first leg of a mouth-watering triple-header that takes in the iconic Spa-Francorchamps for Belgium Gp, followed by the return of the Dutch Grand Prix, before heading to another utterly brilliant historic circuit, Monza.

Who will get the better of their rival, and be leading the championship when the ticker tape flies at the Temple of Speed? Lewis Hamilton had the lead going into the summer break, after a big swing in momentum that saw Max Verstappen fail to finish in Silverstone, before limping home with car damage in Hungary to only pick up a couple of points. There was worse news to follow for the Dutchman – Honda has confirmed his engine from Silverstone can’t be salvaged and that means he is already on the third and final engine of his yearly allocation. If he needs another, he’ll be facing down the prospect of grid penalties.

As for Hamilton, he sounded keen and raring to go yesterday when he spoke to the press. Those Mercedes upgrades, introduced at Silverstone, have yet to be fully tested against the might of Red Bull. Will they pay dividends here? The reigning world champion is a four-time winner at Spa but will be up against it with the crowd likely to be bedecked in orange.

Valtteri Bottas is the other driver with a penalty here, for his part in causing the opening lap melee in Budapest and as for what everyone wants to know, the Finn was tight-lipped yesterday when asked about contracts for next season, with no word yet on whether Mercedes are retaining him for another year.

As for the forecast in Belgium Gp, the experts are saying there is a high chance of rain across most sessions here. It is currently overcast and cool, with an air temperature of just 11 Degrees Celsius and the drizzle from moments ago just stopping but the track is wet and dry in some places.

The sun is now out fully, which as well as drying a few wet spots, should help with tyre warm-up out there. Norris is the first to set a timed lap, a 1m 50.191s for the McLaren man. Raikkonen has had a moment down at Turn 1, losing the rear through the corner exit on what looks like cold tyres. He bounces back over the high sausage kerb which won’t have done his floor any good but is able to continue.

Halfway through the session, and Hamilton is complaining about being “slow” on the straights. This track is tricky, with the compromise of choosing whether to set your car up for the straights or the corners playing into downforce levels. It already looks like Mercedes and Red Bull have gone for slightly different strategies here.

Meanwhile, Raikkonen has had his second moment and somehow, the Finn has managed to catch the inside wall of the pit lane entry. The double yellow flags fly, as the marshals have a quick look for any debris left from a slightly bizarre incident there.

Another thing to consider here is the slipstream. It is always potent with these long straights, and not just in the race where often the driver starting second can get a run on their rivals through the first lap. But it will also be interesting to come qualifying to see if the teams deploy their number two drivers to ‘tow’ their teammates, and who is willing to go out first and punch a hole through the air in Belgium Gp Qualifying.

Drivers have started to switch to the red-marked tyres now, so expect the leaderboard to shuffle a fair bit in the next few minutes.Bottas is on a flier here. He goes fastest of all through the first sector but loses a couple of tenths through the middle part of the track. But he makes up for that in the final sector, to go seven-tenths quicker than the Dutchman in the later stages of the Belgium Gp.

Hamilton trails his teammate in the first sector but interestingly, makes it work through the middle sector. But he aborts towards the end of the lap after picking up traffic in the form of Latifi. It looks like Hamilton tried to go around the outside, with the Canadian seemingly not seeing him coming and squeezing the Mercedes man nearly off the track.

It is now a mixture of medium and hard compound tyres for the teams, who like to use FP2 to collect longer-run data which influences strategy come race day. That being said, conditions-dependent, this is also the only ‘representative’ practice in terms of time with respect to qualifying so the soft tyres should come into play later on once the track has ramped up.

Already the times here are quicker than those from earlier, with Bottas half a second quicker than he managed in FP1. The track is ramping up despite that earlier rain washing away the rubber laid down in FP1 in Belgium Gp – there are support races here this weekend which will be helping with track grip.

Verstappen goes top, by just 0.041s from Bottas, with Hamilton also within a tenth of the Dutchman. As the only one of the three to improve on the soft tyres, it is an advantage to Red Bull for now. The red flags are out, and the cameras pick up a stricken Leclerc down at Turn 6. Replays show the Monegasque got on the power slightly too early out of Turn 6, losing the rear and snaking his way across the high kerbs, and into the barriers. He is out of the car and has confirmed he is okay but the car is not

The red flags are back out, and this time it is for the Dutchman. Replays show he lost the rear out of Turn 7 and hitting the high kerbs, he had no chance to save that one as he skated through the gravel and into the barriers. That looked like a decent-sized hit.

A mixed session that, with plenty of quick times earlier on once the track had dried, before a slew of late incidents including a heavy spin for Ocon. It looks like Verstappen has a narrow advantage on the soft compound, but with neither Mercedes driver able to set improve on the red-marked tyres, there are plenty of unknowns heading into tomorrow at Belgium Gp.

All of which, when combined with the constant threat of rain, should make tomorrow incredibly interesting. Just one hour of practice left to hone those setups before qualifying gets underway. Bottas and Stroll are carrying those grid penalties earned last time out so will be keen for decent grid slots as damage limitation, while there seems to be next to nothing between the Bulls and Silver Arrows here in Belgium Gp