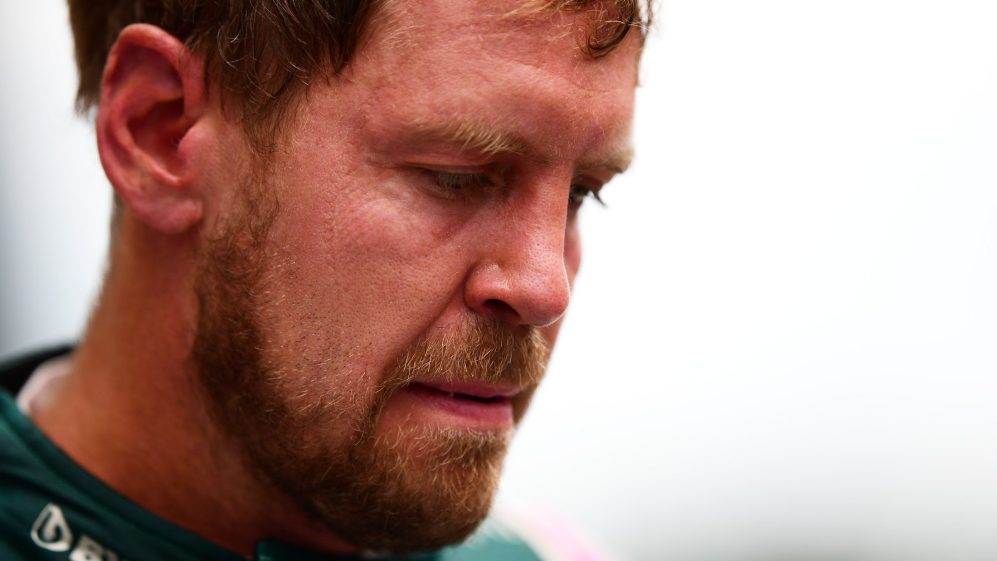 Sebastian Vettel’s Hungarian Gp was very dramatic and chaotic and this continued even after the race. In this section, we look into all the events and the rules that lead to the disqualification of Sebastian Vettel and the appeal process.

The drama started with the announcement late on Sunday night that Sebastian Vettel had been disqualified from the race. The German had finished second, but lost all those points and saw all the other drivers who took the chequered flag bumped up one position.

The reason for the Aston Martin driver’s disqualification was that he didn’t finish the race with enough fuel. Specifically, the difficulty was that his team was unable to present the sufficient fuel sample from the car afterward.

After the race it was not possible to take a 1.0 litre sample of fuel from car 5,” a statement from the FIA stewards explained.

“The team was given several opportunities to attempt to remove the required amount of fuel from the tank, however it was only possible to pump 0.3 litres out.

“During the hearing in presence of the FIA Technical Delegate and the FIA Technical Director the team principal of Aston Martin stated that there must be 1.44 litres left in the tank, but they are not able to get it out. This figure is calculated using the FFM or injector model.

“The Stewards determine to apply the standard penalty for technical infringements. Therefore they took into account, that it shall be no defence to claim that no performance advantage was obtained.

“Competitors are reminded that they have the right to appeal certain decisions of the Stewards, in accordance with Article 15 of the FIA International Sporting Code and Article 10.1.1 of the FIA Judicial and Disciplinary Rules, within the applicable time limits.”

The FIA is at the liberty to come into the garage and take fuel samples at any time during the weekends. They can take fuel samples from drums, refilling rigs, and ultimately from the car itself. They are free to do that as many times as they want. We are 99% sure that they will sample, and that’s the whole reason we have the Track Lab is to be 100% confident that when the sample is taken by the FIA, the fuel will be legal.

Thanks to the Track Lab’s testing equipment (updated whenever newer, better devices come out), trackside analysis takes a few short minutes to complete from the time the samples are drawn from the cars. Once the race weekend starts, the fuel testing is about legality.

The FIA needs that much fuel because it initially provides three samples, one tested by the FIA fuel specialist at the track, one that goes to an independent lab, and one that is retained by the team. Some are also kept should a more detailed form of testing be required later.

Not every car is checked after every race or every session, so there may well have been cases where drivers didn’t have a big enough sample left, but they still retained their points. However, everyone knows that checks can be made at any time, and no team would ever deliberately run their car to the point when there is less than a liter in the tank. There is little to be gained, and much to be lost.

What Chances do Aston Martin has?

In the past, teams caught in such a situation would try everything they could to draw the last vital drops of fuel out, taking systems apart, squeezing bag tanks, and looking in every last pipe. In the hybrid era, that is no longer allowed.

The aforementioned rule says: “The sampling procedure must not necessitate starting the engine or the removal of bodywork (other than the nose box assembly and the cover over any refueling connector).”So Sebastian Vettel Engineer can’t take things apart – they can’t even remove the engine cover. All they can do is put the car on stands of differing heights and tip it back and forwards to dislodge some fuel.

An added complication for Aston Martin on Sunday was that like other British teams, most Sebastian Vettel engineers and team personnel were on a tight travel schedule, and the red flag delay had made things even worse. The engineers left to catch their charter shortly after the flag, as did sporting director Andy Stevenson, the man responsible for dealing with the FIA on such matters. Along with the mechanics and motorhome crew, the one man who was still on site was team principal Otmar Szafnauer, purely because he was scheduled to fly on Monday.

Once the sampling issue was flagged, Szafnauer found himself at the center of the storm and had to personally deal with the stewards, Bauer, and FIA technical chief Nikolas Tombazis, which would not normally be the case for a team boss. There was a flurry of urgent messages to and from the guys at the airport, just before they got on their flight, and to staff back in the UK. Rules were checked and re-checked, every option explored.

A team can calculate how much fuel is left because it knows how much it put in before the start and because the FIA fuel flow meter [FFM] provides an accurate official record of what was used during the race in the Sebastian Vettel incident.

Szafnauer was adamant that there should have been 1.74 liters of fuel still in the car, and given that the FIA only found 0.3, the missing 1.44 should be in there somewhere. Szafnauer asserted that the car’s lift pump had failed, and that’s why the last dregs could not be removed. That was a key element of the debate with the FIA – should the team be allowed to fit a fresh pump to help look for the missing fuel?

Szafnauer debated with Bauer and the stewards as the mechanics continued their efforts to find the fuel. Eventually, the FIA decided that enough was enough and that the team had had ample opportunity to locate it. Bauer reported that to the stewards, who posted their judgment at 10.02 pm – Sebastian Vettel was disqualified from second.

Aston Martin outlined that it felt there was a further 1.74 liters available in the tank, which could not be extracted for an unexplained reason and lodged an intention to appeal the disqualification. Vettel’s car was consequently impounded and taken to the FIA’s technical facility.

The intention to appeal gave the team 96 hours in which to determine whether or not to push ahead with an appeal process. On Thursday evening in the U.K., ahead of that deadline to begin the appeals process, Aston Martin gave the green light for the appeal process to be lodged, while also requesting a right of review in addition.

Aston Martin outlined in a statement that it has “discovered significant new evidence relevant to the sanction which was unavailable to it at the time of the FIA stewards’ decision.” That in effect means a new hearing will be held. The stewards from the Hungaroring round will be recalled to review whether the new evidence supplied by Aston Martin is worth considering. An appeal process will then be heard irrespective of the success of the right of review.

The biggest loser will be Vettel, who put in a superb drive and stands to lose that result through no fault of his own, and for what you might call a minor glitch rather than something that confers any sporting advantage. But that doesn’t matter in the eyes of the FIA – the rules are black and white, and the penalty is inevitable, as the stewards made clear.