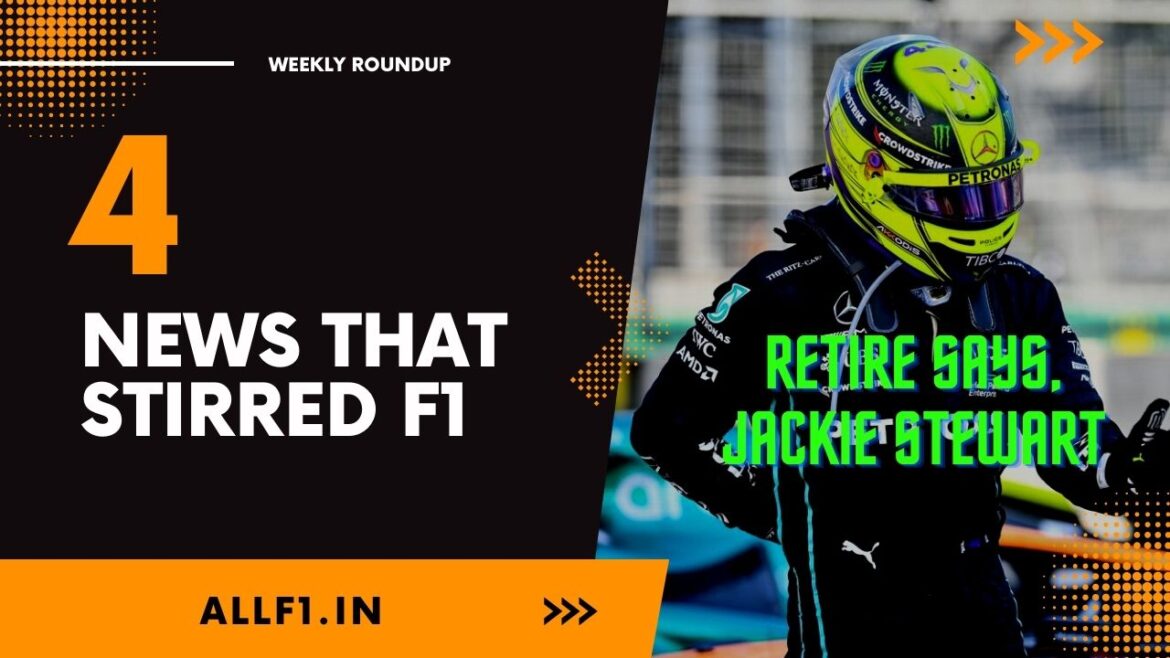 As we head into British Gp 2022 next week, in this edition of Weekly Roundup, we look into all the news that made headlines this week ending – on 24th, June 2021.

Speaking in Mercedes’ post-Canada debrief, technical director Mike Elliott confirmed the eight-time constructors’ champions were bringing updates next weekend, although he was still cautious about their speed.

“We will be bringing new bits to Silverstone,” he said. “We will be trying to push the car forward, trying to get some pace from the package we’ve got as well as the new bits we will add to it.

He also pointed out the need to be grounded and honest with ourselves about the speed deficit to the top two teams in F1 2022.

The following news in this week’s Weekly Roundup is Mercedes again.

Lewis Hamilton and George Russell will benefit from extra aerodynamic and wind tunnel testing for the second half of the season because of an FIA rule. Mercedes will move from 70 percent aerodynamic testing limits to 80 percent, meaning they will get extra time to spend on developing their car.

This comes amid the secondary floor controversy that saw Alpine principal Otmar Szafnauer warning that his team will look to protest the move to upgrade the Mercedes car. The Silver Arrows tested the performance of a secondary floo on the W13 amid an FIA technical directive designed to reduce the porpoising of the current generation of racecars.

Tennis is getting the Netflix treatment this year with the aim to sex up the sport like the screeching success of Drive to Survive in Formula 1. As sports seek to attract a new, younger audience, the American streaming giant’s cameras are now in London to film the fly-on-the-wall reality show of life on the tour.

With Emma and Djokovic starring in the series, it is said to have all the off-court and on-court action dramatized to eleven like the Drive to survive has done to F1 in recent years.

In the last story of this week’s Weekly Roundup, Jackie Stewart asks Lewis to Retire.

He said: “It’s time for him to resign. He’s got music, he’s got culture, he loves clothing and the rag trade would be absolutely suitable for him. I’m sure he’ll be very successful because he’s been earning a huge amount of money, rightfully so because he’s been the best of his time.”

Lewis is in that group of the Ayrton Sennas and the Alain Prosts or even the Jackie Stewarts maybe he added.

As we end this week’s Weekly Roundup, Please share and spread the word and do visit Allf1.in