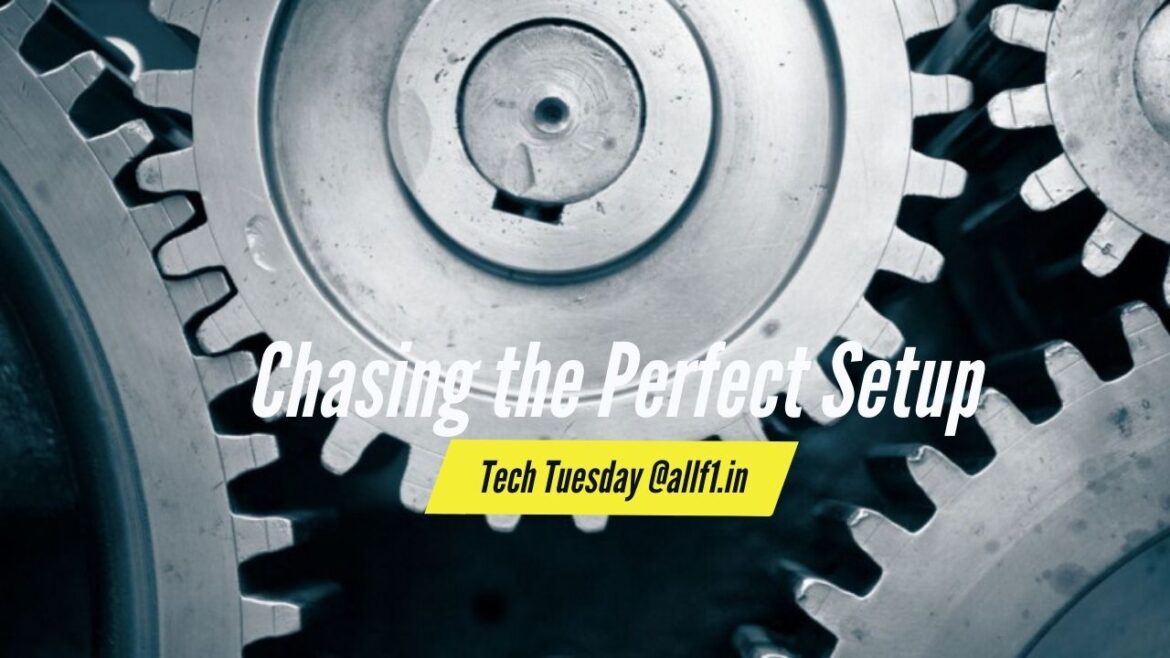 This Tech Tuesday we look into things that go into setting up an F1 car. It is one of the most important things in a new circuit like Jeddah Corniche. In this section of Tech Tuesday, we look into car setup in F1 and why Hamitlon is doing the sim work and what does it all mean.

When a car is developed based on only one circuit, the reality is that it will be dreary on other circuits. So what they do is keep the aero package and engine package as optimal as required and manipulate the vehicle dynamics of the car according to the input from the data and the drivers.

This is why Friday practices sessions are important as any. Though we fans get nothing out of it apart from the occasional shut it is generally a snooze fest. But for engineers in the garage and back at the factory, it is the most important time of them all.

For Normal circuits like Monza, Monaco and Montreal there is a large number of data sets available from the previous races. This data includes different tyres, different weather, different tyre temperature in all possible combinations. That’s why experienced drivers enjoy the break between races and go surfing.

But when the track is new like the Jeddah Corniche or Qatar there is no data available. That’s why racing drivers go to the sim and generate the baseline data for the circuit and this baseline setup is the one that will be tweaked all around the Free practice sessions to get the driver and car in the groove with the track.

The Process of Setup – Tech Tuesday

The pre-race stuff all are done through Sim virtually as testing and running cars these days are very very limited. This is the base layer. There are many testing involved in the process the main of which are slip angle, differential, front wing slip angle, understeer and oversteer in general, Kinematics and aero balance as well.

Then the initial values are corroborated with the historical data from the circuit or previous years running and they understand the area of focus for this race. It can be front wing, back wing, Throttle mapping, aero balance or whatever. If they keep all the parameters variable there is 1000’s different combination that can happen so they understand the area of focus.

Driver feedback and general discussion of the area of focus is discussed with the driver and during the first outing in FP1 they will get the feel for the car, the balance, the understeer and oversteer all will be felt and reported back to the Engineering through radio chatter.

Sensors in the car is another source of data to see if the setup is working and the parameters are optimal. adjustments are made according to the data and driver feedback to complete the setup before parc ferme.

Suggested Reading: What is Parc Ferme?

No, nor it is perfect but this is as close to perfection we can get. The testing times are limited to introduce jeopardy into the sport. An unpredictable live event is more fun than a forecasted event like Tech Tuesday.

When the driver is coming on to the radio and says the setup is completely wrong and the car is undrivable, the teams don’t go around and change everything first they analyze why the data they predicted is not working. Then take out the unpredictability component generally the tyres. Are you listing Pirelli? and work the way up.

Say for example somehow the driver cant able get heat into the front tyres, they will adjust the brake balance so the break heats up generally to very hot and the tyres are heated from the inside from the rim thus solving the issue.

In an event where the variable is the definition of the sport, the perfect setup is a myth, a legend to be beheld. But the teams and the engineers work tirelessly for finding something that is damn near perfect. Remember the Lewis Hamilton Praise in Japan say the car is flowing.