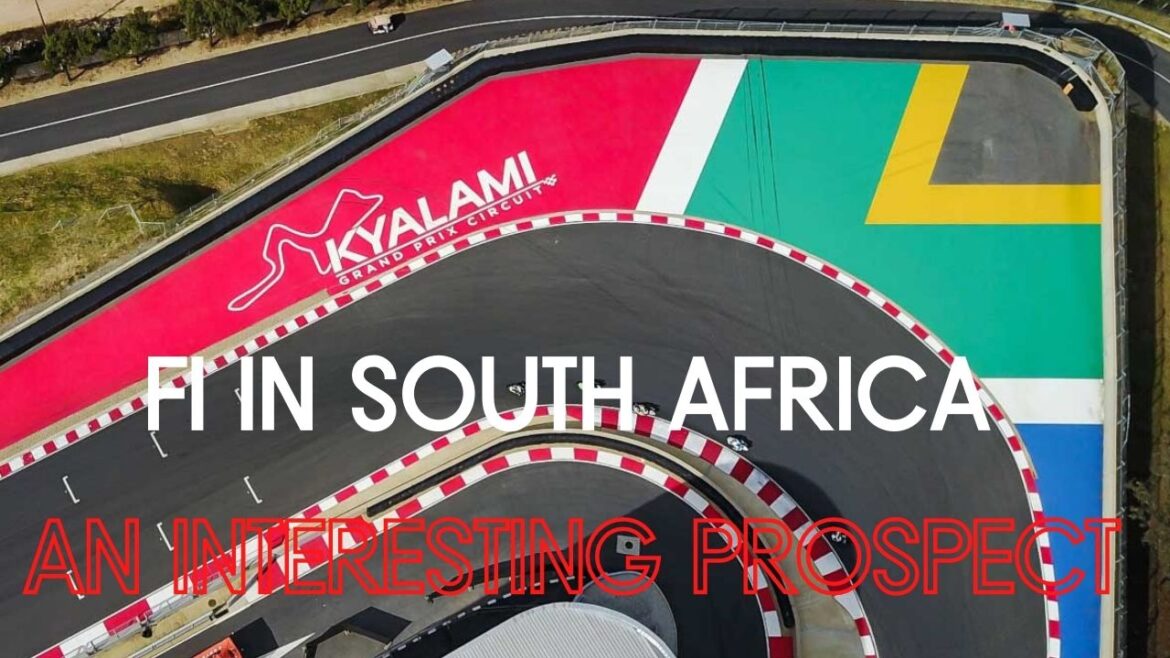 F1 in South Africa is in Talks again and it is an Interesting prospect both for the region and the sport. In this section, we look into the history of the sport in the region, the prospect and what will make it happen.

History of F1 in South Africa

The F1 in South Africa held its first race on December 29th 1962 at the East London Circuit. It continued for 3 years in 63,65 and 66 following which the circuit was relegated non-championship material as the new engine rules came into effect. Then the following races were held in the Kyalami circuit near Johannesburg.

At 6000 ft above sea level, it’s a very high altitude circuit but it was plagued with controversy all along. The 1985 race was mired in international controversy as nations began boycotting South African sporting events because of a state of emergency declared by the South African government in July of that year because of a surge of violence related to racial segregation in the country, called apartheid. Most people involved in Formula One were strongly against going to race in South Africa. Some governments tried to ban their drivers from going.

F1, however, held out for a while, regardless of the massive criticism it got until it became completely untenable to continue to be involved with South Africa.

Unfortunately for F1 fans, even after South Africa dropped Apartheid and became a fully-fledged democracy, unlike cricket and rugby, F1 in South Africa never returned for numerous reasons but not having the finances to pay for a race, let alone upgrading the Kyalami circuit to meet modern-day F1 standards, has ensured that no GP is held in Africa let alone South Africa.

He told reporters ahead of his race at the F1 Grand Prix in Texas:

“The place that I really feel is dear to my heart and most important for me is to get a race back in South Africa. I think there’s a great following out there and it would be great to be able to highlight just how beautiful the motherland is”.

Lewis Hamilton met South African actress Nomzamo Mbatha in 2019 in the United Arab Emirates (UAE) at the Abu Dhabi Grand Prix and it looks like their meeting left a lasting impression on the acclaimed racetrack star.

Nomzamo shared a video of meeting her F1 “crush” on Instagram, with the pair excitedly chatting together.

Both Nomzamo and Lewis are proud supporters of the Black Lives Matter movement and have actively been involved in the fight against racism around the world. And it’s not just Nomzamo that Lewis Hamilton knows in Mzansi, the 36-year-old driver calls fellow celebs Black Coffee, Trevor Noah and Siya Kolisi “friends”.

Like many celebrities around the world, he is also inspired by the work of the former late president of South Africa Nelson Mandela. Lewis met the Springbok captain and the rest of the squad at the Laureus World Sports Awards in Berlin, Germany in 2020

Track and Sponsors for F1 in South Africa

Africa has come a long way from the 1991 Apartheid Crisis, Warren Scheckter, CEO of the South African Grand Prix, says Kyalami is “ready” to bring Formula 1 back to the nation in 2023. Under the ownership of Liberty Media, and F1 CEO Stefano Domenicali’s leadership, a clear plan is in place to expand the Formula 1 calendar and make moves into new markets.

And one of the critical markets identified is a race in Africa, a continent that has not hosted Formula 1 action since the 1993 South African Grand Prix.

“We want to have a race in Africa, and we want someone to pay for it. If the money is there, the race will happen. And, if F1 is desperate to race in Africa, even without the money, we have the track.”

The racetrack is already a world-class venue, and getting it Grade 1 ready would only need a minor revision. “The most important thing is that it’s safer than a street circuit, too. The FIA would need to come over for inspection, and they’ll ask for some upgrades like installing the sport’s hi-tech barriers. We’ll also need to work on some more run-off areas and make it safer here and there.”

The return of F1 in South Africa will be a dream come true for young racers. It has been said by motor racing experts that an African Grand Prix is going to be a huge boost for bringing diversity into the sport and for the growing economy.