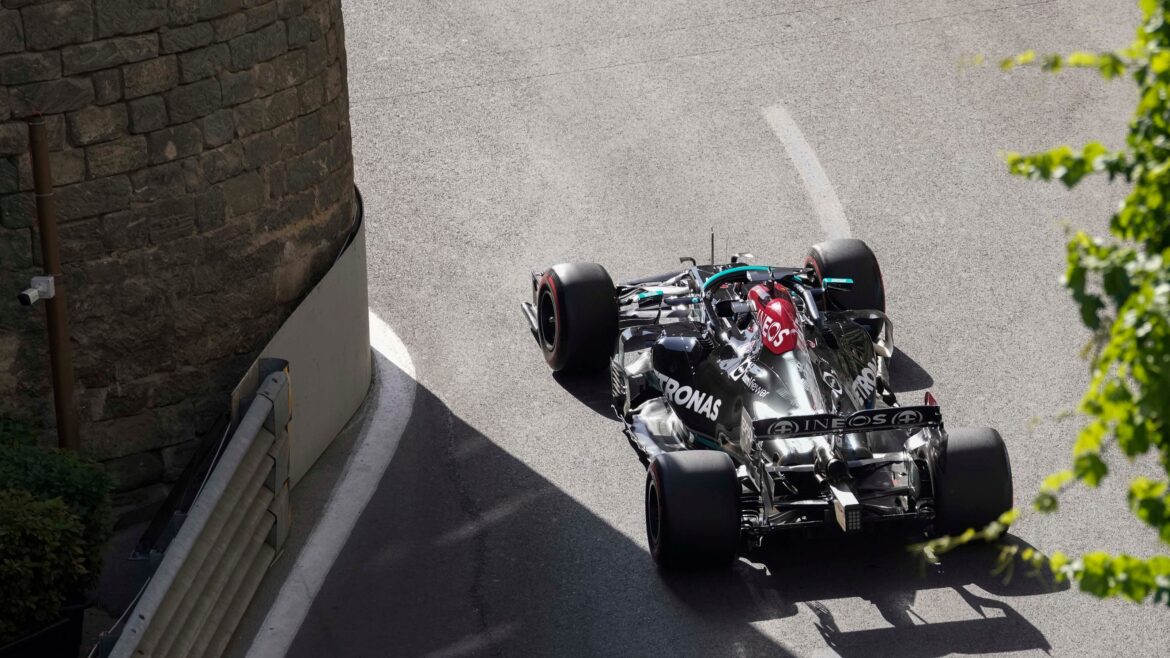 Mercedes F1 Cars and Street Circuit has not been a good pairing, but this year it’s even more painful. In this section, we explain how aerodynamics and engine power solved it in the yesteryears.

After the Bahrain Testing Redbull was the Favourites going into the season opener. But In terms of performance – rather than results, we could look at the four races and say it’s pretty clear that Mercedes began the season behind in Bahrain, closed the gap a little in Imola, drew level in Portimao, and edged ahead in Barcelona.

It paints a picture of relentless Mercedes development and fine-tuning of its car. Each race has a sweet spot in the setup and when the Engineering team and Driver achieve it, the expected results come in. If not the result is considered undesirable.

Mercedes has been a difficult car to run in the pack. It doesn’t like to follow and the setup in the cars has always been for open-air in the previous years. When they find themselves in the back of the pack they have no idea on the setup and no idea on the sweet spot they panic and go downhill.

We have seen that the Red Bull gets its tires up to temperature quicker which is great for qualifying laps. But it uses them up quickly during a stint. The Mercedes are gentler tire usage has sometimes been amplified by the way Lewis Hamilton treats the rubber.

In 2020 the Mercedes understood that cooling the tire is difficult so they introduced DAS, but it was banned. So 2021 just forwarding the Break Bias using the Break Magic button is the only solution in out-lap. But DAS can be used in any part of the race on restarts anywhere.

The Mercedes has also traditionally been a difficult car in traffic, seemingly more adversely affected by turbulence from the car ahead than others. The aero restrictions of 2021 divided the field up into High Rake and Low Rake cars Mercedes and Redbull are near the opposite ends.

The team made it work extremely effectively but other teams which had looked at the concept in the tunnel said they saw some great downforce numbers with it, but that they couldn’t adequately control the outwash flow around the tires and down the side of the car. That’s why the ride height was increased a bit.

Aerodynamically, the Red Bull and Mercedes are very different. The high-rake RB16B has a very strong front end, particularly valuable into slow corners. High-rake gives a greater migration of downforce towards the front at slow speeds, as the rear of the car rises. The effect is much less pronounced in a low-rake car such as the Mercedes which typically does not have as strong a front end into slow corners.

This is the main reason Lewis wasn’t able to close the gap to Perez in Sector 2 of Azerbaijan Gp, to get the DRS on the long straight in Sector 3. Portimao showed an interesting pattern in that the Mercedes was actually quicker through the slow corners but as much as 10kph slower through the fast ones. This wasn’t necessarily because Mercedes had suddenly found a lot of front end grip, but could simply be about where the differing optimum set up was for the two cars.

This is the main reason why the Flexi Wings in both front and rear of the car is contested strongly.

In the Azerbaijan GP though, Hamilton and Bottas have different wing setups for varying downforce. Hamilton with his racecraft was able to control the car much better than Bottas. Watch the Race Debrief below.

Red Bull had finally unlocked the secret of its RB16b and that if it had done so earlier it was convinced it would have had the beating of Mercedes. Easy to say. But maybe it’s finally going to make good on that promise. Rarely in recent years has a Red Bull looked like the form car heading into a season.

One thought on “Mercedes and Street Circuit – Excruciating Combo Explained.”