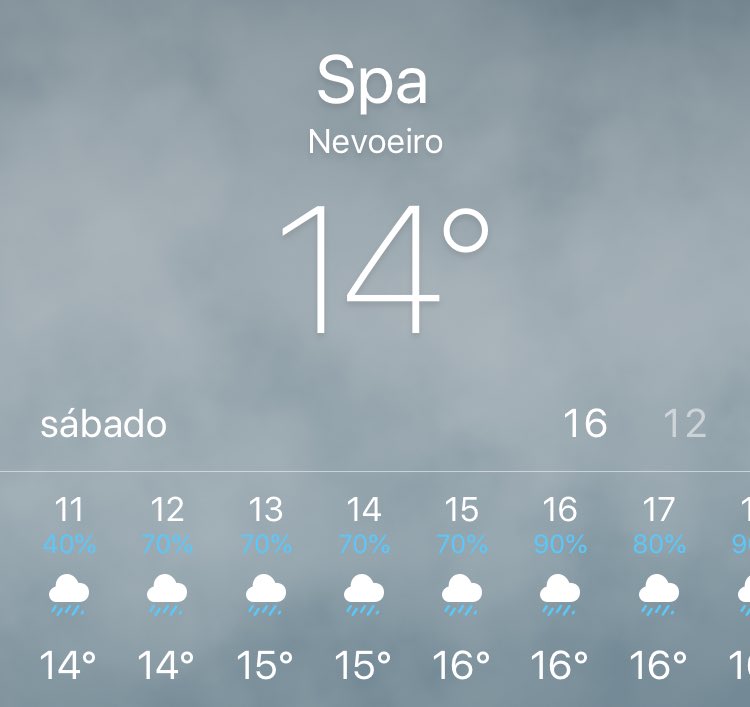 Belgium Gp, Round 12 of the Formula One World Championship saw Verstappen and Bottas leading two sessions on Friday. Verstappen and Leclerc crashed yesterday and as expected the track in Wet. With Leclerc needing a new chassis, we look into how the FP3 Session got on.

The track looks fairly dry-ish, but still, plenty of fans are wearing anoraks and jackets with hoods up, and the sky looks ominously grey. The risk of rain for FP3 is 90%. Pirelli has given the teams the middle three slick compounds for this weekend – the C2, C3 and C4 rubber. But how much we’ll see of those tyres, and how much the intermediates and wets will come into play remains to be seen.

One thing that is worth remembering is how long the track is here at Spa, which means plenty of time lost if you find yourself on the wrong compound and have to limp back to the pits for a change of tyres. Making the right strategy calls today could be absolutely crucial.

Just a reminder that the teams do have a limited number of intermediate and wet weather tyres per weekend, the same as they have a set allocation of the slick compounds. So making sure you have enough left for qualifying and the race if you think either of those could be run in the wet is important, and will determine how much running we see in FP3.

It is used inters for everyone except Haas so far, but Russell has already found himself in a spot of bother. The Williams man can’t make the corner down at the Bus Stop chicane and runs wide, with no real harm done. Mazepin, Sainz, Vettel all having a moment of bother but no harm done in the initial stages of Belgium Gp

Bottas and then Hamilton both run straight on at Turn 5 on identical moments. “The left brake is not working that well,” reports the reigning world champion. With an air temperature of just 13 Degrees Celsius, brake warm-up is likely to be an issue out there. After ten minutes of final practice, Hamilton is fastest, followed by Gasly, Russell, Alonso and Vettel Neither Red Bull has set a lap time yet in Belgium Gp FP3.

Problems for Raikkonen who gingerly makes his way back to the Alfa garage after reporting that his brakes have failed. He had a less than ideal day yesterday which included a spin and a connection with the pit wall entry, and today isn’t off to a stellar start of the Belgium Gp.

Hamilton goes to the top of the timing sheets with a 1m 57.996s. Renowned as an expert in the wet conditions, he hasn’t actually been as impressive as usual this season when the rain falls. An uncharacteristic off in Imola earlier this season could have been costly, and as for Hungary poor strategy calls on a drying track cost him there.

“It’s ok, it’s just drying and greasy everywhere” says Lando Norris. Drivers don’t have a lot of intermediate tyres to use this weekend, so as the track dries they need to make a call on getting laps in vs risking not having tyres for quali and the race.

Verstappen goes top of the Belgium Gp FP3 with a 1m 56.924s as some blue sky appears over the track. With the tell-tale spray starting to disappear, it won’t be long before the slicks come out. Unlike the race, there is no real gain in practice to gambling first so expect the teams to wait and be really sure before making the call.

According to Pirelli there is no more rain until qualifying – but McLaren have just told Ricciardo that there is set to be light drizzle on certain parts of the circuit. The joys of Spa, one of the trickiest races of the calendar to call for the forecasters. Reminder that from this weekend the FIA will implement the technical directive regarding pit-stops this weekend, so we could see slightly slower stops. Read more about it here: Pitstop Rule Change – Emergency Rules Explained.

It is still quiet out on track, as Verstappen reports a dry line has appeared, meaning he won’t be able to extract the same pace on his intermediate tyres now without wearing them out pronto. That drizzle as reported to Ricciardo seems to have held off, at least across most of the track. Sainz says full wets as there is 20 mins left in Belgium Gp FP3.

So with just over ten minutes to go, have the teams learned what they needed to? In many ways, with data gathering so limited, it makes qualifying all the more exciting as the teams haven’t had a chance to fully nail their set ups and exploit their pace advantages over their rivals.

The chequered flag is out and after an entertaining last few moments, the session draws to a close with Verstappen on top of the pile, backed up by his team mate in P2. Hamilton wound up third, a second adrift of his title rival.