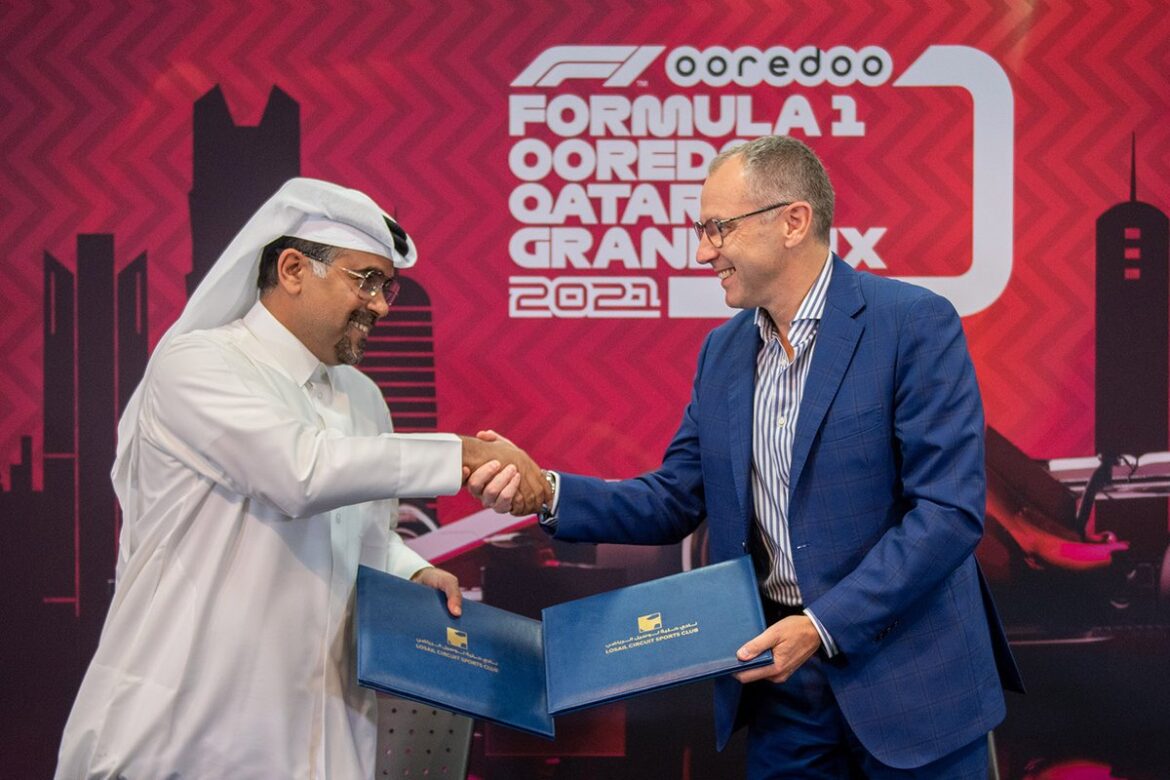 From a Modest race in Bahrain in April 2004, the Middle East and F1 have come a long way, with Four races and testing scheduled for the foreseeable future and contracts running into years, The Middle east offers one thing that F1 is after Money and Glamour. In this section, we look into the reasons why F1 and The Middle East is an exciting combo.

Why the Fuss about Middle East and F1

The Middle East has a patchy human rights record compared to most of Europe and America. The First thing in all the social forums and online F1 community when the race was announced is the discussion about the importance of human rights in the sport. F1 during the race season has more emphasis on human rights and racial discrimination, it has campaign’s like “We Race as One”

Like Sebastian Vettel, who cares for Bees and Environment on a Weekday and racing in gas-guzzling Sport on a weekend, F1 is dealing with it in the same way. They talk about human rights on a weekend and make 10 year deals with a regime that doesn’t think twice about women’s oppression.

Amnesty International has called on many F1 drivers, owners and teams to consider speaking out about the human rights situation in Saudi Arabia. Read the Guardian report here.

In this report, there is a mention of a term called Sportswashing, a term coined for brainwashing and image building to cover up human rights issues using a sporting spectacle. But why and what makes F1 so compelling to run it in the Middle East.

Oil is dying as the world turns electric, Like Dubai and Abu-Dhabi who has crafted themselves as a tourist destination, most of The Middle East right now needs an identity to stand behind, sports and hospitality is one of them.

F1 due to Covid-19 is having Money Crisis, The Middle East has an identity crisis, so both came hand in hand to solve the issue. Abu-Dhabi made an offer so big that F1 can’t refuse. Now the tracks and Jeddah and Qatar also have done the same for 10 years.

The Teams and all the major investors in F1 are from the Middle East, Mercedes, Ferrari, Aston Martin all have showrooms in the Middle East and it’s one of their important markets. Mercedes title sponsor Petronas has signed a two year deal with Saudi Aramco for its projects.

You name it they have partners, Shell, Ferrari sponsor has plants all over Riyadh and Saudi. Mclaren is 56% owned by the Bahrain Royal family’s Mumtalalkat investment company. They are everywhere.

So I am sorry to report, that no one will say a word about anything anywhere. Team LH too !!!

F1 needs viewership badly, since the Gen-Z are all into social media, we all know F1 has upped its game in that arena. F1 was the fastest growing sport across Facebook, Twitter, Instagram and YouTube last year, rising 36 per cent with the inclusion of TikTok, Snapchat and Twitch, while video views jumped 47 per cent to 4.9 billion.

While the international TV feed will always remain our core product and the move in 2019 to MBC Action has been perfect to place the sport in front of non-core fans, the region also has a very young demographic who engage through mobile devices,” says Ian Holmes, the F1 global director of Media rights.

He also added that the aim is not to cannibalise Tv viewership, which thanks to Netflix have increased by 9% over the year, but to deliver content in many local languages and graphics in many languages across the world to engage the audience’s in F1 content.

Of this rise, a significant amount came from the middle east region that another major push for tracks and events in the region. American F1 approach seems to be taken the NBA and NFL route by roping in drivers from that region. Max Verstappen has increased 56% viewership in the Netherlands.

Mario Andretti and Herta dealing with Alfa Romeo is for the same reason to boost F1 in America. Time and Time again F1 has proved to us that cash is king. F1 and Liberty Media is on the right path in the development of sport, but how long do they have until the conscience catches up to them.

3 thoughts on “The Middle East and F1 -Relentless Sports washing!”