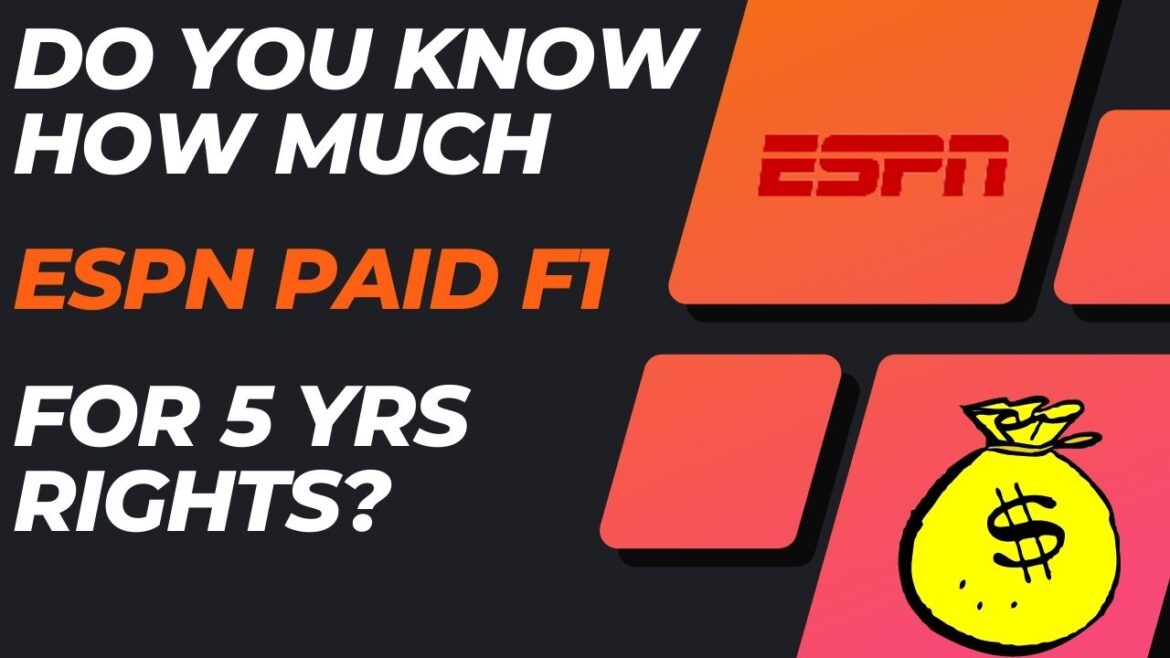 ESPN after a crazy 2021 season and adding more races in America for 2022 and 2023 has negotiated media rights from Liberty Media, for an agreed sum of 75-90M per year. Currently, ESPN pays a meager 5M dollars per year for the rights and signed a three-year deal in 2019.

Formula one has three main revenue streams, Race promotion, Media Rights, and Sponsorship fees. While the Race promotion has increased-fold due to the pandemic recovery, Media Rights and Sponsorship fees have reduced slightly due to tight negation of sponsor income, and Media rights are given to ESPN for free due to the NBC scuffle and Netflix payment from Liberty Media.

Its main foray into the OTT space is its popularity among the younger generations. The Awards and Recognition that Netflix gets during the Oscars and Golden Globe are immense. With a total of 480 nominations and 204 Wins in different award ceremonies over the world, its might is well established.

The main thing about Netflix is that it can create a trend, Remember Squid Game, it becomes a trend overnight. F1 stars like Daniel Ricciardo have caught on the squid game trend and there were paddock discussions on the same.

But F1 can’t have their drivers discredit Netflix Drive to Survive, the recent comments from Max Verstappen and Carlos Sainz generally puts the show in a bad light but not all is lost yet. This has been communicated by sublime messages by Liberty Media to the teams.

F1 as a sport has gone through major changes in 2008 and 2018. Broadcast rights made exclusive in 2008 made a lot of money for the sport. There was a decline in viewership from 2008 right until the end of 2017. Then the inclusive digital media age in 2018 brought in a huge viewership inflow after Liberty Media brought the F1 brand. But in 2019 F1 lost 20 million viewers according to this Forbes Report. The UK views have always gone up when Nigel Mansel and Hamilton won but worldwide views are lowering at an alarming rate.

But after the 2021 blockbuster season, F1 found a robust market for its media rights thanks largely to increasing television viewership that has resulted in around 1.0 million viewers per race. League and media executives both feel that F1 has a lot of room to grow that viewership, especially considering that it added several races in the U.S. and now counts six races that occur in U.S. time zones: Austin, Brazil, Las Vegas, Mexico City, Miami, and Montreal.

Sources said that Amazon put forth a higher bid said to be around $100M per year with the right to sublicense to a linear broadcast network. Comcast’s offer was similar to ESPN’s monetarily, sources said. Comcast’s offer would have put several of its races on its Peacock streaming service in addition to linear coverage on NBC and USA Network.

Amazon still might do a sub-contract with ESPN as It has immense experience in sports broadcasting and it’s running high and mighty in Europe and America. Amazon is buying European soccer rights taking advantage of the prevailing pandemic and the weak balance sheet of the broadcasters.

Its 2019 broadcast of league matches in Premier league football coincided with a record number of subscriptions in the U.K. This prompted them to sign three-year deals with Ligue 1 and Ligue 2 games for 893 million. As of writing, Amazon has recently secured its exclusive NFL deal.

F1 desperate for cash is making deals with governments whose human rights are questionable at best. This proves that cash is king in F1 still. In this position, Amazon is the only company that can throw in the big numbers. Logically it’s the cash rich who has the upper hand in this forte.