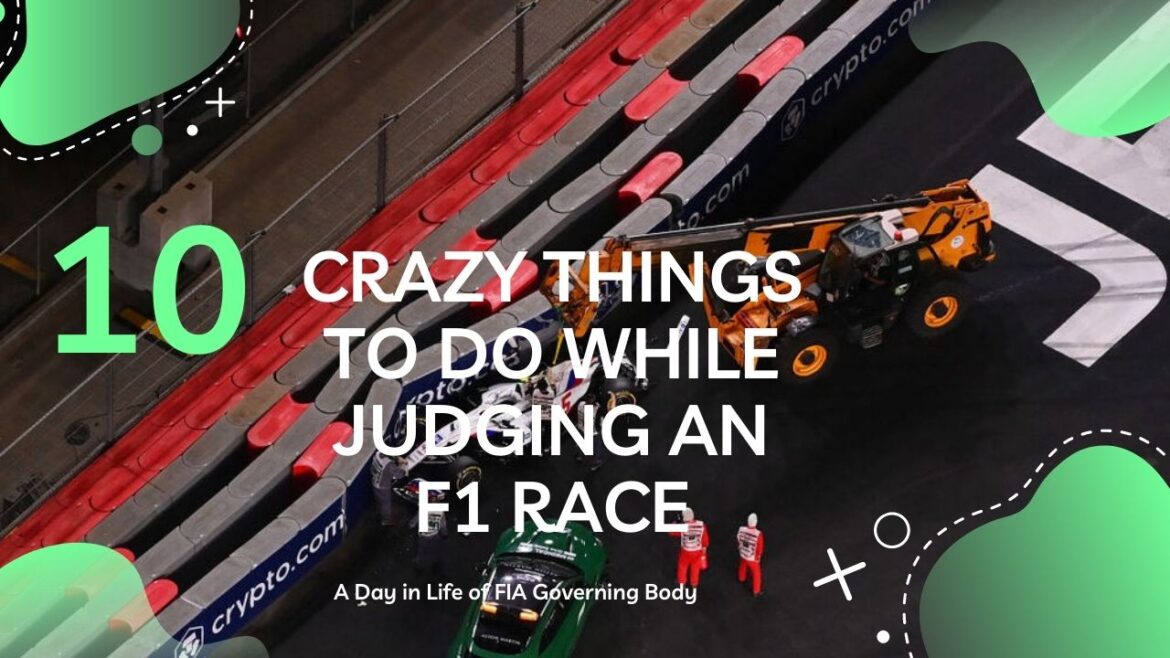 Saudi Arabian Gp, Round 21 of 22 comes to the seaside resort of Saudi Arabia, Jeddah Corniche saw chaos and safety car over saftey car and the race entangled by penalties unfair decisions.

But after we unpick all those incidents – as it stands, Hamilton and Verstappen are tied on 369.5 points after Saudi Arabian Gp heading into the final round next weekend in Abu Dhabi.As scripts go, it couldn’t get much better. In this section, we look into how it all unfolded.

Plenty of time to catch you all up on the latest developments in Jeddah, starting with the most important the state of Max Verstappen’s gearbox after a Qualifying shunt yesterday. As it stands, that gearbox has been given the all-clear by the team so he should be lining up third in a little under an hour, and right in the thick of the action.

So what are the chances of enough chaos that Hamilton slips down the order? Quite high. This is a street circuit, with looming walls ready to catch out the smallest of errors. Getting a good start and keeping out of trouble on the first lap with be crucial here as the F2 race showed, which featured red flags after a big crash at the start.

We hope both Fitapaldi and Theo are ok but no news yet. Along with the threat of red flags, the Safety Car may well feature tonight. This will make pit stop timing at strategy very interesting, not helped by no historical data of running here. everything is unknown here in Saudi Arabian Gp.

Lights out at Saudi Arabian Gp

The action is immediate Hamilton is gone, screaming down to Turn 1 but Bottas is alongside Verstappen who started on the cleaner side. but Bottas manages to hold the racing line and the Dutchman has to yield. Behind Perez comes so close to pipping Lelcerc for fourth, but he gets so close he nearly runs into the back of his team mate – and sensibly pulls out of the move.

Verstappen is pulling off the racing line, he is trying to cool his brakes after attempting to follow in the dirty air of Bottas. Overheating is going to be an issue tonight. The next question will be how long can Norris’ soft tyres hold on out there? They are already nine laps old, but he is holding onto P6 as it stands. He is forming a roadblock though, with the front five starting to ease away.

Red Bull will be checking their tyre data – they have both cars running in dirty air, which won’t do that Pirelli rubber much good at all. Perez is one second behind Leclerc, Verstappen has dropped slightly back from Bottas to the tune of 1.5s.

Mercedes are in control as of now of the Saudi Arabian Gp.

Schumacher has crashed at Turn 23 of Saudi Arabian Gp

The Safety Car is immediately called as cameras pick up the remains of Schumacher’s Haas, who seems to have crashed at the same place Leclerc did in FP2. He has confirmed he is okay on the radio, which is great to hear.

As we await replays of that crash, Hamilton and Bottas have both pitted. Hard tyres for both, as Verstappen stays out. Theoretically they can go to the end of those, tyre degradation has been low here this weekend.

Leclerc, Perez, Norris and Alonso are also in the pits. Replays show some tension between Verstappen and Bottas – the Finn seemingly slowing in order to create a gap in the pit lane so that he wasn’t stationary when Mercedes double stacked their drivers. Verstappen is furious as a result.

The red flags are out in Saudi Arabian Gp

It looks like the barriers need more extensive repairs than first appeared, and as such the race has been halted. But of course, in a red flag period, you can change tyres. As such, Verstappen is about to be the leader of the race on merit.

RACE WILL RESUME AT 21:15 and a Standing Start- Verstappen leads off!

Hamilton gets a great start and is side by side with Verstappen into the first corner. But Verstappen cuts the corner, cuts back across Hamilton and forces him wide, which allows Ocon through into P2. Bottas locked up, Perez spun and it looks like a Haas is also in the wall and Russell has stopped as well. Red Flagged again.

Checo wants his car back in the pits but car is heaviy damaged. Mazepin in the wall going on the back of Russel.

To Recap so, while the crashes were going on behind, up front Hamilton starting from P2 had overtaken Verstappen starting from P1 at the first restart. But the Dutchman cut across the corner and retook the lead – seemingly falling foul of the ‘gaining a lasting advantage’ rule. Instead of reporting it to the stewards to decide on, Race Control have given Red Bull the option to give up position to Hamilton which they have agreed to.The thorny matter is that Ocon has inserted himself right into that fight.

The cars will reshuffle their order once they leave the pits, to follow the Safety Car around for a third standing start of the evening.

But it isn’t a great start for the Frenchman and he runs side by side with Hamilton and Verstappen into Turn 1. Hamilton has the most to lose and cedes quickly, Ocon goes straight across Turn 1 as Verstappen did at the last restart and also yields and Verstappen leads this race yet again. Another VSC over VSC

Hamilton doesn’t waste any time in cutting that lead back down to 1.2s as they start a new lap. Can he pressurise the Dutchman into making a mistake tonight? Verstappen hasn’t made many this season – and yesterday’s qualifying error might well be his one and only for the weekend.

Just as Red Bull tell Verstappen to give the place back, Hamilton has run into the back of the Red Bull. Was Verstappen slowing to let Hamilton go past when the two collided? Or did Hamilton make a mistake? Mercedes believe that Max will cede the position here and tell their man accordingly, but there is no sign of it yet.

From the sounds of things, Red Bull told their man to slow and give the place back after that Turn 1 cutting the corner incident, but Hamilton had not yet been told and as such, wasn’t expecting his quarry to suddenly slow.Plenty of controversy to unpick after this one.

It is all go here – that Turn 1 cutting the corner incident has earned Verstappen a time penalty, given he didn’t immediately cede on track as is custom.The Hamilton running into the back of Verstappen moment will be investigated later.And Hamilton has just overtaken Verstappen in what looks like a legitimate wheel to wheel moment!

It is victory under the Jeddah lights in Saudi Arabian Gp for Hamilton, with his great rival coming home second. Bottas out drags Ocon to grab third on the line.

But after we unpick all those incidents – as it stands, Hamilton and Verstappen are tied on 369.5 points after Saudi Arabian Gp heading into the final round next weekend in Abu Dhabi.As scripts go, it couldn’t get much better.