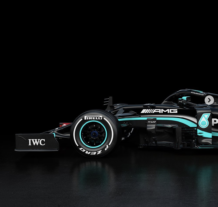 The much-awaited Mercedes AMG Petronas F1-W12 E-Performance car aka Mercedes car was revealed yesterday. The glorious black shiny livery is still there and makes a lot of appeals. The presentation was very boring and generally lacked excitement. With the 8th title insight and with a short Hamilton contract will this be his last season?

The Mercedes team under TOTO is a well-oiled machine. He went on to say that he is enthusiastic about the challenge and he is confident again that any challenge that came their way would be handled with ease. He went on to say that they reset the focus every year and this makes them stick to the ground reality of the sport. The car developed under James has only one constant, the Seat fitting of the drivers and in-turn the drivers themselves.

Bottas was all charming and played the same fiddle that this year its different but I would not bet on it. With talks of Lewis leaving the sport at the end of the season, Bottas has a favourable chance of winning the championship at last. Hamilton, a sore loser in many attempts has time and time again proved he is one of the greatest men in the sport. His eyes are set on the 8th and Mercedes are the favourites.

The W12 was menacing to look at. Even after a good deal of details are revealed during the presentation according to James the car’s party pieced are still not revealed. Remember the DAS last year. The barge board is so complex in these new cars it seems almost like every little detail is fine-combed to increase the aero gains. The first lap chaos in races generally has nose damage or barge board damage,

Will these cars be able to run at full potential if there is even slight damage? Time will tell. The rear triangulated assembly as revealed in the tech specs will have an opportunity for different end wing plate config. The Sexy bulge in the rear of the car has much gubbins to watch as the power of the almighty turbo hybrid era has increased even more.

Their goal is set in stone for the team to be the best in the business and win the drivers and constructors championship for the 8th time in a row. The fans and sports have a different expectation though, they want a championship fight they want track battles, not people winning with 30 sec’s margin over the 2nd place. They want drama, they want close calls, they want pit stop errors from all teams. They managed it to George why, not to Hamilton. In short Mercedes, runaway victory is bad for the sport.