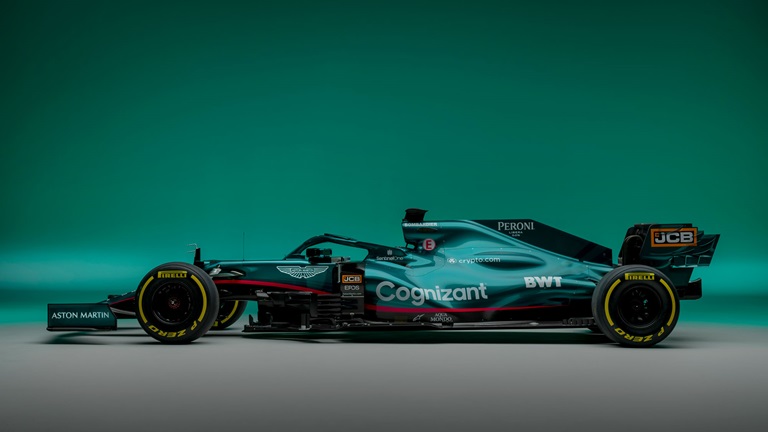 Aston Martin, the rebranded outfit of Racing Point F1 team, owned by Lawrence Stroll, father of Lance Stroll, F1 Driver was revealed last week in a spectacular Aston Martin green. The Colour signifies the heritage of the team’s previous stint in formula one with their DBR 4 in the ’60s. Is it a green Mercedes? The answer is yes and No. Though they share the Mercedes power unit the aero philosophy is completely different and the ground-up car looks properly menacing.

Under Stroll, Otmar and Techincal director Andrew Green, the team was just shy of the 3rd place constructors champions in the standings. With Perez’s Podium first F1 Victory and many podium places, the team is in high spirits going into the winter. With the addition of Sebastian Vettel, the 4 World champion to the team the factory is practically flying. But Last year start can’t be any more wrong, the team was on a moral backfoot and reprimands after reprimands they were allowed to continue on the edge of the regulations. Regular fans of the F1 were deeply disturbed about the morality of it all.

Lance has all to prove in this season. Though his father is the executive chairman of the team many people look to him as he has bought a seat rather than earned it. He has to step up. Vettel has been longing for a car that has the powerful Mercedes engine for god knows how long. Vettel a veteran can guide the team but does he has the speed and tenacity like the younger generation? We have to wait and watch. The on-track performance on the next day was satisfactory due to the wet conditions in the track. Seb is confident and charming as ever in the presentation.

Dubbed AMR 21, it has a Mercedes power W 12 unit. Let’s address the elephant in the room is the brake duct the same or different they did not reveal it. But there are other significant changes in the car they went a completely different philosophy than Mercedes in the barge board design and the Back end is quite different from the previous iterations.

The Expectations is to win the title in 3 to 5 years’ time. 3rd in the championship this season is attainable if they keep the faults to the minimum. Will Seb stay on the team for 5 years? Will the team able to win with Lance stroll, or his exit next year will the rebrand happen again there are a lot of unknowns. But hardcore Seb fans have a reason to cheer after a very long time.