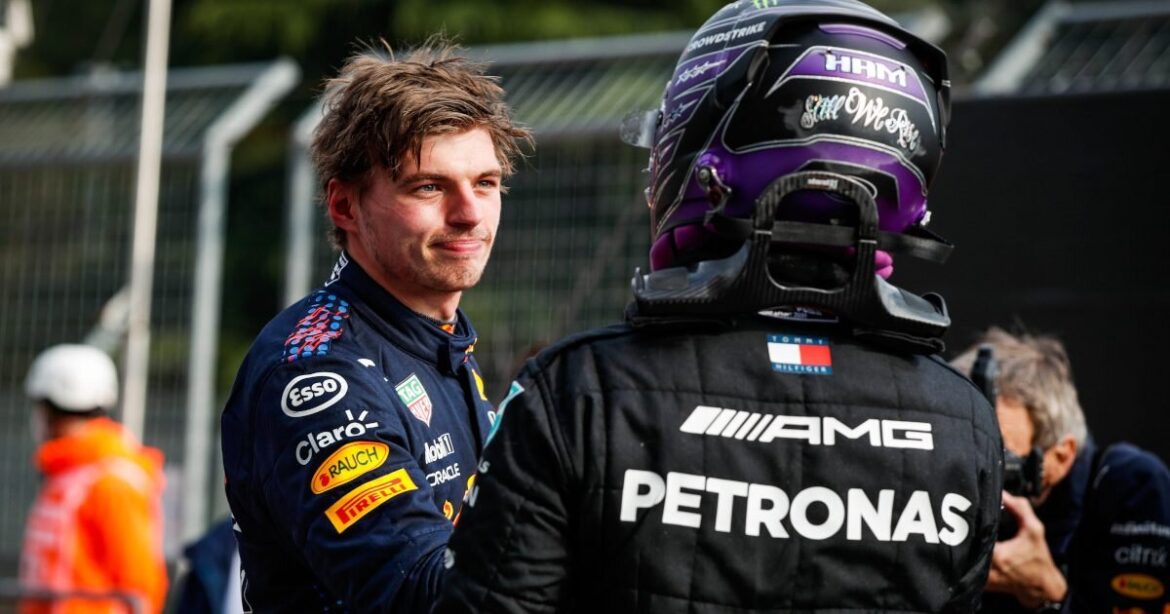 Max and Lewis are in a title fight, as there are 6 races to go and 156 points on the table. we look into the strengths, weaknesses, Teammate and team operations and everything that decides the fate of the bewitching championship battle of F1 2021.

Lewis Hamilton a veteran in the sport, has more calmness and experience and his poise when things go wrong can make or break a race and the championship in general. Max though young aged, is considered aggressive at times, but recent events can show he is more mature for his age.

Sure he is an aggressive racer but so is Lewis. But Lewis aggression is always peppered with maturity and years and years of experience. Max is peppered with an eagerness to get on with it and pace. No doubt both drivers are in a good mindset about the teams and the support each receives. Will it be the Young Gun or Old King? In terms of mindset, both Lewis and Max is soaking pressure so well.

Mercedes has a newfound pace after the summer break. It has an upper hand and the gap seems too big enough to worry the Redbull camp. They were faster in Russia, Monza and Turkey. Since Spa was a washout nothing has to be considered from there.

Though in the last two races weather had played its part in terms of the car it is Mercedes who after an initial slump crawled back as the car to beat. Since the pace advantage is not circuit specific it is going to be a tough ask for Redbull and Honda to match the pace of Mercedes.

With the FIA, reporting the Mercedes Engine is legal for the Red Bull Quey, there is still huge speculation on the newfound speed and the temperature regulation in the plenum. But as it stands advantage, Mercedes.

Bottas has changed into his 5th PU, Hamiltion changed only the ICE for his 4th PU, Bottas got two engine penalties and Lewis has only part changes. It’s a high ask for a season this long and he can get off the pace like the yesteryears where he rounded the championship with 6 races to spare.

Redbull meanwhile is strong in terms of engine and components even after the unfortunate shunt in Silverstone Gp. This could play a huge role in the fight to the championship seeing that Mercedes is struggling with Reliability.

Team Work is another area where Mercedes is struggling, Redbull has converted P20 to P2, P9 to P3 for Perez in consecutive races, but Mercedes was not able to cash in on Turkey, losing a potential P3 for P5. There are still some uncharacteristic errors in the pits from both Redbull and Mercedes. But Redbull has a clear advantage in this area.

The most important part of any chemical equation is the catalyst. Bottas and Perez are the catalysts here. Bottas has been perfect in every sense as Lewis goes about his winning ways, but after his contract signing with Alfa Romeo, Bottas is not playing Mercedes terms. He left Max Verstappen through without so much as closing the racing line.

Perez was nowhere close to the front in terms of defending Max in the whole of the season. But he shows what he can do in Turkey when he fought toes to toes with Lewis and came on top. Though it lasted only 4 places, this set the tone for Hamilton and the race that it won’t be easy sailing. If Perez can qualify close to the top then he comes into play but it’s advantageous to Mercedes as bottas is flying at the moment.

Brazil – Redbull and Mercedes are evenly poised with Advantage Redbull

Qatar and Saudi – No one know’s

AbuDhabi – Judging by last year it’s Redbull but if it goes to wire Mercedes can pump it up.

As told it’s a tough one to call, because there is a lot of variables, If Mercedes can keep it together in terms of Operation and Reliability it is an advantage to them since their driver is one of the best ever. Redbull needs to find the pace in the car. Will Milton Keynes give Max the car? Let’s see.