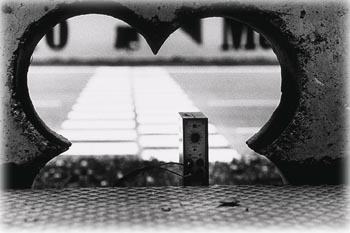 When Verstappen crossed the line in FP2 in French Gp he was 0.008 seconds faster than Bottas. It begs a question in many, how Lap times calculations are achieved? How accurately is this measurement? All this is explained in this section.

The Tech and Setup

The Circuit, for Eg. Redbull Ring will have loops in the track that the team has dug into the track. The loops are effectively antennae buried in the tarmac. They consist of two lengths of wire that run across the width of the track and back, 60cm apart from each other. It is placed in 10mm deep slots into the circuit and embeds the loops in them, sealing them with industrial silicone. Once installed, you wouldn’t notice the loops unless you specifically looked for them; positioned every 150m to 200m in the track, and every 40m in the pit lane, all you can see are pairs of thin black lines.

The loops track the cars as they go round the track. Each time a car drives over one, its transponder transmits a unique ID. The loop is connected to a decoder hidden behind the crash barrier that knows the exact time of day based on GPS. The decoder records the time at which the car passes the loop, and this produces an accurate picture of where each car is at any point. Extra sensors in the starting grid and pit lanes can tell if a car jump starts or how long a pit stop takes.

All of this information is fed back via a fibre ring around the track to the F1 Broadcast Centre, which is located in the centre of the circuit and acts as the technical team’s base. It’s also where the live broadcast of the race is put together.

The most important thing is getting the results of a track session, and there are multiple backup systems to make sure that happens. If anything fails – if a car rips through a loop, if the fiber gets sliced, if the broadcast center sets on fire – they should still be able to say who won the race and by how much.

Being such an important device a backup procedure on a seperate power source is a mandatory requirement in circuit. There is only one loop on the finish line, but it is connected to two decoders. If the main decoder fails, it can switch immediately to the backup. If the loop itself fails, or a transponder doesn’t work, then the officials in the timing room – an office with a clear view across the start-finish straight – look instead to a light beam at the finish line.

The final backup is a high-speed camera on the finish line. “Say you had a really big crash down the start-finish straight and a little bit of car debris flew into the beam hole, and the car scraped along the finish line and broke the cable – then you’d lose the beam and you’d lose the loop.“You’d be bloody unlucky! But you’ve got the camera. Assuming that no bit of wing went up and hit the camera as well.” And if it did? “The race would stop for a while and you’d go down and fix it.

Generally, before the race, A test car or the safety car will go around the track. This car is fitted with transponders and will trigger the timing loop. This is simultaneously checked in the Broadcast Center to check all the timings. If a loop doesn’t work, they correct the errors or change the settings. If the underground detection loop is broken it is replaced without damaging the tracks or the curbs. This system is also in place in the Pits and the starting grid as well.

Today, thanks to telemetry and sophisticated individual sensors on each car, the all-important positions of a Grand Prix car on the grid or even during the race can be – and often are – accurately measured in thousands of a second, or to .001 of a second.