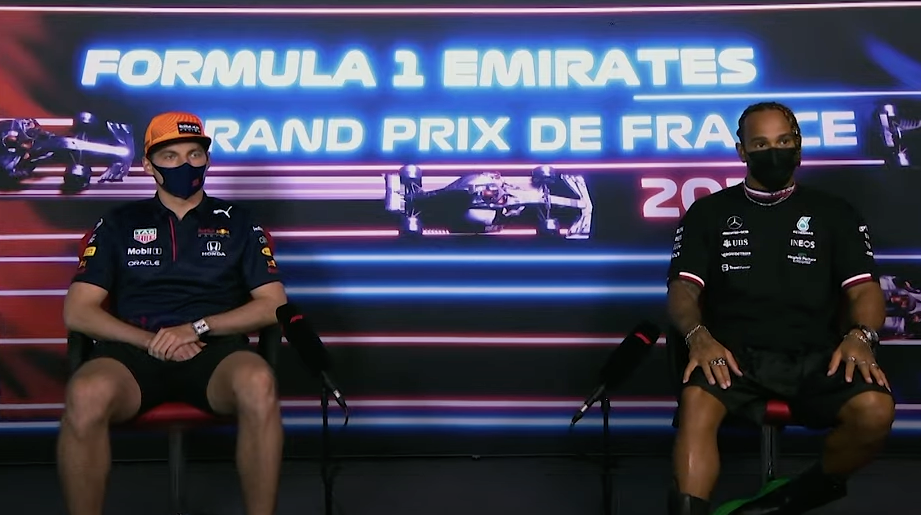 Normal Service Resumes as the Formula One returns for the 7th time this year to Paul Ricard for the French Gp. We look into how the practice session got on and what to expect in the Qualifying on Saturday.

So it’s Max Verstappen looking punchy heading into qualifying – but can the Dutchman maintain that advantage and take his first pole position since the season opening Bahrain Grand Prix this weekend? Tune into qualifying. My prediction is come Q3 Mercedes will be on top.

Seb in the Wall

The first practice saw Sebastian Vettel losing the car and went straight into the barriers but he was able to slow the car way down that limited the damage. Carlos Sainz was able to keep it out of the barriers but killed his tires in the process. Mick Schumacher and Nikita Mazepin both spun for good measure as well.

Mercedes look mighty strong as the rumors of Bottas using Hamilton chassis setup this weekend. There is no clear message on if Lewis is using Botta’s chassis though. Lewis Hamilton was seen complaining that there is something wrong with the car on Fp2 of the French Gp.

“Mercedes, after the session has confirmed that chassis interchange, has happened and it’s normal for them to do it every year and there is nothing more to read into it”

The curb out of turn 2 is proving tricky to many as body works come flying out as the cars hit the Kerb. Valtteri Bottas and Max saw bits of floor and wings flying off. Mercedes and Redbull then complained to Michael Massi about the issue. Massi couldn’t give a Fuck.

“Something has to change. Either you make a boundary with the curbs or you make gravel or something. If you go out, there’s an automatic penalty.”

The temperatures of the track are so high that soft tries can’t even keep up one full lap. Q3 will be all over the place I think everyone struggling to go at the same time. And Funnily there is a bump out of turn 5 in the middle of the track.

Max Verstappen after a setup change has pipped Bottas by 0.008 seconds at the end of FP2 in French Gp

Alpine is flying Ocon and Alonso is in the top 5 constantly. Ferrari as thought is still in contention. Leclerc with a super lap on the softs jumped to P5 with Alonso in 4th at the end of FP2 in French Gp. Mclaren was struggling for pace and grip as the car seems very tough to drive.

Aston Martin F1 is in a dismal state at the end of FP2 in French Gp as Vettel and Lance could not find any pace or grip in the car. Sergio Perez is a second adrift from Max Verstappen and lower engine modes might be the reason. He is playing the long game in for the strategy is the guess now. FP3 will give us more clues.

Max Verstappen laid down a marker ahead of qualifying for the French Grand Prix, heading the times by 0.747s from his closest rival, Mercedes’ Valtteri Bottas, as Carlos Sainz finished an impressive third for Ferrari. Hamilton, having swapped chassis with teammate Bottas for this weekend, and despite his best efforts, could only manage P5, nearly a second off Verstappen and only narrowly ahead of the McLaren of Lando Norris in P6.

Can Bottas make the soft tires work for him tomorrow and keep Hamilton at bay? Will Verstappen be able to get amongst the Black Arrows? Stay tuned for the Qualifying Report in the sunny, windy, and dusty French Gp