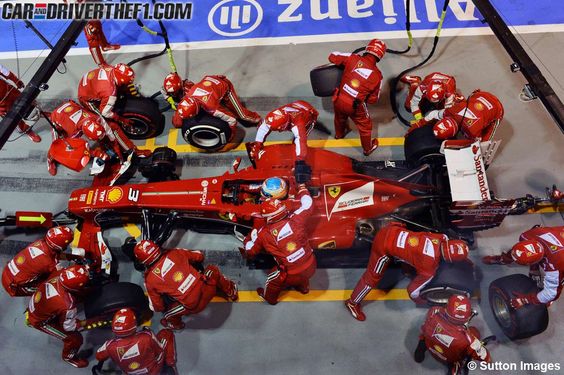 Italian Gp is the last of the triple headers after a fantastic display in Zandvoort. With Redbull’s Christain Horner saying that 0.1 sec is the difference between Redbull and Mercedes, everyone has everything to play for. In this section, we look into the iconic Monza track, the Tifosi and the expectations for this weekend.

From one banked corner to another but this time the corner is off track. This purpose-built race track opened its doors on September 3rd 1922. It has been on the calendar since 1950 except for one year where it hosts the Italian Gp every year.

The cars are on full throttle 80% of the time. If it wasn’t for the chicane, you will have blown up engines everywhere. With the first chicane deceleration from 350Km/h to just 70 Km/hr, the place is great for first lap tussle. Circuit characteristics aside it’s one great track.

If you enjoyed the drama of the inaugural F1 Sprint in British Gp, then you don’t have too long to wait for the next. The Italian Gp this week will be the second of three rounds to feature the experimental format this season and will follow a timetable identical to that seen at Silverstone.

Friday will open with Practice 1 in the afternoon, followed by Qualifying which sets the grid for the Sprint – in the evening. Saturday morning will see a second and final practice session, before the 100km F1 Sprint in the afternoon to determine the starting order for Sunday’s Grand Prix.

In Italian, Tifosi literally means those infected by typhus disease, a reference to someone acting in a fevered manner. Tifosi is used for a mixed-gender or an all-male group; masculine singular is tifoso, feminine singular tifosa, feminine plural tifose.

The word Tifosi refers to the supporters of Scuderia Ferrari in Formula One. They show up in Ferrari livery and provide Formula One with some of its most stunning images, as a sea of red fills the grandstands at Italian GP. One of the most common Tifosi sights is the display of an enormous Ferrari flag.

When Ferrari won at Monza for the first time since 2010 in 2019, a massive crowd of Tifosi went to the podium to celebrate the victory of Charles Leclerc. As revealed by David Croft during the podium celebration, there is a love-hate relationship between the Tifosi and Mercedes, who have always won in Monza from the start of the turbo-hybrid era to 2018. Whenever a Mercedes wins the Italian GP or makes the podium, the Tifosi would boo at the driver.

Expectations of the Weekend

A Ferrari podium is the ideal situation but it’s highly unlikely since this year’s car is good only on power-limited circuits. But they will at least aim for a podium or a good show of strength with both cars in 4th and 5th. Sainz particularly is not happy with the car after the upgrade package. He had two crappy weekends in a row and he will have to bounce back.

Charles Leclerc when trying too hard put his Ferrari in the wall at Parabolica last year. He just needs to calm down and accept the race with a good show in 4th and 5th. That’s the most important thing for staying ahead in the championship for 3rd beating Mclaren in the Italian Gp this weekend.

Perez got his mojo back a bit after some quality overtakes at Dutch Gp. He needs to be there for Verstappen. With him leading the championship by just 3 points both camps want the other driver to be a non-finisher if possible. Turn 1 and Curva Grande is going to be mighty tight if there is a 1 and 2 start of the Sprint Race in Italian Gp.

It’s bright, sunny and calm weather all week around. Perfect weather for a perfect weekend.