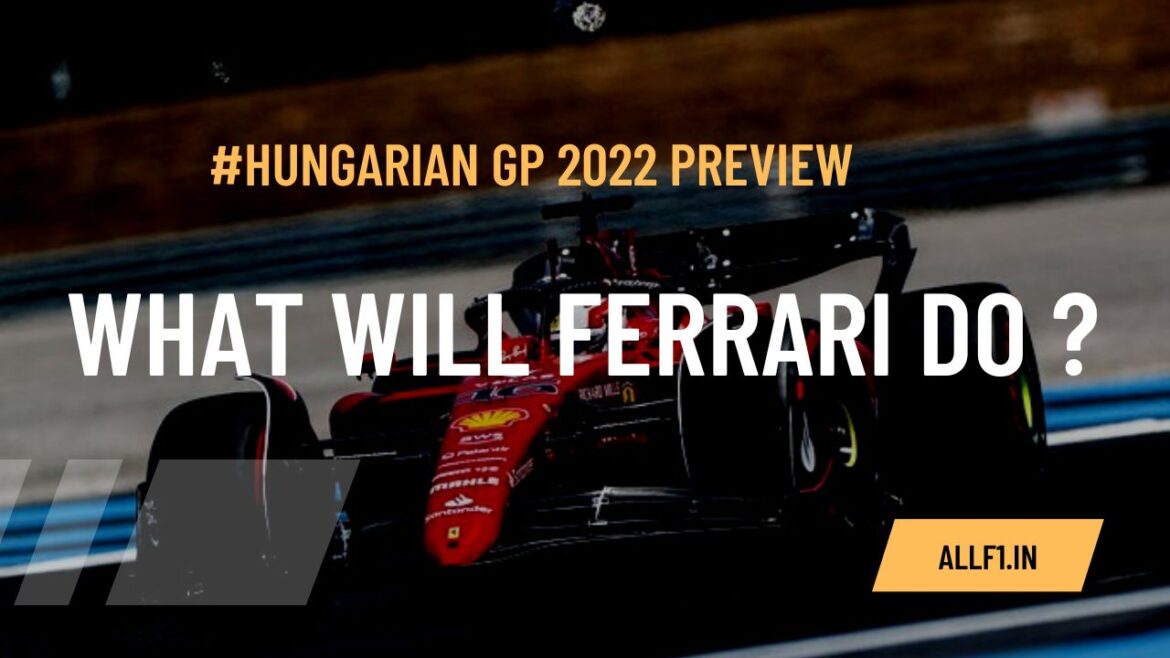 It’s Race Week and the Hungarian Gp 2022 is on like Donkey Kong. In this section, we look into the track, the expectations, the weather, and everything in between.

The Hungarian Gp Track was built in 9 months in 1986, it is a purpose-built track for F1. The circuit has since then evolved many times and this iteration of the circuit is 4.381 Km long and has 14 turns it is a difficult circuit to overtake. So Qualifying is very important here. With 70 Laps there is a DRS detection zone in the middle of turns 13 and 14, which is the slow section of the track. This means that slower cars that are good in slow corners can get out of the DRS range for the last straight.

But there is another DRS zone in the 2nd straight where all goes down to who is braver on the brakes. The lack of straights at the Hungaroring often sees it compared to a karting circuit – and it’s true, the resemblance is uncanny. With several series of corners to string together, teams opt for Monaco levels of downforce, with a well-sorted chassis tending to be rewarded over horsepower given the short straights on offer. It’s a challenge many of the drivers relish, however, finding a good rhythm is a key to fast lap times.

Usually, an underused circuit becomes faster over the weekend as the track surface gathers more rubber residue; however, with the Hungaroring, this generally does not happen, because the track can get dusty so quickly. The track frequently becomes faster during a qualifying session, which leads competitors to try for their best lap as late as possible.

63.6 % of the population of Hungary is fully vaccinated against Covid-19, making it the second-largest vaccinated country in the EU and one of the safest travel destinations. It will be a packed crowd event as in the French Gp last week.

The Expectation in Hungarian Gp

The Expectations are one thing and one thing only will Ferrari have a clean weekend. After the misfortunes in the last two races, they need both drivers on the podium. Though the strategy calls can be commented on; on various grounds, Ferrari is a team that is a proven winner. They have all the pedigree to sort this mess out.

Mercedes after a double podium in the French Gp will be looking to continue the momentum but if Ferrari and Redbull have a straightforward weekend the best they can aim at is 4th and 5th. The Alpine and Mclaren battle has gained attention. Alonso is the driving force behind Alpine, and Daniel Ricciardo is the losing force behind Mclaren. Let’s see how this develops.

Haas is getting the only upgrade for this season this Hungarian Gp and it will be only on Kevin’s car. Is it due to a budget deficit or time deficit? Time will tell. You can see them fighting in the top 10 in this Hungarian Gp.

Remember last time in 2021 when Botta’s snowballed everyone out of Turn 1. There is a chance of rain on Saturday at the moment. We will have a keen eye on the weather in the Hungarian Gp 2022 as the weekend progresses.

Either the stage is set for an Epic Duel between Ferrari and Redbull or both of them will tone down and play it safe. We will have to wait and see as the action unfolds in the Hungarian Gp.

One thought on “Hungarian Gp – Buzzing and Bold Budapest”