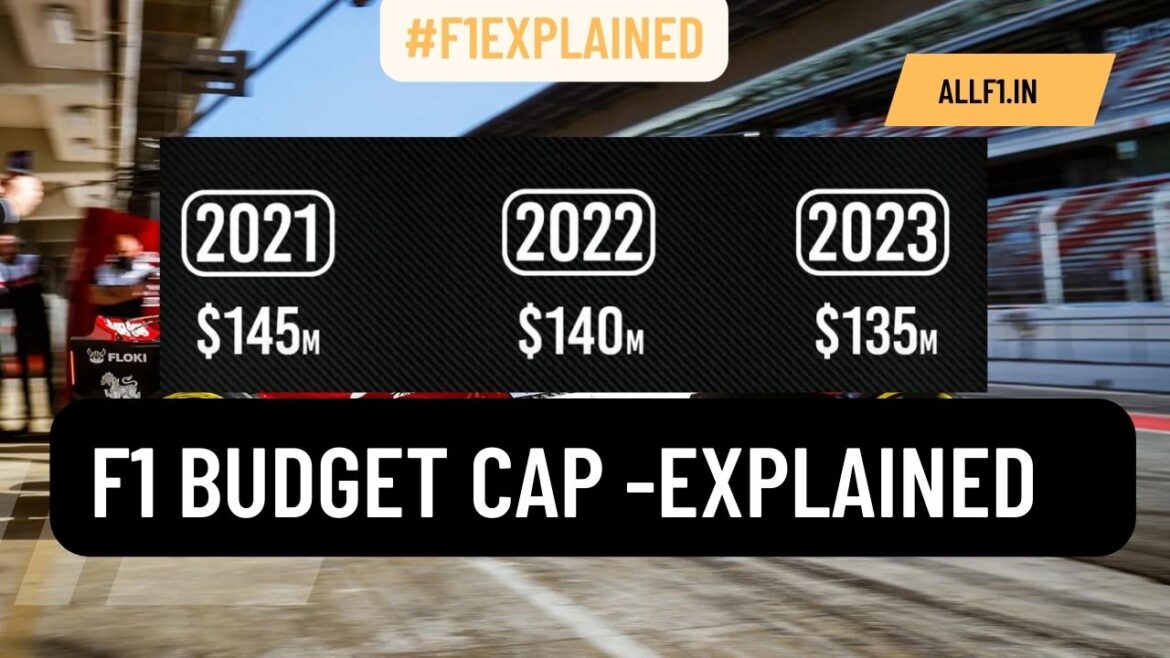 F1 Budget Cap is fast becoming the point of contention these days and this could change the pecking order in terms of upgrades shaking up the midfield battle even more. In this section, we look into everything that it is to know about the F1 Budget Cap.

Why the F1 Budget Cap

Formula one has been the playground of the rich for some time now. In the earlier years of F1 teams can spend as much as they like on the development of the car. There were times when each race has a new engine the car. This right now sounds ridiculous but the knock-on effect is that it creates an uneven playing field in the sport.

The Budget cap helps in eliminating these issues and certainly brings things under control and the money game has become an engineering game. This also helps in bringing in more players to F1 who are not in the sport because it’s being simply too expensive.

Technically there are three more spaces in F1 but finding the teams have been difficult even with the F1 budget cap. But having a cap the teams know what to expect. The other reason is to reduce the overall expenditure on the sport and its sustainability.

With a cost cap in place, the performance gap will be bridged between the front and back of the grid, and we may see a more mixed-up grid as a result, when compared to recent years. It will take a few years for this to materialize, and we’re yet to see the cost cap in full effect.

Suggested Reading: Dominance in Sport and its effect

How is it imposed and Checked?

The teams are audited by external auditors. FIA doesn’t monitor it regularly but it does periodic checks using an external Audit Agency to impose the Budget Cap.

The teams could probably hide some things as much as a company can hide particular income from taxes. If FIA finds out that a team intentionally misled the FIA the punishment will probably be severe though.

So these things can go from public reprimand to reduction of the cost cap in the following years, point deductions (WDC and WCC), reduced testing/simulation time up to race bans, and disqualification from the championship.

So it’s hard to say in general, but I guess it won’t be just a monetary fine. If of course depends on the circumstances: A team that slightly breaches the cost cap because of two destroyed cars in the penultimate race will be treated differently than a team blatantly ignoring the cost cap.

I guess there will be certain ways to be a little creative with some expenses, but they probably won’t be able to hide tens of millions.

What’s included and what’s not included?

Car design and development are the main cost inclusion. Manufacturing of the component is included as well. Testing and race operation costs are the other part of the expenses. Crash Damage has been included in this budget so This means that if another car crashes into yours, the cost will still come out of your budget Cap. While it can be frustrating, there is no way around it as it can sometimes be difficult to place the blame solely on one car or another for an incident on track.

F1 Budget cap exemptions for Engine purchases are not included in this F1 budget cap. Currently, each F1 cost cap engine has a maximum of 15 million out of the Budget Cap. Drivers’ salaries are also not included in this as they are huge amounts and it has been debated to come under a budget restriction as well but it would restrict the teams too much.

The Budget cap can’t be a fixed one and it can’t keep decreasing every year. With world order and inflation changing year on year with wars and climate change affecting the global economies and supply chain disruption up and down the order, it should be fixed year on year and checked year on year.