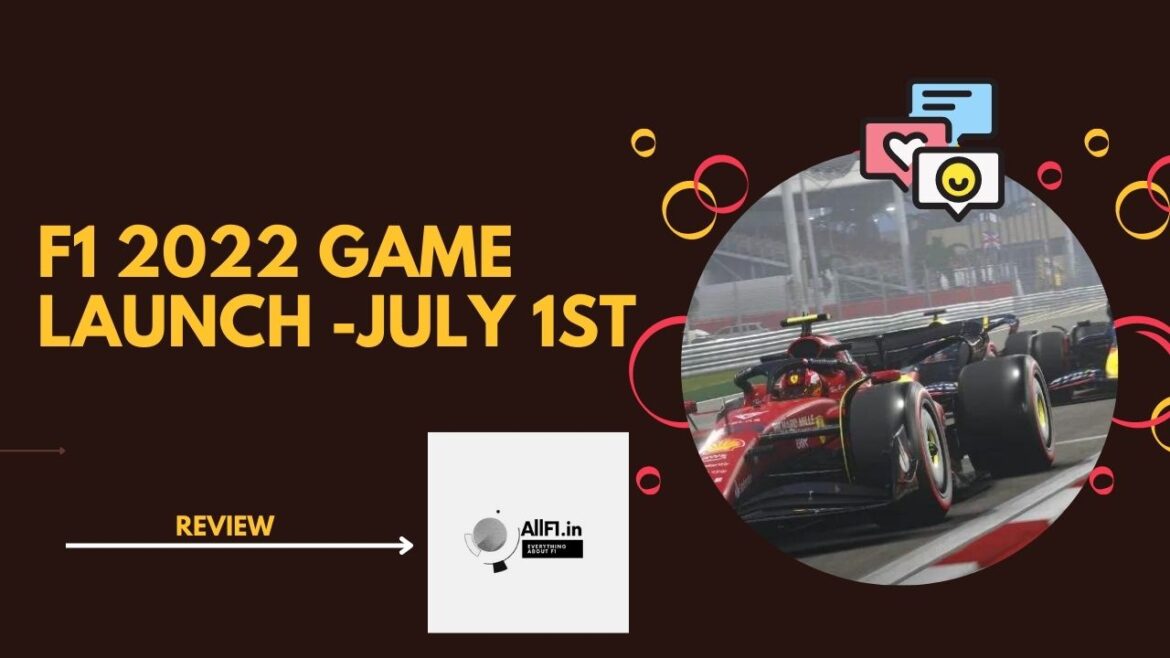 FIA’s all-new hybrid cars and updated rules were unveiled this season, EA and Codemaster announced. The game will supposedly be more “competitive and unpredictable” thanks to the major overhaul of F1 cars that happened in the real world and includes new features like PC VR support.

New Broadcast and Immersive modes in F1 2022 game will let players choose between more realistic or cinematic modes for formation laps, safety car periods, and pit stops. Multiplayer racing will use either two-player split-screen and online modes, or you can drive in VR on Oculus Rift and HTC Vive headsets.

F1 Life in F1 2022 game is effectively a place to show off your flair, style, and success on the track. It effectively replaces F1 2021’s Braking Point, but Codemasters has confirmed the story mode will return in future F1 games.

Codemasters is working with several clothing brands such as Puma, Sparco, and Beats to bring t-shirts, trainers, joggers, jeans, and more to the game for players to style their driver with, and for the first time in the series, F1 2022 game features a roster of supercars from Aston Martin, Ferrari, McLaren, and Mercedes. Players can drive supercars between races in time trials and Pirelli Hot Laps challenges.

For the first time, F1 2022 game will have crossplay! That means players on Xbox, PlayStation, and PC will be able to race against each other.

The only caveat is that this is coming in a post-launch update. The reason is Codemasters outsourced to a specialist team to deliver crossplay for the F1 2022 game. That team was based in Ukraine, and so for obvious reasons, that part of the game will miss launch and be implemented at a later date.

While F1 2022 game will feature the new Miami Grand Prix, several existing circuits will also be updated reflecting real-life changes. New screenshots show updated layouts for the Spain, Australia, and Abu Dhabi circuits. The Australian circuit is also laser-scanned, meaning it will be more accurate than ever. This is hopefully a sign that Codemasters will laser scan more tracks in future F1 games.

We’ve had the chance to go pounding around a handful of tracks in a preview build of the F1 2022 game. The selection of Imola, Miami, COTA, Silverstone, and the Red Bull Ring tested the cars.

The F1 22 cars have much more weight to them, as Codemasters has done an excellent job translating these heavier beasts to the new game. Perhaps the biggest notable difference is the inertia of the car.

With heavier wheels, it is harder to push and hustle the car through slow corners. It’s also harder to ride kerbs thanks to lower ride heights so the dynamics as far as the critics and game reviewers are spot on.