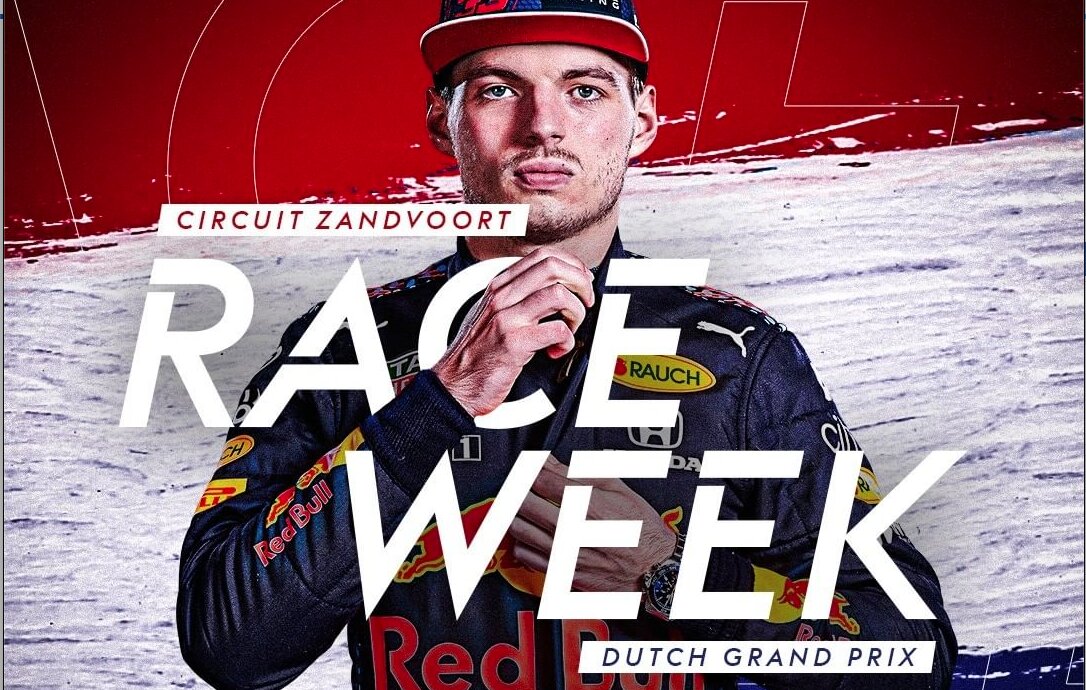 Dutch Gp is coming back to Zandvoort after 1985 for Round 13 of the Formula One World Championship. “Really Quick”, “Pretty Insane” and Crazy are the words that are associated with the old track. In this section, we look into the circuit its build and of course the Orange Army expectations.

Zandvoort is not only known for its legendary races and the fantastic atmosphere. The Dutch Gp track is also famous for its unique location. Only a stone’s throw away from the beach and with a beautiful asphalt ribbon in the dunes.

At a length of 4.3 kilometres, it ranks among the shorter circuits on the F1 calendar: hardly anywhere else, drivers zoom past the race fans that often! Here, you won’t find seemingly endless asphalt-covered run-areas, only merciless gravel beds. Drivers pay the price for even the tiniest mistake made on the track. The highly challenging circuit features 14 corners and will be fully upgraded to meet the highest standard whilst maintaining the unique character.

The link between Zandvoort and Dutch Gp is taking us back to the late 1930s when motorsport aficionados decided to organise a competition in Zandvoort. The race in 1939 was held on a temporary street circuit. After its huge success, it was decided to build a permanent facility. The first race at that circuit was held on 7 August 1949. From 1952 onwards, Zandvoort had its slot on the Formula 1 calendar.

In the 1970s, modifications were made to the track and new safety features were implemented. The last Formula 1 Grand Prix to date was held in 1985. The construction of a new holiday resort resulted in the circuit being shortened to an interim layout in 1988. In 1999, the track was extended to a full GP length of 4.3 kilometres. For the 2021 Dutch Gp, the circuit will be adapted at some points, but its unique character will remain unaffected says the constructor.

The list of Formula 1 heroes to have raced at Zandvoort is really long. The most famous winners from the track’s history probably are Stirling Moss, Graham Hill, Jim Clark, Jackie Stewart, James Hunt and Niki Lauda. They all mastered the track’s fast and difficult corners.

One of the most legendary races took place in 1985 when Niki Lauda had to start from tenth on the grid, but worked his way up to claim victory. With Alain Prost and Ayrton Senna, two further motorsport legends joined him on the podium. For Niki Lauda, victory at Zandvoort also proved to be his final career win.

Many drivers from the ranks of the Formula 1 grid has already had success in Formula 3 at Zandvoort. For instance, Lewis Hamilton, Valtteri Bottas and Max Verstappen know what winning at Zandvoort is like.

Max Verstappen is the clear favourite going into the Dutch Gp, There will be a sea of orange for the Red Bull. The Expectations are higher than ever on Max Verstappen and a little to more pressure for Sergio Perez. After Sergio Perez debacle in Belgium Gp, his performance is needed.

With Kimi gone at the end of the season and the Mercedes move almost final the F1 silly season is finally upon us. Rumours suggest that Giovanazzi is out and Bottass and Nick de Vers is coming to Alfa Romeo bringing with them a Mercedes Engine as well.

So every eye will be on Russell and Bottas, with each media framing the same questions in a different way to get an answer. But as Russell suggested there will be no announcement this week. Ferrari has a lot to prove after a double Q1 exit in the Belgium Gp Qualifying.

The Biggest expectation of them all will be Max Verstappen winning in front of his home crowd and making headway to the championship. Mercedes and Lewis Hamiton is keen on winning in front of the home crowd to prove their mettle. If done that would be the biggest flex of them all. This pressure though Verstappen can handle that, but how will the team and pit crew handle it in the event of an incident is another thing that comes to mind. All is it play here.

Over the course of the Weekday, it was expected to rain but the weather has cleared up as of now. Since the Dutch Gp track is near the sea wind and fine grain of sand blowing across the track might be another thing to worry about.

Rested, Refocused and Ready to attack is the underlining for the Dutch Gp for all Teams. Let the best man Win !!