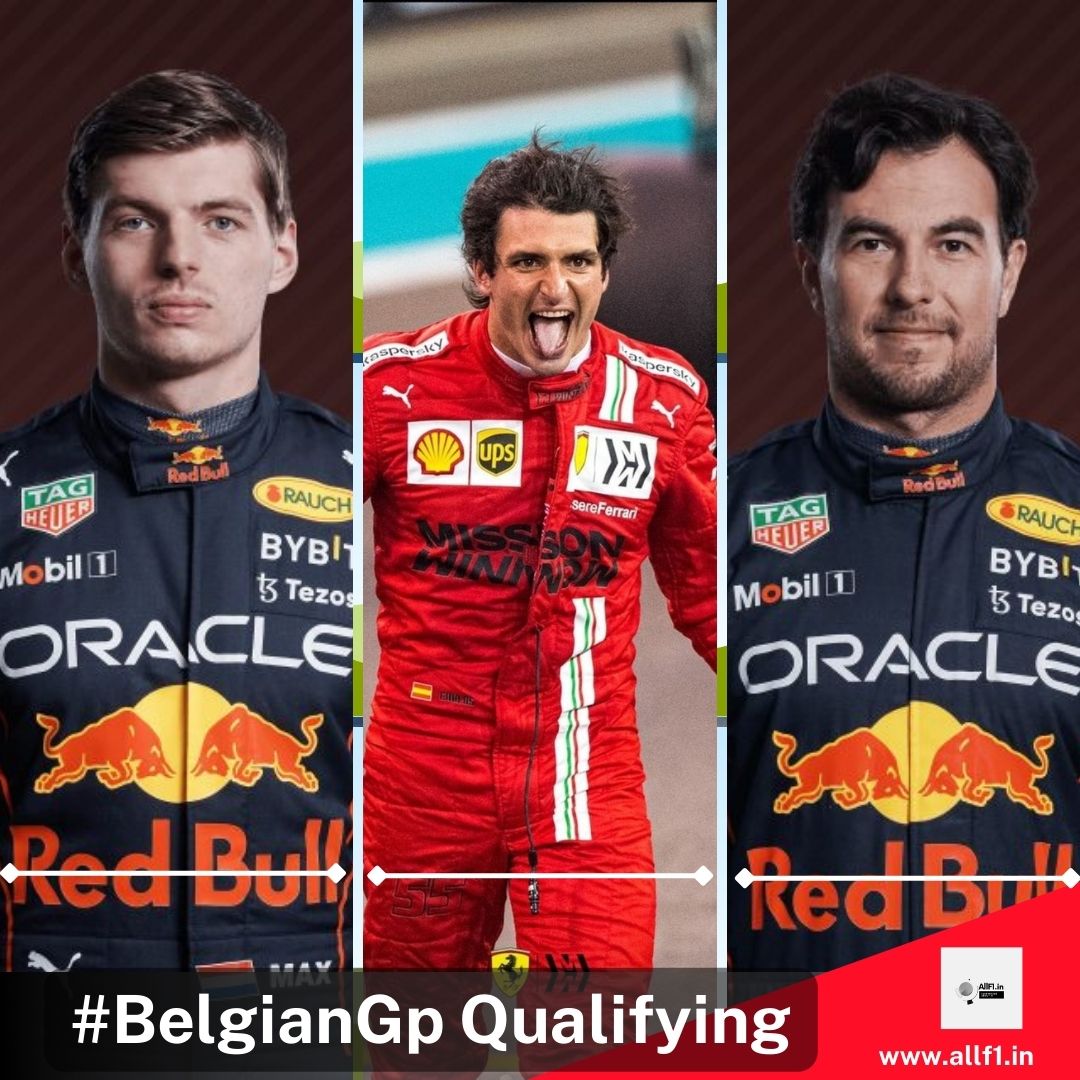 Belgian Gp, Round 14 of the Formula One World Championship comes to the legendary Spa Francorchamps.

The start of qualifying is delayed. There was a crash in one of the support races that required barrier repairs, which presumably are still continuing. The weather system puts the risk of rain for qualifying at 30%, which was the same as the final practice earlier today when a few spots of the wet stuff arrived at the end of the session.

Like last year, will it be George Russel on the front row tomorrow? Chances are immense as almost everyone starts from the back apart from Sainz and Perez. As the green light is on for the Belgian Gp Q1, Latifi is the first man out, and interestingly the Williams man is on the medium compound.

The first advantage to Verstappen then, and by quite some margin. Sainz has the edge on Perez in the battle of the two drivers most likely to be on the front row for tomorrow. Ocon and Alonso are fifth and sixth respectively as Alpine continues to justify their slot as ‘the best of the rest in midfield.

With two minutes to go, only Red bull and Ferrari are staying in the pits. Rest all are going in for the flying laps. Albon slots in 6th with his impressive lap, Hamilton and Russel go 7th and 5th respectively. Vettel and Latifi were knocked out.

Mercedes are out first with Hamilton once again towing his teammate out in used tires. The gap between the two Red Bull drivers is small though, Verstappen’s 1m 44.723s is just 0.071s ahead of his teammate. But, and there is a but. The Dutchman is on used tires, and Perez was on fresh rubber.

Still no sign of Ricciardo, but the other drivers in trouble are Albon, Zhou, Stroll, and Schumacher. Leclerc isn’t happy with his car still, complaining that it is jumping around all over the place. He did cut across the curbs on his last outing though, which probably didn’t help matters.

For the Lap that matters, everyone except Redbulls is out with a new set of soft. Leclerc goes top for what that is worth, Ricciardo can only manage eighth. Hamilton improves to fifth, and Russell is sixth. Albon then slots into P10 and that drops Ricciardo and Gasly out.

One of those weird Q3’s coming up where almost half the cars are irrelevant. Sainz and Perez are going into a straight fight. But will Perez’s car be out as there is some frantic work going on in the garage?

Albon heads out first, on used soft tires. He is the final driver to make Q3 this season, and he’ll want to make an impression now he’s here. He has nearly half a track’s worth of breathing room. before the rest start to head out.

Sainz slots into second, but he is still six-tenths back from Verstappen albeit in provisional pole once the Dutchman’s penalties are applied. Leclerc and Alonso are yet to set a time, the Spaniard aborting his lap and Leclerc out of sync as he fights his way through traffic to set a lap time that is good enough for fourth.

Verstappen is out of the car, and so are Leclerc and Norris. They all have grid penalties and so have limited reason now to go out again. All eyes are on Sainz and Perez. Sainz doesn’t improve and stays second – which is still a provisional pole. Alonso improves to sixth, Perez can’t beat that scruffy lap from Sainz and stays third.