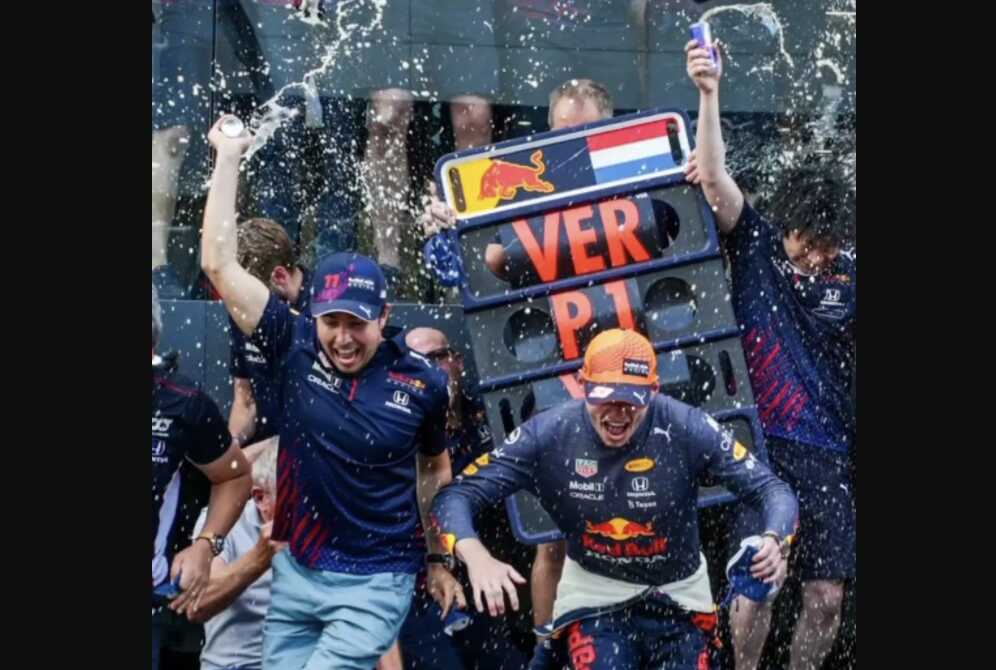 USGP at The Circuit of Americas is the Round 17 of the Formula One World Championship. Max Wins after a bold undercut and an early second stop. Mercedes even with fresher tyres has no answer to the pace of the Redbull in the USGP.

Well, the sun isn’t shining as much today at COTA, as the fans start to take their seats and get into position ahead of the USGP. It has dawned overcast and much cooler than the last two days, which might make things interesting although it is starting to heat up again.

The Grandstand is packed and it is going to be a spectacle to see who is ahead of Turn 1, It’s a long race says Lewis before the start will he take the lead from the inside line, Let see as we settle in for the start of the USGP.

The Start of the USGP

Verstappen gets a great start but so does Hamilton and they are side by side. Verstappen tries to squeeze Hamilton but to no avail – the Mercedes is through as Verstappen runs ever so wide and into the runoff area. that actually helps him as he slingshots back onto the track to be side by side with Perez now, who cedes to his teammate.

Verstappen is still able to follow closely though, just 0.7s back on Hamilton. With no gap between them, if they stay this way, the undercut could come into play. Hamilton will be crossing everything that his rival’s tyres start to go off in that dirty air, as we settle in for the USGP.

After complaining his tyres were overheating, Red Bull pull the plug and pull Verstappen in to undercut Hamilton. It is a decent stop, he bolts on some hards and returns behind Ricciardo in fifth.

Verstappen swiftly dispatches Ricciardo, with the help of DRS. Ricciardo knew that wasn’t his fight there today. He is looking incredibly quick here, which might give Mercedes pause for thought. Verstappen is thinking this one through, and radios the team to give his input into strategy suggesting they force Hamilton to go long by pulling in Perez and trying the double undercut. And that is what they do, the Mexican pulls in for a slightly slow stop, stays on the mediums which confirms a two-stop strategy for him, and off he goes.

Right then, all eyes on this one. it is a good stop, a set of shiny new hard compound tyres and he comes out. Six seconds behind Verstappen. Undercut worked a treat there. Hamilton though has fresher tyres now trying to catch Verstappen.

Vettel and Stroll are the only two yet to pit – they are running eighth and ninth. As for how it has all shaken out after the first round of stops, Verstappen is the big winner so far, leading by 6.2s over Hamilton. Perez, Leclerc and Ricciardo have held station, while. Sainz and Norris are still squabbling over sixth.

That VSC didn’t help Hamilton he lost half a second there. The track is up to a toasty 39 Degrees now, and that is not helping Perez; who doesn’t have a functioning drinks system as it stands. Far from ideal for the Mexican.

Second stop at the USGP

Here we go more hard tyres for the Max, a very slightly slow stop at 2.8s and off he trundles back down the pit lane. He comes out in third, a second behind Perez. Hamilton stays out and pits only on lap 37 and comes back with 8 seconds behind.

Traffic is wrecking Max’s race, Hamilton is 3.46 sec behind Max and 10 laps to go game on Hammer time! He is lapping 0.5 sec per lap faster. It’s the last 3 laps that will decide the race and the lead to the Championship.

That did not look likely with ten laps to go. But the Dutchman managed his tyres to perfection there and that could be a championship decided victory. He has doubled his lead in the championship with his first win on American soil.”Unbelievable,” he beams.

Hamilton couldn’t have done much more there – he closed the gap when he needed to, but found it too hard to follow closely in the dirty air on those last few laps. He is talking to his crew, while the cameras pick up a shattered looking Perez – the Mexican lost access to his drinks tube, and will no doubt need to rehydrate pronto!

There is just time to round up the top 10 before the podium celebrations begin. Leclerc was fourth, Ricciardo fifth. Bottas did pick off Sainz on the last lap for sixth, with Norris eighth. Tsunoda drove maturely for P9 and Vettel picked up the last point thanks to Raikkonen’s late spin.