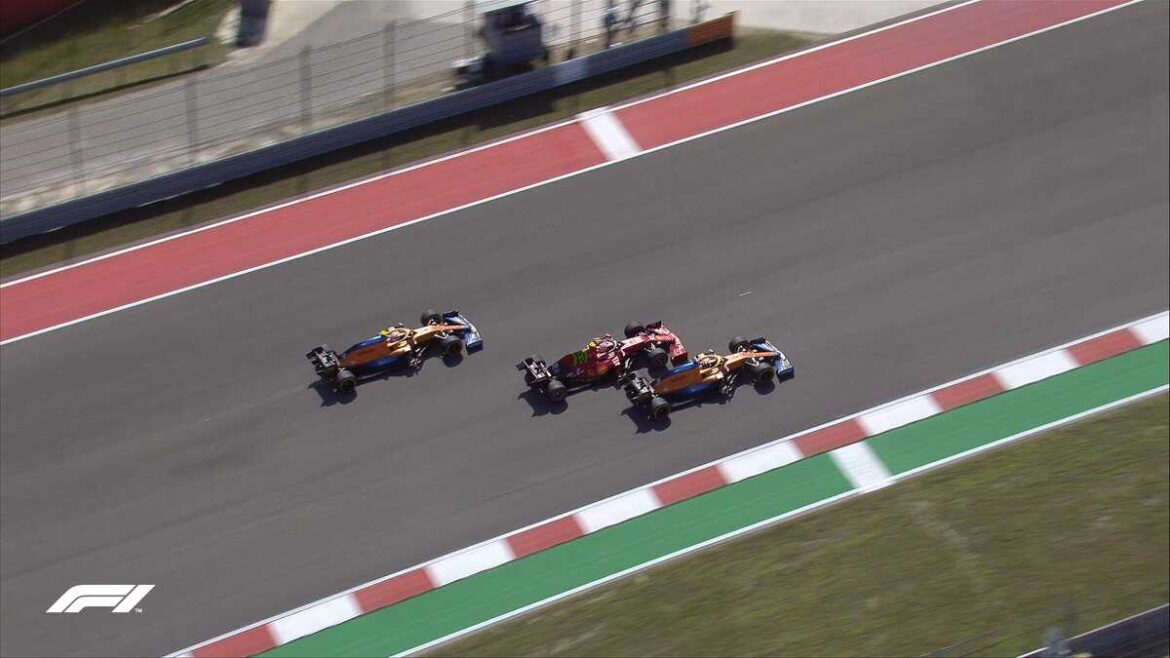 USGP in Circuit of Americas had everything. Though there was only one turn wheel to wheel battle between the protagonists, the race had everything. Read the full coverage of the race between Lewis and Max here. In this section, we look into the winners and losers for the bewitching USGP.

We saw strategic thrillers from Redbull and Mercedes, but what we wanted was a wheel to wheel battle. Ferrari and Mclaren did not disappoint. The Championship battle to the 3rd place is tight with only 3.5 points separating both teams.

The opening lap was so chaotic that Sainz, let the wrong Mclaren through to give back the advantage gained. When the Ferrari mechanics told Sainz to give the place back, he understood the confusion and passed one more Mclaren on the track.

But Ferrari threw Sainz race away with a slow pit stop or else they would have finished P4 and P5 like they started. Ricciardo move through the inside of the Sainz was a bit dirty in my opinion but all is well after the race. Speaking of Ricciardo he had a cracking weekend all through USGP and he was able to outrace Lando Norris and have a good weekend in general.

It is advantage Ferrari after the engine upgrade. Like the driver’s championship, this will go on until Abu-Dhabi and we hope to see it on the track.

Alpha Tauri’s Pierre Gasly had a weekend to forget, The bumps in the Circuit may have wrecked his suspension and we need to find more on that, but for two-wheel racing like Moto Gp, it’s a concern, for four-wheel racing, it’s a characteristic of the circuit. Pierre Gasly had issues at the start and that was reported as a sensor issue in the Grid.

Alpine had a Woeful day, after some saucy action from the veteran’s in Turn 1 and Alonso celebrating an illegal move to show the middle finger to the stewards, it was all there. Alonso is giving it to the stewards for the last couple of races. Remember the charge down to the runoff in Russian Gp.

Esteban Ocon had to retire the car after mechanical issues in Lap 42, as Alonso follows suit before the end of the race. Alpine is in a fight with Alpha Tauri for the points.

Alfa Romeo failed to cache in on the good opening lap as Fernando Alonso came to spoil the party. After the debacle, Kimi was in 10th as he overcooked it in sector-1, gifting the place to Sebastian Vettel.

Norris was having a quiet race but since he was running so close to all the other car’s and as the eagerness to pass the Ferrari he made some drastic moves that might have ended very badly for all parties involved.

Rebull is the clear winner here in the USGP, with a second double podium back to back. With Mercedes running back foot on reliability and Bottas taking 6th Pu things are looking up for Redbull. But in this sport, luck and disaster is a millisecond away.

Yuki Tsunoda had a good race, he is making clean races after Alex Albon has come into the picture. Alex Albon is now the driver coach for young Yuki. He has made it to Q3 on all the occasions after Albon’s intervention. Yuki has speed but needs some help seeing the bigger picture and he was able to get into points finish when Gasly is out.

Sebastian Vettel, made it into P10 after a P18 start, as Mercedes customer teams are looking into the barrel end of Engine Penalties, Williams too took the engine penalty. Mclaren has Lando yet to take an engine penalty. With one point separating him and Perez for the 4th place in the driver’s championship it’s anyone’s game now.

Backmarkers played an important role in the USGP. As we saw following in dirty air is difficult, the backmarkers sure played their role in stopping Verstappen’s charge. Mick Schumacher evidently had all the potential to spoil Max’s race but in turn, favoured Max giving him DRS and Hamilton was favoured by Alonso, Kimi and Giovanazzi by keeping Verstappen at bay and earning a black and white flag for his behaviour.

Verstappen was quick to come onto the radio and said the team to call Michael and get him out of the way. But it was all good at the end but it was too close to comfort. Backmarkers have their own race but they should not cover anyone of the top runners. Do the Blue flag rules, like the red flag rules need overhauling? Let see!

F1 2021 has given us entertainment beyond belief, Next stop Mexico!