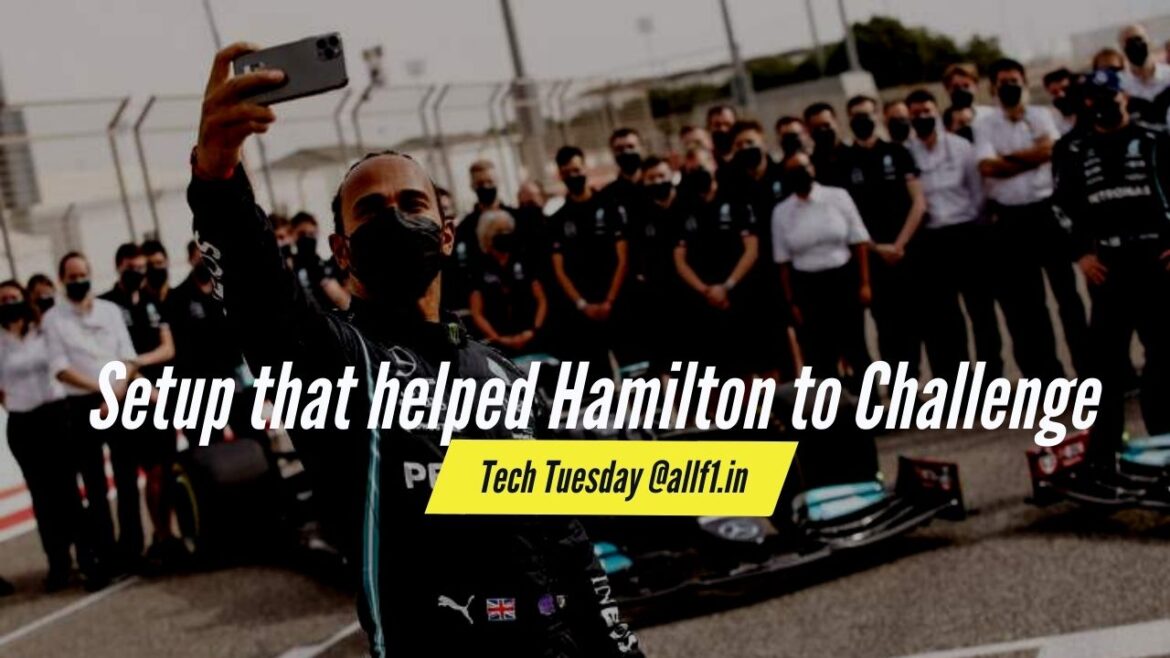 Tech Tuesday, this week looks into how Mercedes were able to find the sweet spot in Lewis Hamilton’s car over the winter that made the championship what it was.

When a car is developed based on only one circuit, the reality is that it will be dreary on other circuits. So what they do is keep the aero package and engine package as optimal as required and manipulate the vehicle dynamics of the car according to the input from the data and the drivers.

This is why Friday practices sessions are important as any. Though we fans get nothing out of it apart from the occasional shut it is generally a snooze fest. But for engineers in the garage and back at the factory, it is the most important time of them all.

For Normal circuits like Monza, Monaco and Montreal there is a large number of data sets available from the previous races. This data includes different tyres, different weather, different tyre temperature in all possible combinations. That’s why experienced drivers enjoy the break between races and go surfing.

But when the track is new like the Jeddah Corniche or Qatar there is no data available. That’s why racing drivers go to the sim and generate the baseline data for the circuit and this baseline setup is the one that will be tweaked all around the Free practice sessions to get the driver and car in the groove with the track.

In Brazil, it was a potent fresh power unit that gave Mercedes and Hamiton the Edge. But at Qatar a week later we know that neither of those things applied – the old high-mileage PU4 from Turkey, Austin and Mexico was back in the car there and the experimental new FIA flex test was introduced.

Yet still, Hamilton was conclusively faster than title rival Max Verstappen by the second-highest margin he’s enjoyed all year, second only to Brazil and not by much. Yet the Mercedes appears to be identical and hasn’t benefitted from any outward development parts since Silverstone.

In preparation for Brazil this year, Mercedes did do a fundamental rethink on set-up. Specifically for that track, as related by trackside engineering chief Andrew Shovlin at the time.

Although it was attacked as a problem specific to Interlagos, it seems the rethink may have put the car in that place where Hamilton can conjure more than the sum of the parts. Even prior to this year, Hamilton has talked about how he spent years challenging the aero team to see if they could nudge the aero balance rearwards whilst still retaining the required efficiencies.

And how each year they’d been able to do that a little more until by 2020 he finally had a car which he loved, in which he could attack the corner entry super-aggressively, knowing that it would respond and that the back would keep up. Each year since the regulation reset of 2017, Merc had delivered a car ever-more towards Hamilton’s preference.

Is it possible that the Interlagos rethink – perhaps aided by how potentially powerful the diffuser stall has become since the Silverstone upgrade and the bigger rear wings and set-up windows that allow – has quite accidentally brought more than anyone realised was there.

In an event where the variable is the definition of the sport, the perfect setup is a myth, a legend to be beheld. But the teams and the engineers work tirelessly for finding something that is damn near perfect. Remember the Lewis Hamilton Praise in Japan say the car is flowing in 2019 it was damn near close in 2021.