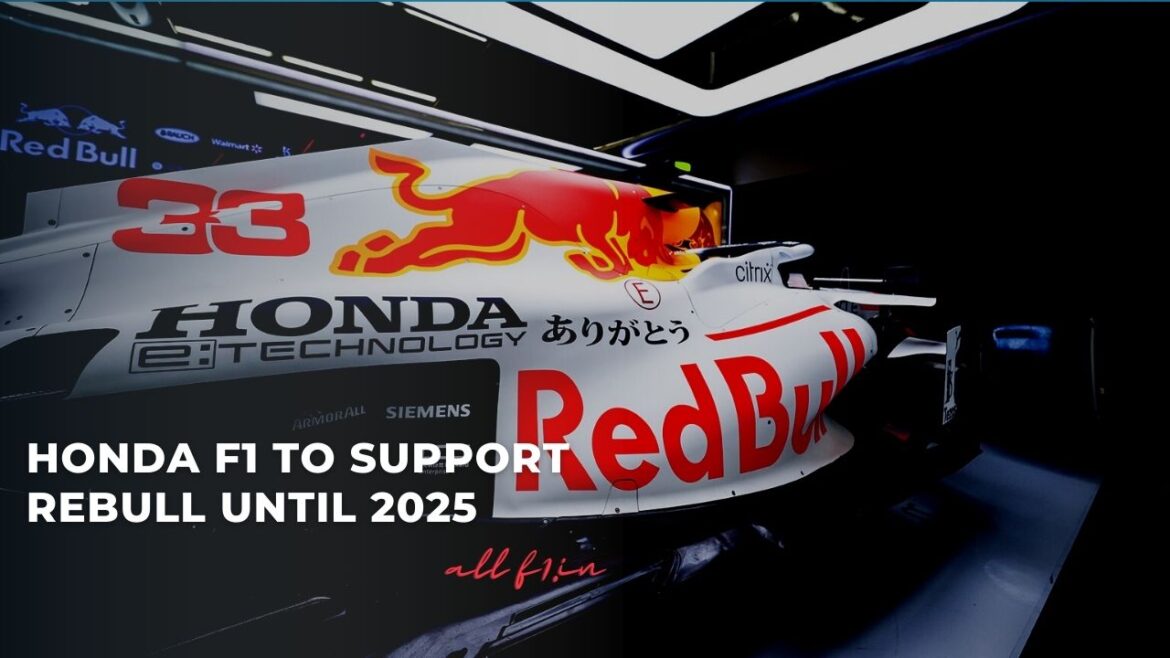 Honda F1’s project boss Masashi Yamamoto is officially switching from Honda F1 to Redbull and the collaboration between Honda F1 and Redbull will continue until 2025 reports Racing News 365.

Everyone thought it was the worst move possible but Redbull and Honda F1 was a match made in heaven. Though Redbull have nowhere to go after the Renault debacle and Honda F1 needs to save face after the Mclaren troubles.

When Honda F1 moved to Red Bull for the 2019 season, Red Bull did not demand a size zero package. They asked Honda to create the best engine and developed the chassis and aero package around it.

The tears that streamed down the faces of Honda’s employees when Red Bull’s Max Verstappen gave them their first victory since 2006 in Austria told you how much it meant to them. Their return to F1 with McLaren had been brutal. But they refused to give up and found refuge with the Red Bull family. Since then, they have not looked back and at last, they have been rewarded.

Honda’s success in F1 this season has been hugely popular, with rival teams and manufacturers queuing up to offer their congratulations. The Japanese manufacturer has dug their heels in and refused to give up. Buoyed by a new atmosphere at Red Bull, after a bedding-in year at Toro Rosso, they have flourished.

Until now, it was assumed that Honda would continue to prepare the engines for Red Bull from Sakura in Japan in 2022 and 2023. The big difference with before is that Max Verstappen’s team now has to pay for the engines. After 2023, Red Bull would maintain and manage the engines within the newly established Red Bull Powertrains.

But new information has revealed it will continue to do so until 2025. This construction does not stand in the way of the sharply formulated climate goals – the main reason why Honda F1’s formally says goodbye to F1. Because engine development will be frozen until 2026, no R&D or financial investments are involved and what does cost money can be (partly) invoiced to Red Bull.

So much remains the same. In fact, one of Honda’s defining faces will simply remain in the Red Bull pit box. The director of Honda Motorsport, Masashi Yamamoto, will switch from Honda to Red Bull in 2022, to remain involved in an advisory role there and to continue chasing title success with Verstappen and Red Bull. Multiple sources confirm this to RacingNews365.

This partly fulfils a cherished wish of Yamamoto. If it had been up to him, Honda F1 would have continued in Formula 1, with ‘full factory support’ to Red Bull and AlphaTauri. However, they decided differently from above, which was a bitter pill for the passionate and at times even emotional Japanese.

As I thought and predicted before, Red Bull will simply take over the entire Honda F1 department in terms of costs. The current technology of the engine will probably remain Honda’s intellectual property, only we will no longer see Honda on the car but ‘Red Bull Powertrains’.Especially on paper so many changes, in practice relatively little except that the English department of Honda F1 will move to the new building of Red Bull Powertrains in Milton Keynes.

By playing it smart, Honda F1 has now achieved an engine freeze and can develop the 2026 engine without any justification, test restrictions or budget cap. So they will continue to build and supply the current Honda f1 engine until 2026 and will be ready to “get in” again in 2026, even though they have never got out. But they wanted to get rid of those costs and they succeeded by “leaving”. RBR then came to pressure and signal to leave the sport if they couldn’t get a good engine.