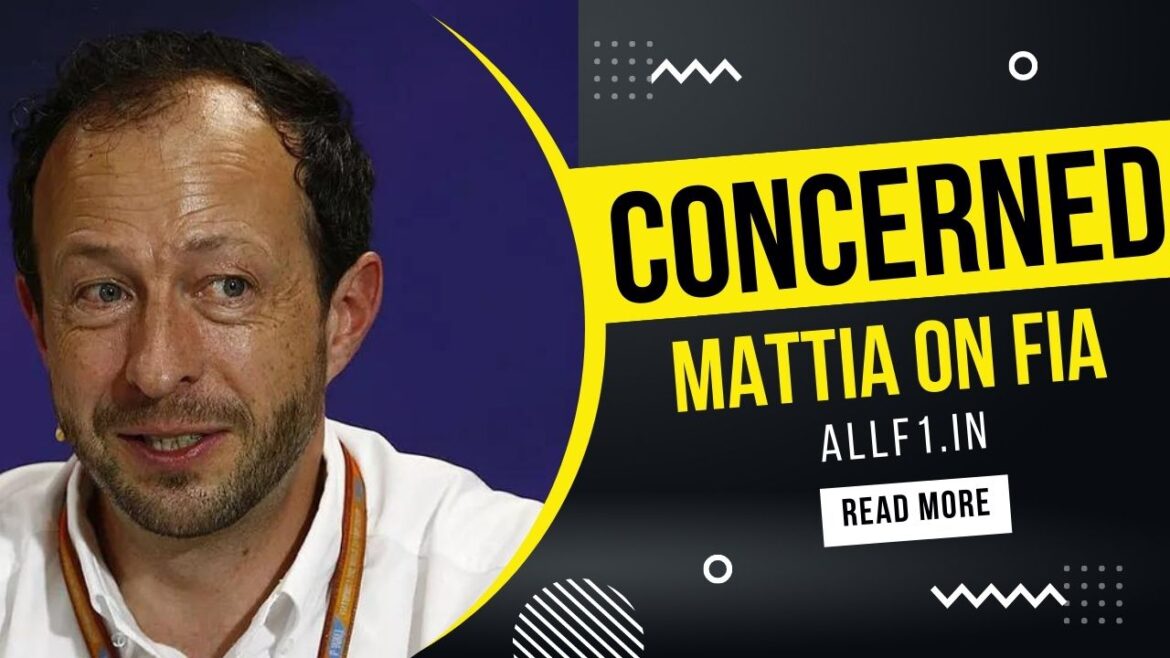 FIA announced Shaila-Ann Rao as the replacement for departed Peter Bayer in twin roles as secretary-general for sport and F1 executive director. This is a big “Concerned says Ferrari team boss Mattia Binnoto. In this section, we look into the views of the appointment from Toto Wolff and Mattia Binotto.

The Secretary-General for Motor Sport is responsible for the activities of the FIA’s sports department, representing FIA sports clubs worldwide. This includes facilitating the exchange of information and best practices between clubs worldwide and implementing the decisions taken by the World Motor Sport Council. In carrying out his/her duties, the Secretary-General for Motor Sport works in collaboration with the secretaries of the various FIA Sporting Commissions. As of April 2017, more than 80 people of 10 different nationalities are employed in the FIA Sport division based both in Geneva and Formula 1 GP.

Bayer took up the role as the FIA’s secretary-general for sport in 2017, overseeing all activities in the FIA’s sporting department right the way from go-karting up to F1, as well as working closely with member clubs across the world.

Suggested Reading: Mohammed Ben Sulayem has an Alarming job to do!

The Austrian became the FIA’s F1 executive director at the end of last year prior to the controversial end of the season in AbuDhabi, overseeing its F1 operations. As part of his role, Bayer was placed in charge of overseeing the investigation into the events of Abu Dhabi, where Lewis Hamilton lost out on the F1 title to Red Bull’s Max Verstappen on the final lap restart after former race director Michael Masi failed to implement at least two articles of the sporting regulations.

The FIA confirmed that Bayer would be replaced on an interim basis by Shaila-Ann Rao, who previously spent two years with the FIA as its legal director and has recently rejoined the organization. At the end of 2018, Rao left the FIA to join Mercedes as general counsel before becoming a special advisor to Toto Wolff in January 2021.

Inevitably, her return to the FIA after establishing such a close relationship with Mercedes has raised a few eyebrows among rival teams.

“Yes, certainly it’s a concern,” said Binotto when asked by Autosport. “I think she’s a great person. She’s got a lot of experience, she will certainly be capable of doing the job. I’m pretty sure about that.

“It’s a concern, but it’s only a concern. I think it’s down to them [the FIA] to make sure that there will be no conflicts of interest at all, to behave properly, and it’s down to the president to ensure it. I’ve got the trust that they will do it.

“As a team, we are concerned, but I’m pretty sure that that through the behaviors, through the decisions, they will prove it’s a wrong concern.”

Toto Wolff meanwhile said that Shaila-Ann Rao is a good hire and her presence would actually improve matters for the teams as she is all about transparency and good governance.

“As for Shaila-Ann, she was at the FIA, before she joined us

“And I think this is something that we have always criticized in the past, that things weren’t always as transparent and as clear for the teams.

“And I think this is one of the key topics that she will be trying to implement. And that is good news for all of the teams.”

As to why Peter Bayer has left it a no-access secret, precisely brings us to the key question that just how might the F1 fandom and world react to the news that Peter Bayer, who’s been a significant figure of the FIA for over the last half a decade, has decided to move on?