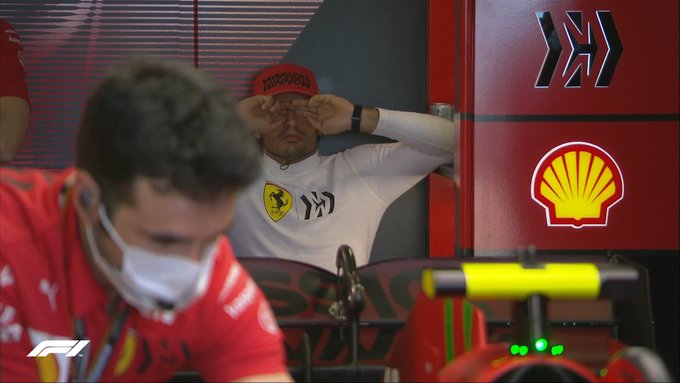 Glitz, Glamour, and Race cars it is Monaco Gp and the Free Practice in this section we analyze everything we learned at Free Practice and the Qualify Expectations.

This weekend marks the 2nd year in the passing of Mercedes’s mentor Niki Lauda. Mercedes Toto Wolff said Niki won’t be far from our thoughts in Monaco. A victory for Mercedes will be of great tribute.

Williams is heading into its 750th Race this weekend. We remember and Salute Frank Williams for the amazing journey. The Origins of the team video attached below

There is no Monaco Gp practice session without someone kissing the wall. This is because the margin of error in this circuit is nearly zero. Fernando Alonso was the first to kiss the barriers at an unusual last corner. Luckily he suffered only the wing damage and was soon out on the track.

The kissing continued with Carlos Sainz brushed his Ferrari at the swimming pool chicane. Meanwhile, the other Ferrari driver and hometown hero Charles Leclerc suffered a session-ending gearbox issue on his 4th Lap. The Netflix Curse is still on it seems.

McLaren gulf livery was fantastic indoors but it’s too reflective for a sunny Monaco Gp. Norris after inking his contract with McLaren was finding it difficult at the initial stages but made a decent effort to 6th. Ricciardo though is at the bottom at 15th still struggling with the car setup.

When Most of them are on Medium, Perez sported the soft tire and went to the top of the timing sheets and stayed there. Gasly’s 4th fastest time is also on soft tire. Since the track is an upper builder, that is in the initial stages cars and drivers take it slow, keeping it away from the barriers but as the session progresses the time keeps tumbling.

Sainz though got a nice place on the track between cars and was toppling the timesheets over and over again finally finishing 0.1 sec behind Perez on a Medium compound tire. Max was third and couldn’t seem to get it going or stuck in traffic.

With the driver more confident now there were many close calls on the Monaco Gp Practice 2. With Lewis Hamilton perfect slide control at the Neuvel chicane or the Monegasque Charles Leclerc who save a drift at Rascas. But Rookie Yuki and Mick were not that lucky. Yuki rattled the barriers at the swimming pool chicane putting an end to his session. Mick dropped his has on the entry to Masanae red flagging the session.

Sainz and Leclerc are at the top of the timing sheets after Hungary 2019. A rare treat for Tifosi after a very long time. The Ferrari pace looks genuine and not some engine modes according to the telemetry data after the sessions. Data suggests it is, the Ferraris just 0.09s off Red Bull’s leading pace, and 0.03s adrift of Mercedes in qualifying trim. And they are a match for Mercedes in terms of race pace, 0.14s adrift of Red Bull. Potentially exciting times ahead, then, for the Prancing Horse.

The track is 20 degrees cooler. It’s all about full lap long run pace. Leclerc and Sainz quickly went to the top of the tables. Verstappen on softs slotted into 2nd place. Mercedes seems to be sandbagging or warming issues in the tire. The FP3 is where you perfect the balance of the car for Qualifying.

The final 20 minutes saw all cars on the new set of softs. Nicholas Latifi binned it in the swimming pool and brought the red flag. Marshalls in Monaco have cranes all around so they can pick the cars out of harm’s way. The final stages saw Max going to the top.

Take Away and Expectations

Monaco Gp is a track where slow and speeds downforce favoring cars that work well in Barcelona Sector 3 with the tight and twisty bends. This could be Qualifying that we have been waiting for ages. Track position is king in Monaco Gp, but there is too much traffic and space is scarce.

Sainz is better through St Devote & as a result, has better acceleration up the hill, but it’s the middle sector that Leclerc is really shining through. He’s getting on the throttle earlier, gaining time with very short-shifting acceleration to optimize the engine torque & find the perfect traction. At Tabac, Leclerc is literally throwing the car into the corner! Lifting his foot for much less time than Sainz & is close to being 4 tenths faster than Sainz. Carlos has more confidence in the last sector, mainly through Rascasse.

Redbull has a new floor and a modified diffuser. They appear to be in trouble & have a big hill to climb if they are to be In the fight for pole. They don’t have the easy margin in terms of power that can be utilized to make up for the set-up work that needs to be done on their car to find a leap in performance that will allow the Max to fight for pole in Monaco Gp.

Mercedes as is with this Monaco Gp FP session, Merc continues to run with a very low engine mode & has a good base setup, Lewis is losing most of the time between Mirabeau & the tunnel – which is the slowest part of the track. This says more about how great the mechanical grip is on the SF21 than any other car.