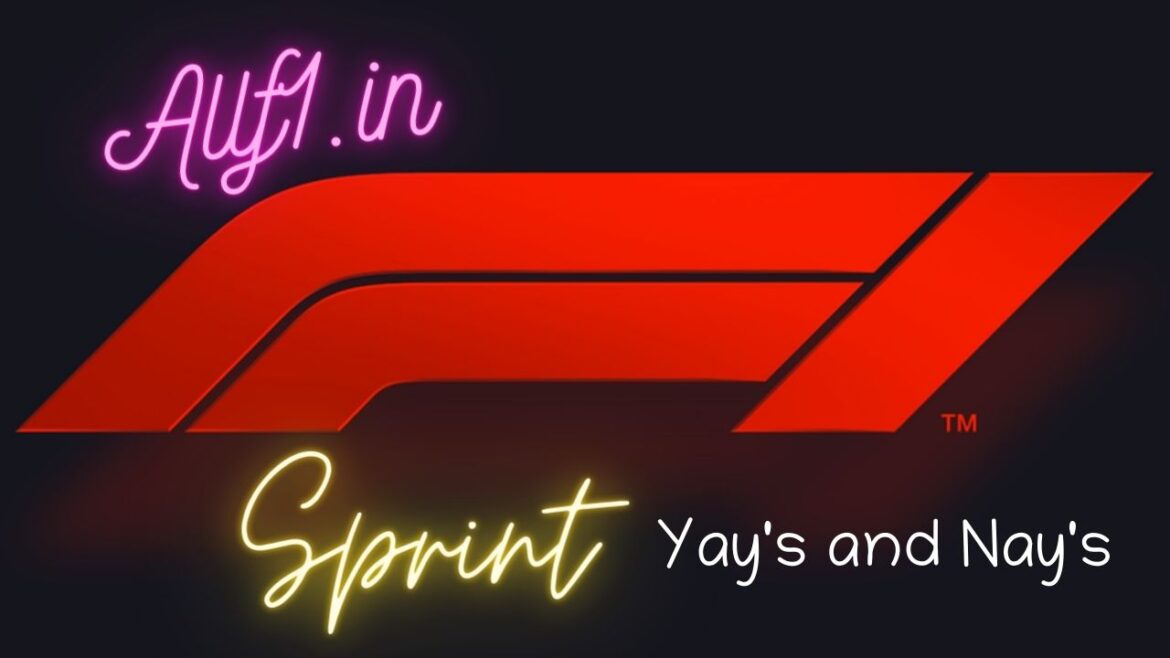 F1 Sprint for 2021, a three-race trail has been done. With Bottas winning two of the three F1 Sprint, yes according to the FIA it’s not a race, even though it has everything of a race. Has the F1 Sprint caught the fan attention? In this section, we look into the intriguing yes and no’s of the format.

What is F1 Sprint?

For the newbies. Generally, the race weekend has a press conference on Thursday, Free Practice 1 and 2 on Friday, and FP3, Qualifying 1,2, and 3 on Saturday for starting order for Race on Sunday. Q1, Q2 eliminate the bottom five and Q3 qualifiers should start the race on the tire in which the Fastest time was set in Q2. Q3 is basically where the lightest fuel load cars go head-on for starting positions in the top 10.

F1 Sprint though, is a format in which after the Quali there is a 100 Km race (1/3 race distance) for the grid positions and some points will be awarded for the top finishers. So the weekend will be more or like Thursday Press Conference. Friday FP1, Q1, Q2, and Q3, Saturday FP2 and 30 mins Sprint Race followed by a full Grandprix on Sunday.

Why do you need F1 Sprint?

The Race weekend is more concentrated on a Saturday and Sunday in the older format. Friday seemed left out, so in order to have entertainment for the whole three days, and to add value to the weekend the sprint is needed. If there is qualifying on a Friday, it will generate more attention and in turn more income.

Since there is also an F1 Sprint on Saturday, the crowds see more action for the cars and will also in turn fill the stands. They were trail running F1 Sprint for at 3 weekends in 2021. Monza, Silverstone, and Brazil. It also adds a bit of jeopardy to the grid shaking up the line-up for the race on Sunday.

Yay’s and Nay’s for F1 Sprint

When the track is right and has a bit of drama like Lewis Hamiton charge in Brazil Gp from P20 to P5 in 24 laps was mighty entertaining. But races in Monza and Silverstone after the first corner it was either a DRS train or a snooze fest.

Many suggestions came in for F1 Sprint to be a standalone event. Quali sets the grid for sprint and then make the regular race grid based on Qualifying but why would teams run this event. If there is a points advantage for championship rivalry then yes but you can’t expect that every year in F1. Last year Lewis wound up the championship in 2020 in Turkey, what is the necessity of a Brazilian Sprint?

Sprint races are too long to be considered Sprints. I really feel they should make them 10% races, 7-10 laps and worth half points. This makes the drivers be in full send and not as worried about breaking the car before the actual event the next day. Drivers have been fairly conservative with defending and passing in the Sprints. By making the sprints worth more points and making them shorter races, we might see some more action and see drivers treat them a little more aggressively.

But the teams are not very keen on it. Teams are sceptical about it. Many in the paddock believe that it will be a huge cost associated with running a race however small and short it is. In the meeting after Bahrain GP, an amicable solution has been reached regarding the budgeting for this extended format.

The cost associated with an untoward incident like Perez in the wall in British Gp will cost the teams much more than the allocated budget and if there is a rebuild overnight and a penalty thereafter it may cost them severely. F1 is an unpredictable sport but the cost that comes with it is unbearable.

Toto, Zack, and Horner are on board with trying the format, but they have also been very vocal about this is a testing phase and are willing to give it a go since the rights owner Liberty Media is very keen on it. A Reverse grid would make it interesting but Mercedes were not onboard and Hamilton rubbished this claim long ago. Read here for more.

Doesn’t add anything for me and it’s worked out exactly how I thought it would. A bit of interest at the start of the race but no driver was willing to take a risk. Had Hamilton started first yesterday nothing would’ve happened. The more sprint races we have the more the format will be exposed.